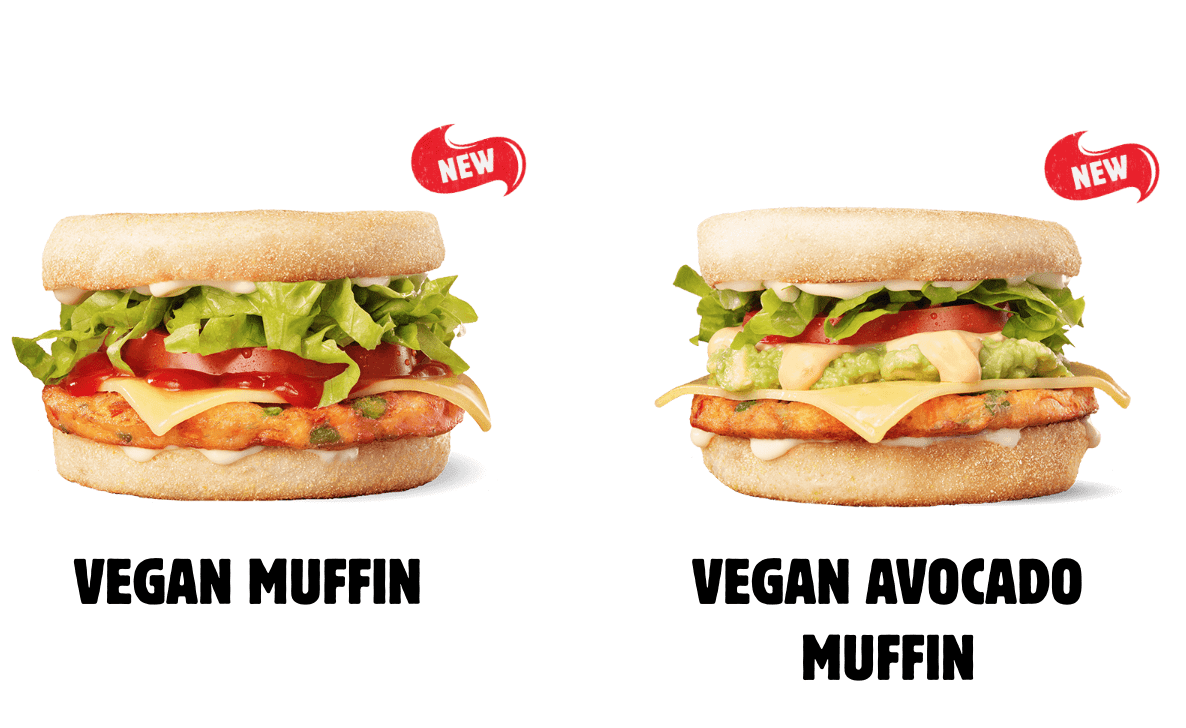 With the fast food world now coming around to the increased popularity of the vegan movement, we are beginning to see more and more vegan options at traditionally ‘non-vegan friendly’ establishments.

In Australia, one of the trailblazers has been Hungry Jacks who have already released two variations of their new Vegan Burger into the market.

Now they have done it again with the release of two new breakfast options for the hungry vegans! A vegan muffin and a vegan avocado muffin are now available every morning until 11 am.

They describe the item below:

“An English muffin with a veggie patty, vegan cheese, vegan mayonnaise, ketchup, fresh lettuce and tomato. Available until 11am”

Now with anything new such as fast food joints adding vegan options, there are those for it and those against it. The criticisms from those against it is the belief that these institutions are simply taking advantage of a trend and aren’t sincere about ‘going vegan’.

Those who are for it, say it doesn’t matter what company it is, anyone using the word ‘vegan’ is doing something positive, as far as the movement is concerned.

We here at LGV understand both sides of this debate but heavily lean towards the side of supporting any vegan fast food option. The reason is that any vegan exposure is great exposure. Think about a meat eater who may now consider trying a vegan burger or menu item simply because it is convenient and in front of them.

We all know that these companies make decisions based on demand and demand alone, so why not drive the demand for a vegan option?