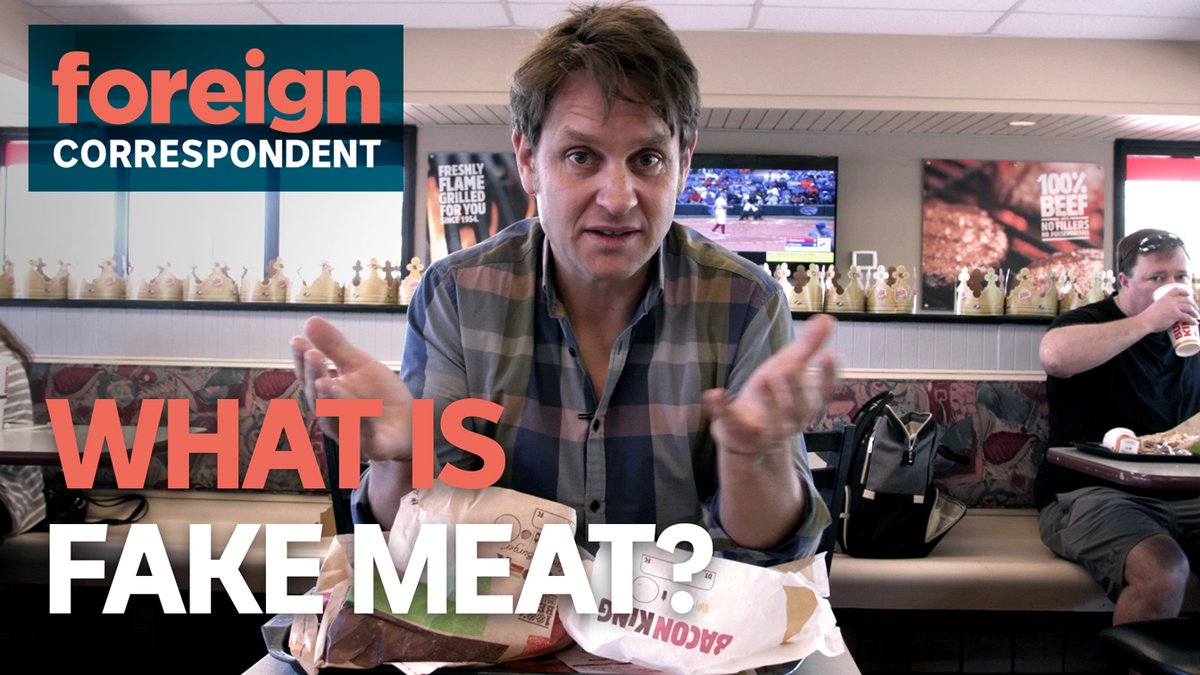 In the most recent episode of foreign correspondent, host Craig Reucassel invistigates the wave of ‘new meat’ entering the U.S and the world in the form of plants and stem cells.

It’s a facisniting look into this growing future market of food. Whilst the revolution of meat is exciting and new there are still many who feel that this isnt ‘real meat’.

The program gives a look into both sides of the debate, looking at the envirnemental and animal effects of the new products as well as the effect on farmers and families who want to keep producing cattle on their ranches and in their communities.

They also stop into Impossible Foods HQ in the innovative hub city of San Fransisco. Impossible Foods which has had over half a billion dollars worth of investment from the likes of Bill Gates and Google claim that they are creating the future of food.

Some statistics they quote is that they use, when comparing their process as opposed to meat from a cow are:

They even use heme, a combining chemical used to emulate the look of real blood and the flavour of animal meat. This haem is taken from legumes, the root systems of soy bean.

Craig also visit Just Inc who are also working on clean (cell base meat) and rolled over some stagerring statistics. Over the next 10 years cell based and plant based alternatives are expected to capture 10% of the global meat market, which is estimated to be worth around $200 billion dollars.

Heres a little snippet of the program.