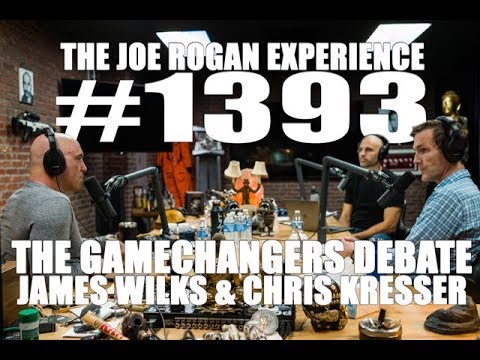 After the release and subsequent success of the Game Changers Documentary, many industry heads, thought leaders and keyboard warriors rushed out to quickly debunk the film and some of the claims made within it.

Some claimed it cherry-picked the data, others that it used facts that simply weren’t true. After a scathing podcast by Joe Rogan was released that apparently debunked the film, many people claimed it was a one-sided take on the issue. Joe was then actually humble enough to follow it up with a new podcast which he released today, featuring Game Changers producer and narrator James Wilks.

The podcast (see below) gives James the mic and an opportunity to hit back at a number of claims made against him and the film.

For those who have been following the story, this is one you won’t want to skip! But get the large ‘vegan’ popcorn for this one, as the discussion goes for a very modest 3 hour and 42 minutes!