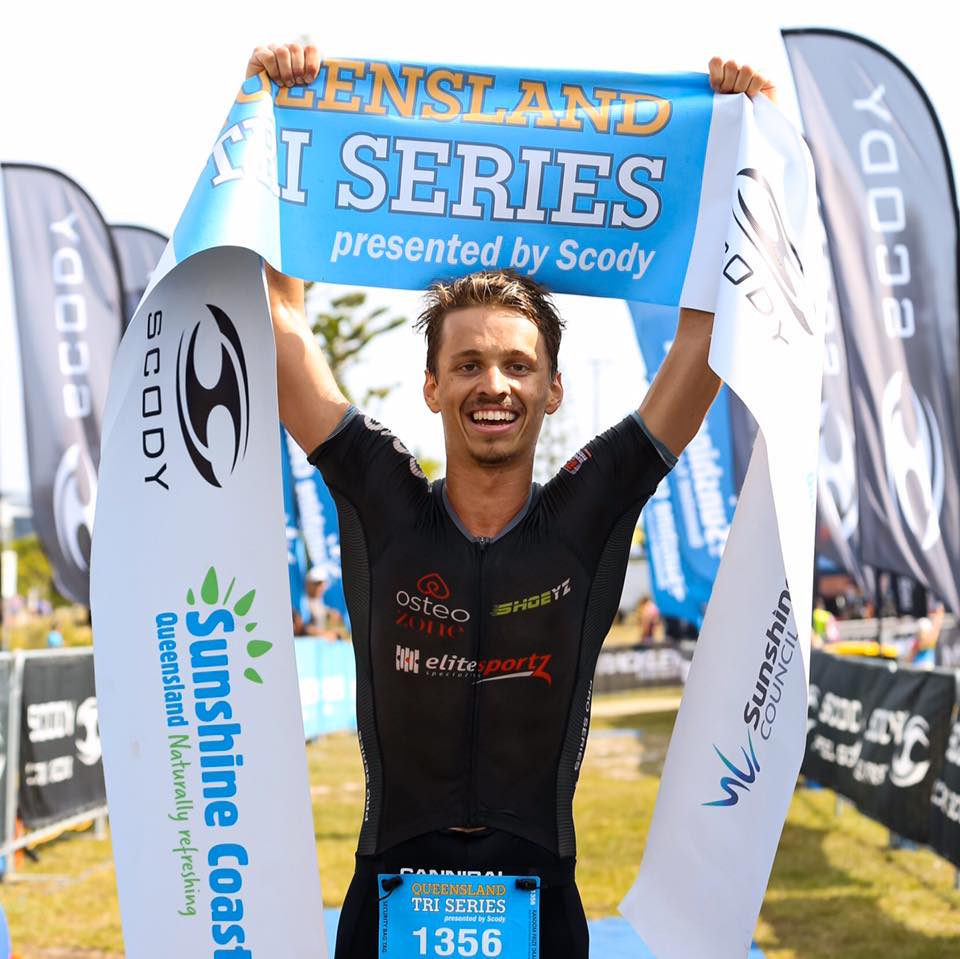 In this recent Vegan Chat With Professional Triathlete Travis Coleman, we discover a young man on the road to a brilliant (plant fuelled) career as a professional athlete.

Travis chats to us about some of the great ‘vegan’ products he uses as well as some of his big achievements to date.

Tell us a little about yourself and your sport?

So I’m a 23-year-old professional triathlete fuelled by a vegan diet, my main distance is the sprint (750m swim, 20km bike, 5km run) and Olympic distance (1500m swim, 40km bike, 10km run). Before going professional I was age-group national champion for 2016, 2017 & 2018. I went to world champs in 2016 in Mexico and got 23rd (before I was vegan), I went vegan a few months later and went to world champs in 2017 in Netherland and placed 6th with the fastest run split of all age groups, in 2018 I raced at world champs on the Gold Coast (Australia) after a 3 month injury then getting tonsillitis and raced on antibiotics and got 4th, it still haunts me the thought that I could have won if I was 100% and in form but it’s motivation to become professional world champion.

Tell us about your journey to being a plant-based athlete?

The first pattern of going vegan was after watching ‘The Cove’ I gave up all seafood, a year later my girlfriend at the time who is vegan told me that the same thing happens to all land-based animals that we use for meat, dairy or fashion and made the connection when she made me a vegan chicken parmigiana.

How has adopting a plant-based diet helped your performance?

My recovery time has improved so much, I can go to training the next day feeling so much fresher allowing me to go harder making me go faster and improve quicker and it just keeps on flowing from there.

For others interested in endurance sports, tell us a little about what a day for you looks like (and or a comp day)

Peanut butter, hahaha nah turmeric or sweet potato, their high anti-inflammatory properties help and allow so much healing to occur.

What other plant-based / vegan athletes inspire you?

Best place to get a plant-based meal locally or around Australia?

Cardamom Pod up at Brickworks in QLD for sure!

If an athlete is thinking about ‘going plant-based’ what advice would you give them?

Go see a nutritionist who is open to the idea or better yet vegan themselves, I also believe athlete or not everyone should see a highly educated nutritionist anyway

What vegan / plant-based brands do you wear or support?

OORR: cycling/triathlon apparel and is made from recycled materials is a certified b-Corp business that also plants trees for every garment sold.

Amazonia: their RawFit athlete based protein range is all vegan and tastes delicious and I have found of all the protein powders out there it’s the one that sits best on my stomach.

Seagull milk: sunscreen (not made by seagulls) that is reef friendly, vegan and chemical free, also non slip for surfing which is great.

BeHumane: a smoother booster with B12, omega 3, iodine & vitamin D3.

Clean energy: by coconut groove, is there sports drink, an electrolyte made from baby green coconuts.

Druen Dorn from Garden of Vegan’s mindset for business and life is fascinating.

Travis, thank you so much for sharing your story and vegan journey thus far. No doubt some huge huge things to come from you in the next year and beyond. Thank you for all you are doing to push the vegan movement forward for athletes and us regular folk alike!

0 comments on “A Vegan Chat With Professional Triathlete Travis Coleman”