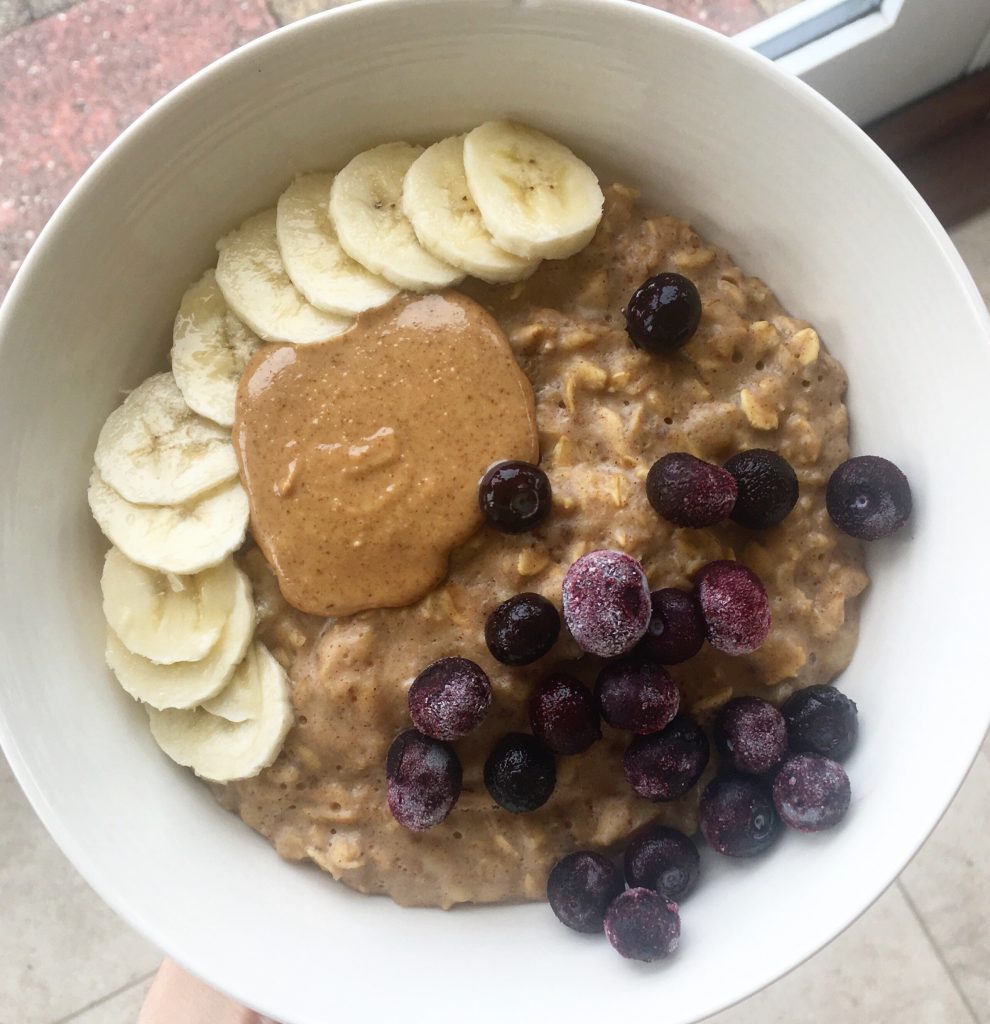 “It’ll keep you full, energised, it’s packed with nutrients and so delicious that sometimes I feel like I’m eating cake batter for breakfast!”

In the microwave (the quicker way!)

Whichever method you use, the most important thing is when the banana starts to soften from the heat (around halfway through cooking), take a spoon and mash it into the mixture. This will thicken the oats and it really sweetens it. You won’t feel the need to add any sugar or sweetener if you do this, especially if the banana is really ripe.

Pour it into a bowl and add your toppings! In the picture, I used the last little bit of the banana, frozen blueberries and two teaspoons of peanut butter. Frozen berries are always a good option, not only because they’re cheaper than fresh and they last forever, but it cools down the oatmeal making it ready to eat straight away. And the way they melt into the oats is pure perfection!

TIP: When you’re first trying out veganism, sometimes it can be quite overwhelming how much bigger your portion sizes need to be. If you’re not a big breakfast person or you think oatmeal might be a bit heavy for you first thing in the morning, just make it with half-plant milk and half water instead. You could even make it completely with water if you want a really light breakfast, but do keep in mind that it might not fill you up as much.