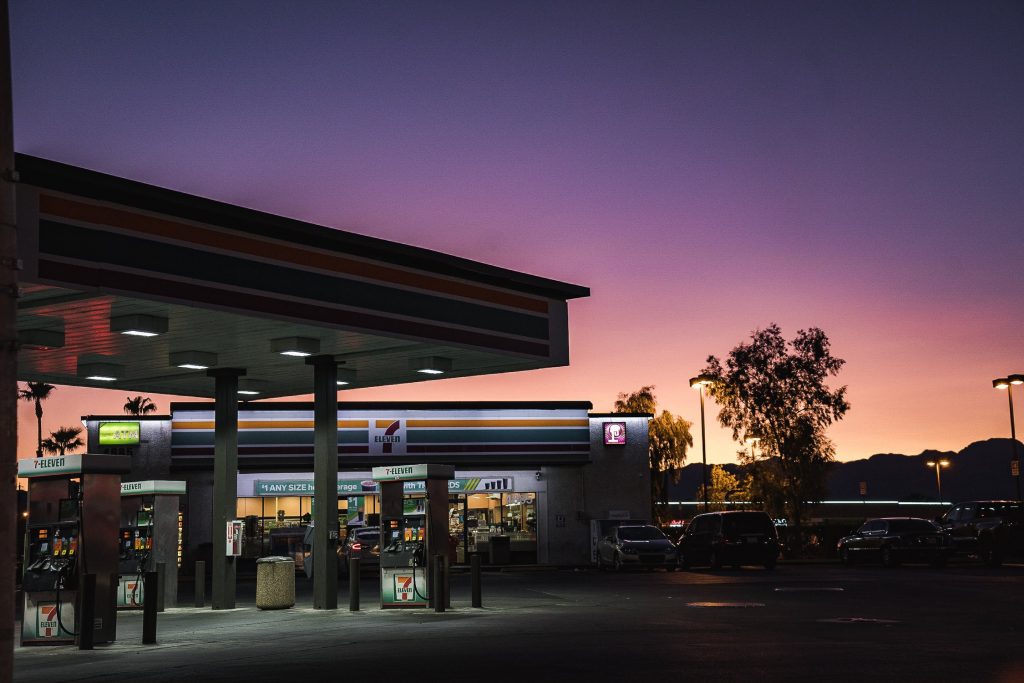 Yep, the convenience kings are now the kings of VEGAN here in Australia.

Whilst 7 Eleven has always been the place to go for a late-night snack (or perhaps early morning!) or Slurpee run, it hasn’t always been so convenient for the vegans. Sure you could pick up a can of coke and a packet of skittles (yep they are actually vegan) but you weren’t rushing in there for a vegan sandwich, wrap, or any other substantial offering. Well, all that is changing at a very rapid pace indeed. This week the team visited the store (in Melbourne, so we can’t yet speak to all stores) to see what we could find to hit our vegan hunger and thirst! What we found was a whole lot of new vegan, and we couldn’t have been happier.

Let’s start with our top pick and the top pick for many Australian’s…the meat pie.

7 Eleven have released what they call the ‘NO BEEF’ pie and in a sentence “it was like going back to a childhood football game” from the first bite to the last”.

The pie literally tasted exactly like a traditional ‘servo’ meat pie. Now the meat-eaters amongst us may argue that a vegan is in no position to judge, but we can say with certainty that this pie was ‘EXACTLY’ like a traditional meat pie. The reason this is so important is less about the vegan or plant-based folk and more about the meat-eaters. If this pie in taste texture and price can comparatively satisfy then the argument for increasing your ‘meatless’ meals is strengthened. What we have now seen from this pie is a genuine competitor to traditional meat pies and that is a huge win for the vegan movement in showing that anything you can eat, you can now eat vegan! 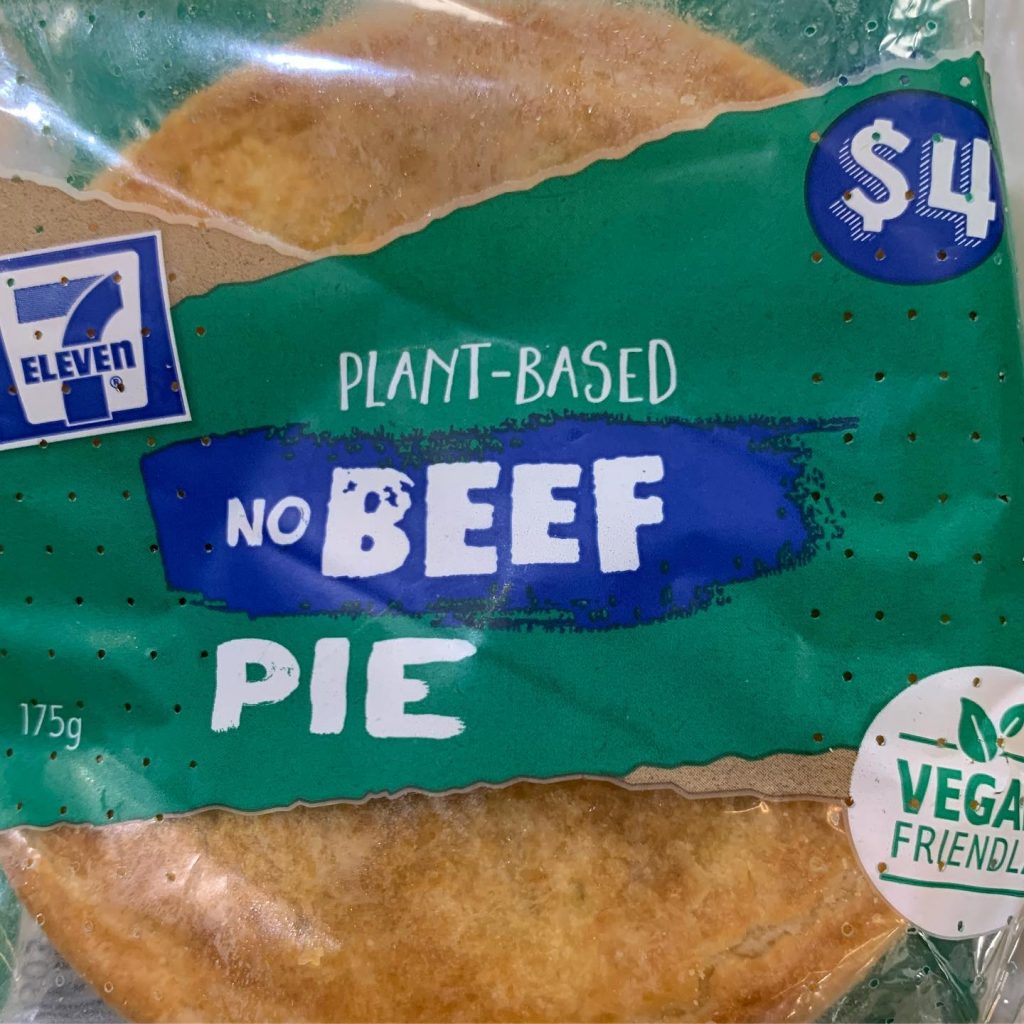 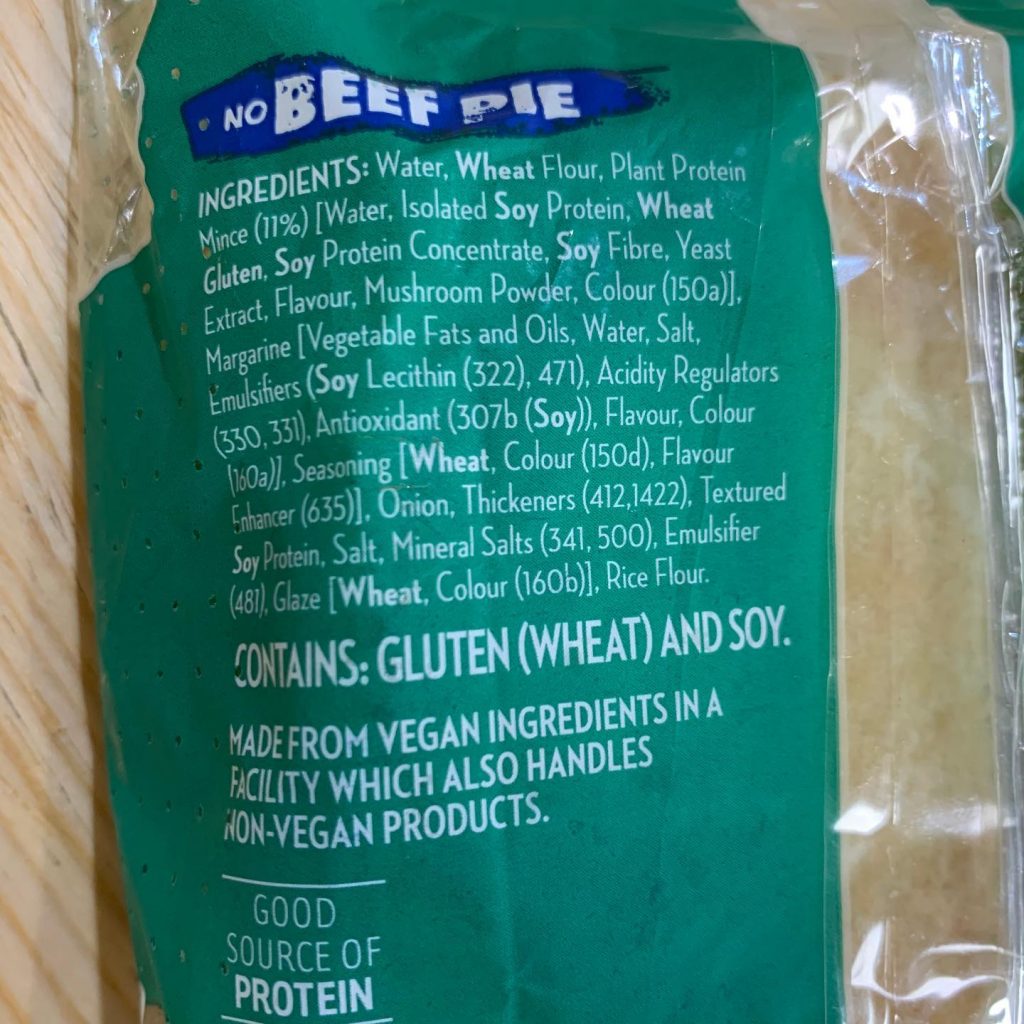 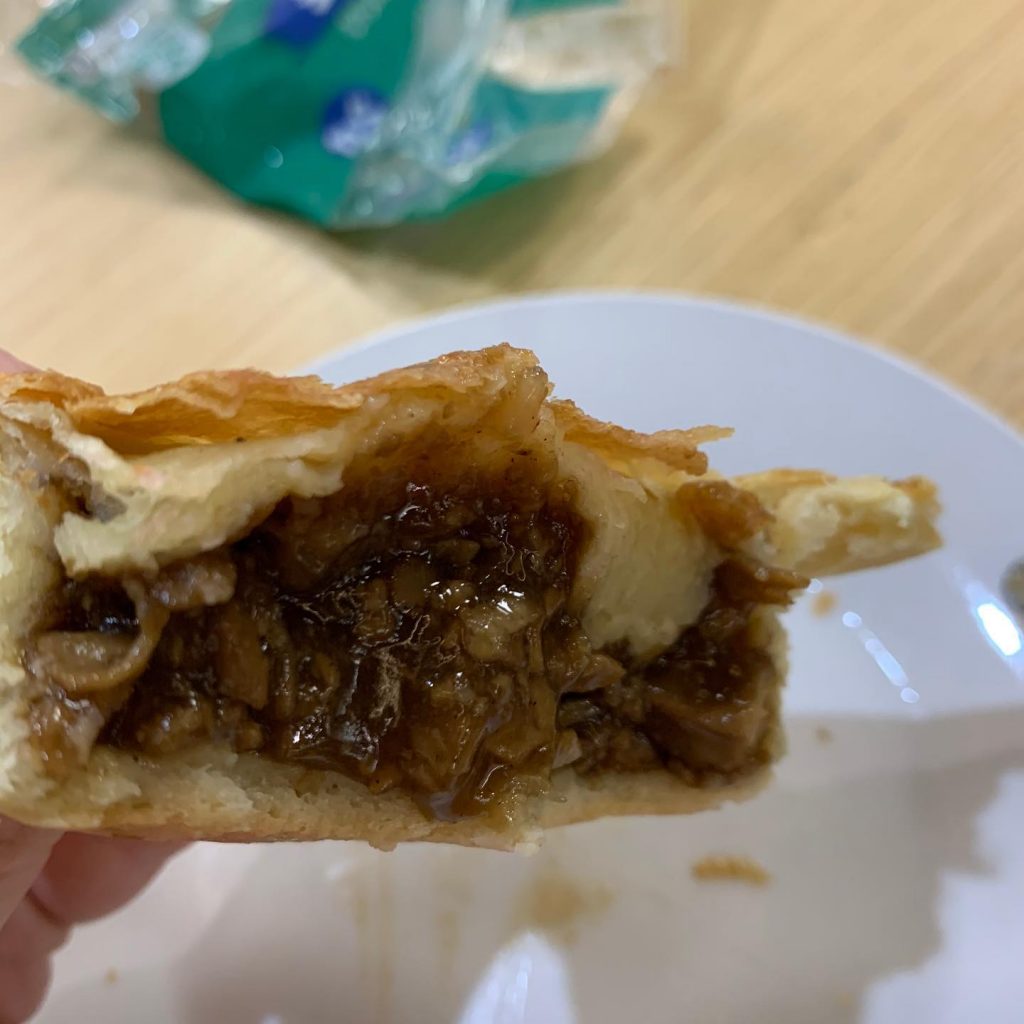 No Chicken & No Egg Sandwich

Next on the list is the sandwiches. Usually a fairly boring category, but for us vegans, a NOOEGG & NOCHICKEN sandwich is grounds for celebration. The two sandwiches have already received great praise online from our community with quotes such as:

“The no chicken and lettuce is soo delicious”

“Omg the no chicken one is sooooooooo great, reminds me of high school days :)”

“I tried both and am amazed.”

We tried the NOEGG and we were seriously impressed. As with the pie, we needed to double-check the label to make sure we really were eating the vegan version of the old egg sandwich. Once we were assured we were thanks to the ‘vegan friendly’ label we quickly agreed the sandwich was a winner. Well done 7 Eleven, we will be back for more! 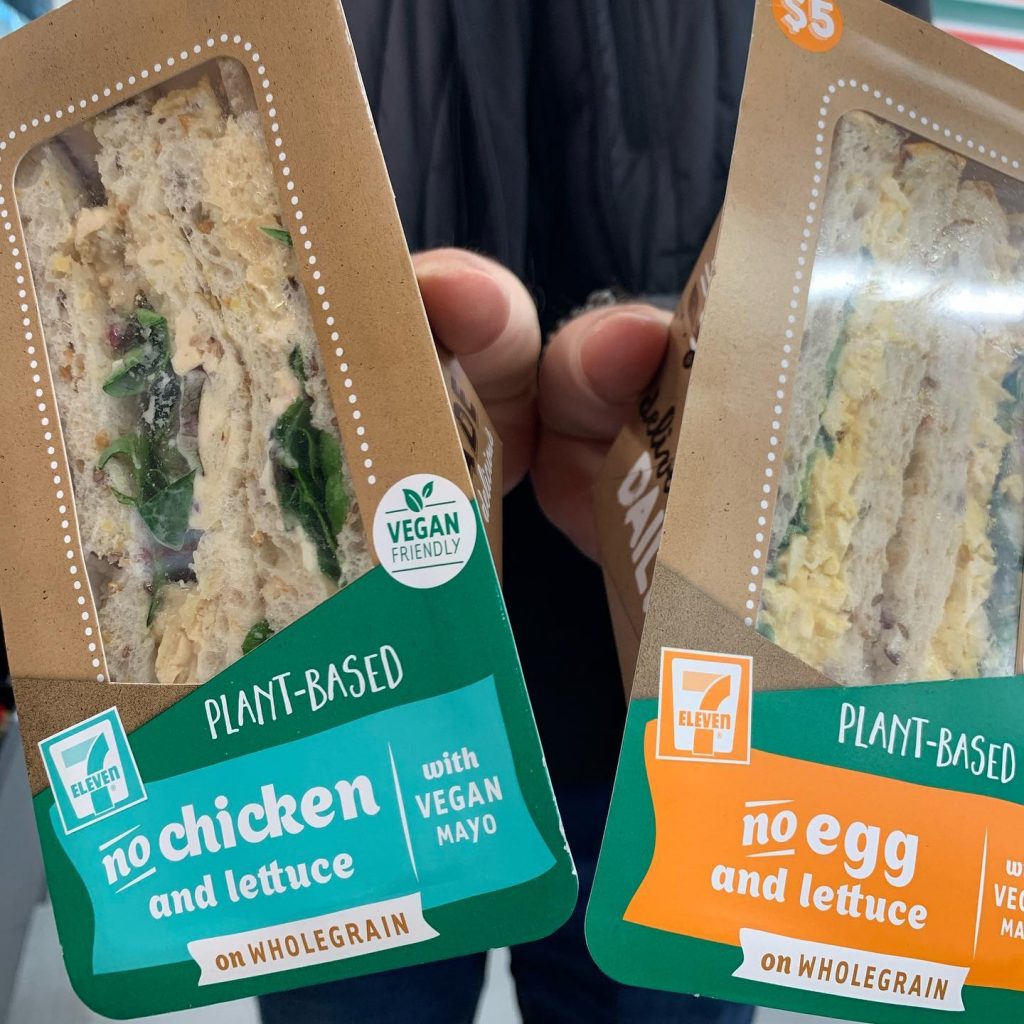 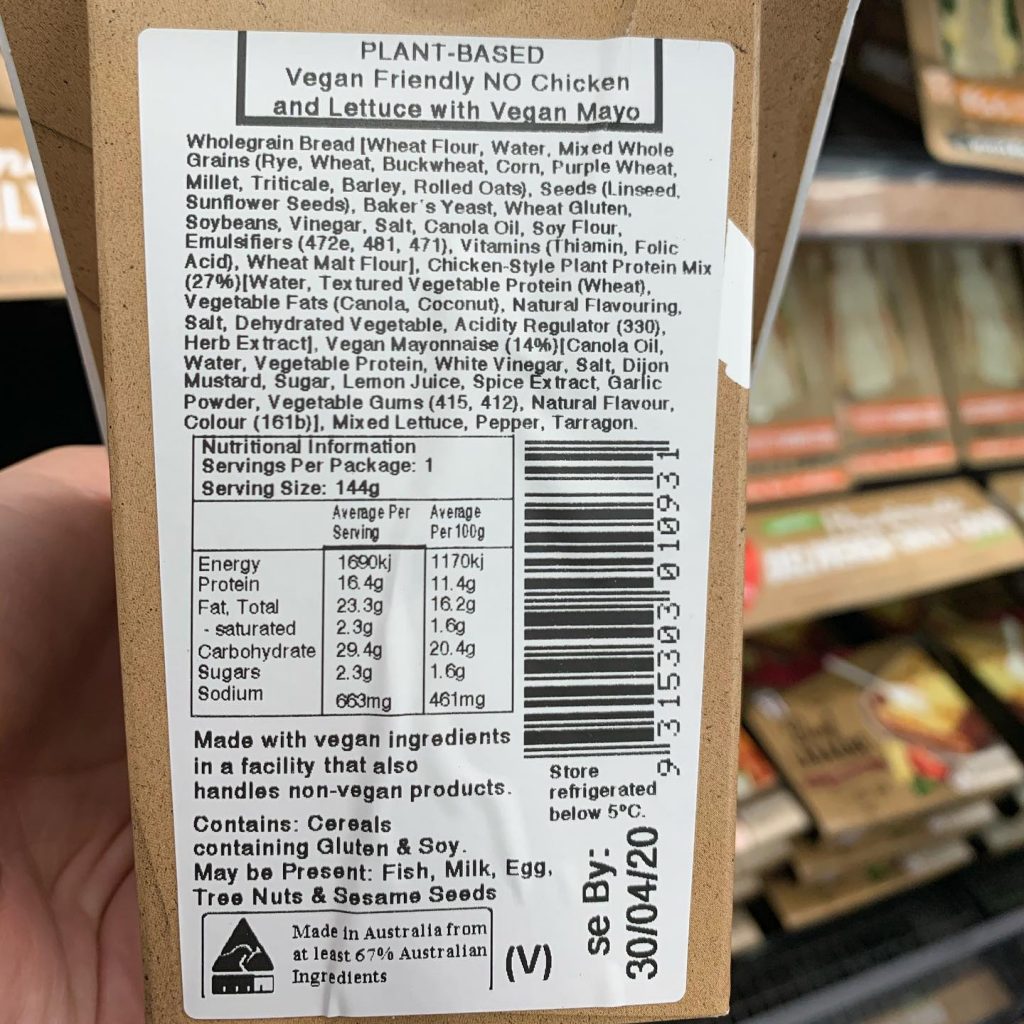 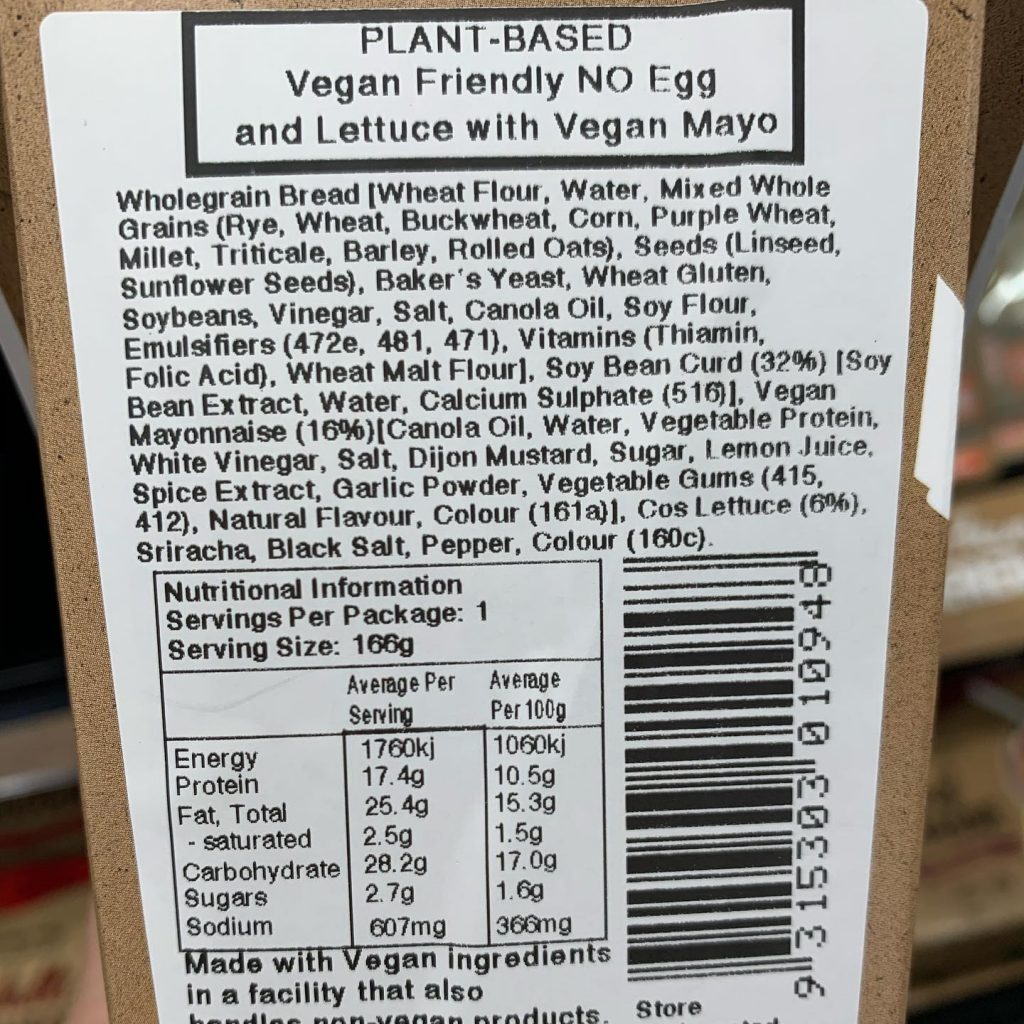 We now move onto our thirst, and like any good Melbourne team, we looked to the coffee. If you’re from Australia you will likely already know that 7 Eleven sells a small coffee for only $1. For a long time, this meant us vegans, had to resort to just long or short blacks, but that has finally changed!

Now (at selected stores) you can purchase a soy variety of your favourite coffee. Soy latte, soy cappuccino, or perhaps simply a drop of soy milk into your long or short black.

This is an absolute game-changer for the coffee lovers and we are hoping that 7 Eleven will roll this out across all of their stores at some stage in the future. 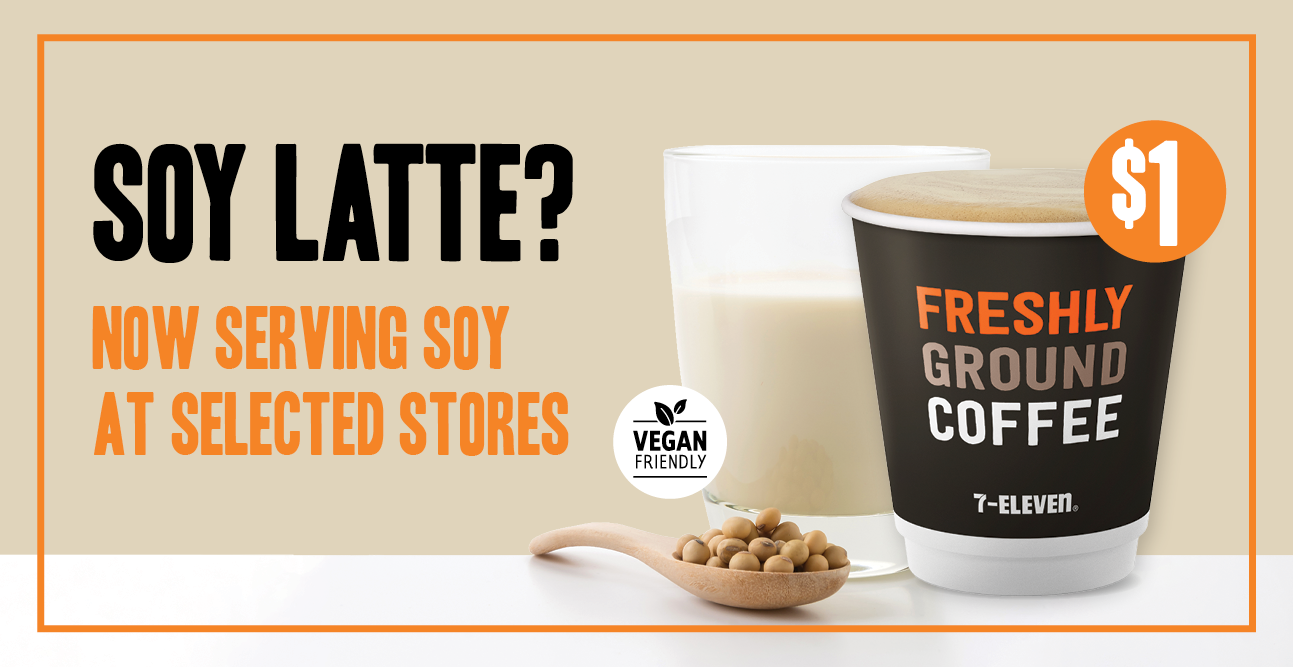 Now we are aware that there are many more vegan options available at 7 Eleven, but these are the most recent and significant. We want to say a huge congratulations to the 7 Eleven Australia team for listening and acting upon the changing tastes of the Australian consumer and look forward to seeing more products be rolled out over the next 12 months and beyond.

If you have found something we have missed, let us know at hey@letsgovegan.com.au or in the comments below.