A Vegan Chat With Adelaide Highfield of The Vunch Guide

After going vegetarian for only a year, Adelaide discovered Vegan Youtubers, and subsequently went vegan through the discovery of the health effects of animal products on the body. She now spends her time wandering through Sydney’s popuar lunch and brunch haunts looking for the best vegan eats in the city. Through this journey The Vunch Guide was born, a detailed look into the vegan dining scene in Sydney Australia. We spoke with her about where she goes, and where she thinks we should go when visiting the harbour city. Enjoy.

Tell us a little about yourself(s) and your vegan journey?

In my last year of high school (2016) the vegan movement really started to become more mainstream and a lot of people were talking about veganism, animal rights and the impact the meat industry had on the environment. Prior to this, I had been a vegetarian for one year, simply because I thought it was gross to eat a live being. As more and more people started to talk about Veganism, I decided to educate myself on the topic. I deep-dived into the world of Youtube and instantly became obsessed with Vegan YouTubers! I loved watching Vegan cooking videos, ‘What I Eat In A Day’ videos and vlogs of people eating out at different vegan restaurants around Sydney. I also loved watching documentaries about the health effects of animal products on both our bodies and the world. I practically went Vegan overnight. Once I connected with not only the cruelty but the environmental damage eating meat and animal products had, there was no way I couldn’t!

You wander around Sydney searching out the ultimate in food, what are your all-time favourite experiences or meals?

Whenever anyone asks me where my favourite cafe is in Sydney, there is one cafe that springs to mind. Matinee Coffee, in Marrickville, is a modern take on an ‘old-school’ dinner. The food is OUT OF THIS WORLD. They have an extensive menu with so many vegan options. In fact, most of their dishes are vegan or can easily be made vegan. All their thick shakes are vegan and honestly – the salted caramel …. LIFE CHANGING! They also have vegan cheese which you can opt for! But I urge anyone who goes to order their Vegan and GF Falafel bowl! Honestly, if I had one last meal on earth, these would be it! They also have a vegan burger (fake meat pattie), vegan toastie, falafel sub, vegan buddha bowls, avocado toast and so much more! The service is also the best service I have ever experienced at a cafe! The staff are so attentive and the water on the table is sparkling … like WHAT! 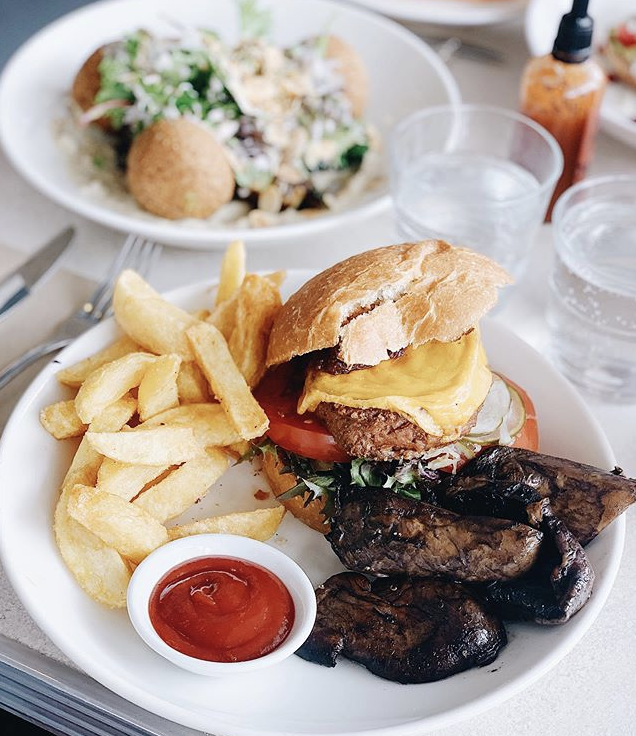 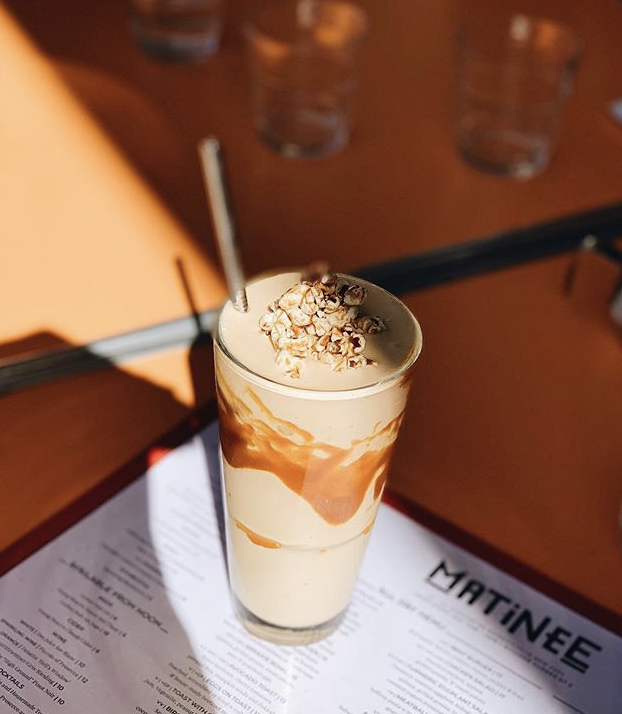 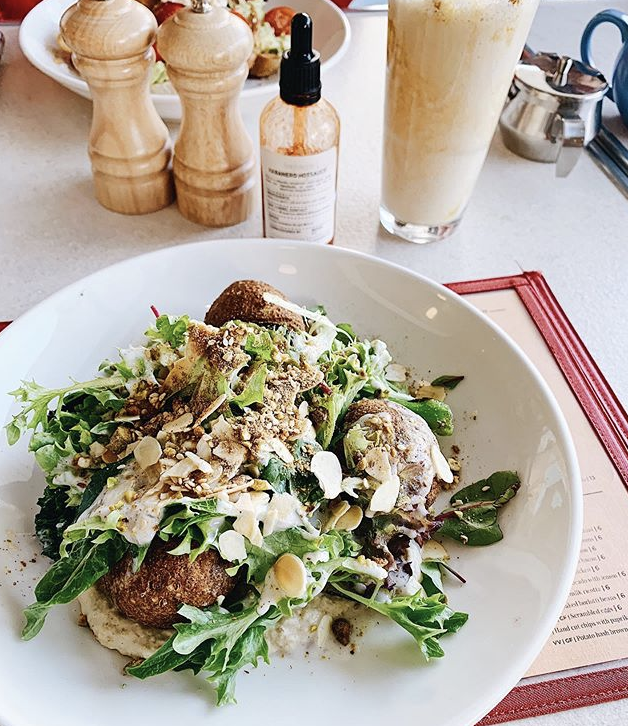 The other day, The InterConsintenal Sydney asked me to come to take the content of their new 100% Vegan High Tea and post it to @thevunchguide. This high tea was honestly so delicious and it just really cemented to me how far and normalised veganism has become in Australia. The fact that I can go to a 5-star hotel, and order a fully vegan high tea without anyone looking at me makes me so happy! 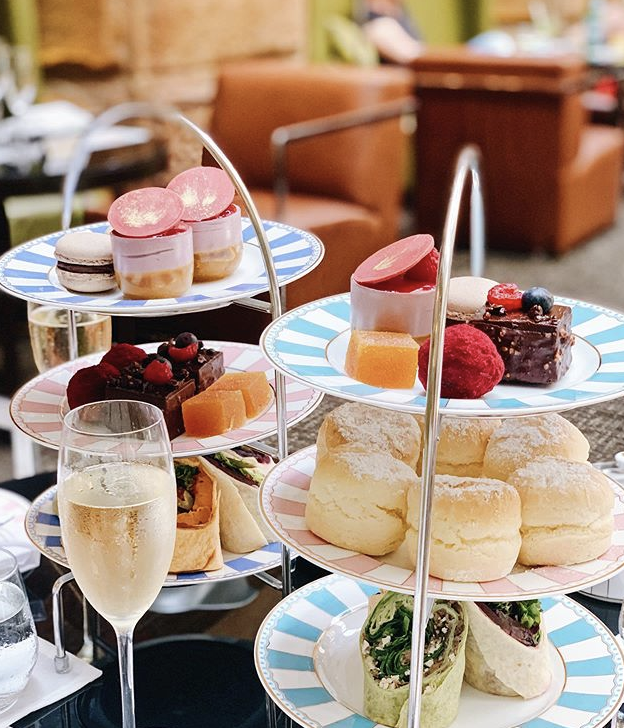 If people are looking for Breakfast Ideas where would you suggest?

By far my favourite meal of the day is breakfast … in fact, if a cafe does not offer all-day breakfast I won’t go!

2. West Juliette, Marrickville (The avocado toast is the best in Sydney) 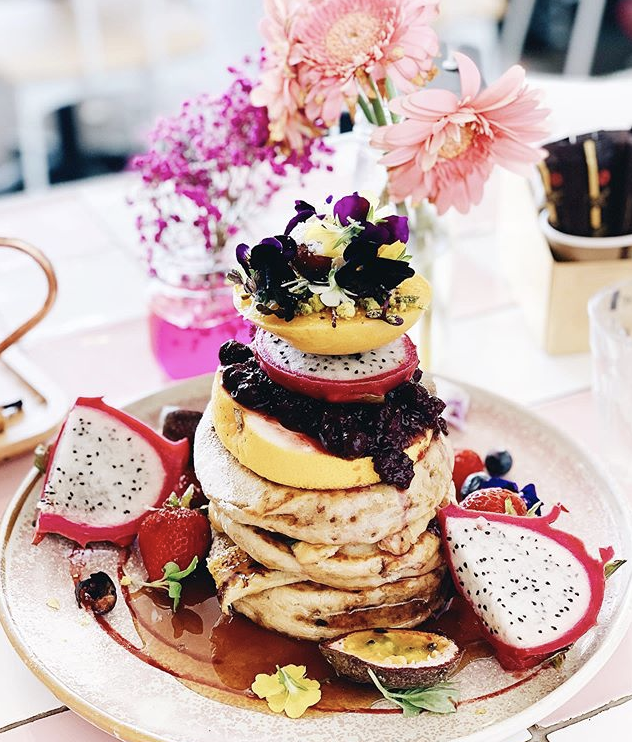 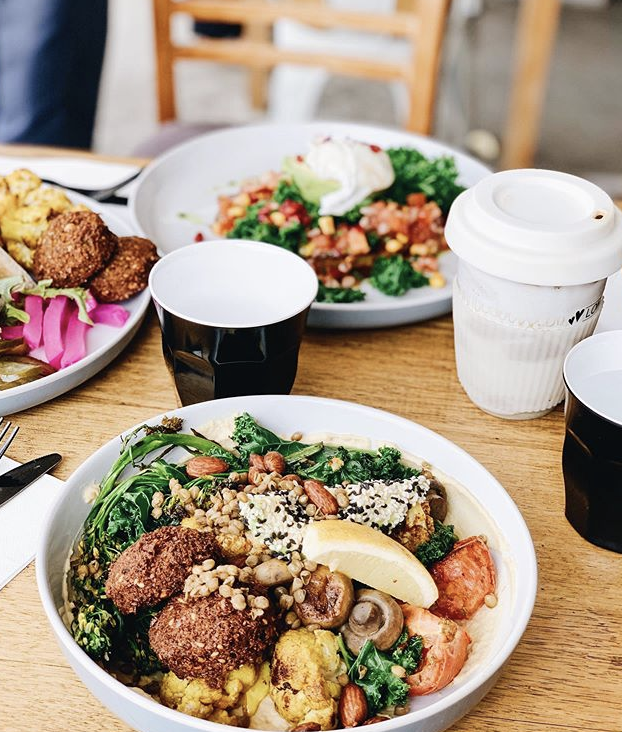 6. Seventh Heaven Cafe, Sutherland (The Vegan Pancakes or the Falafel Bowl is amazing) 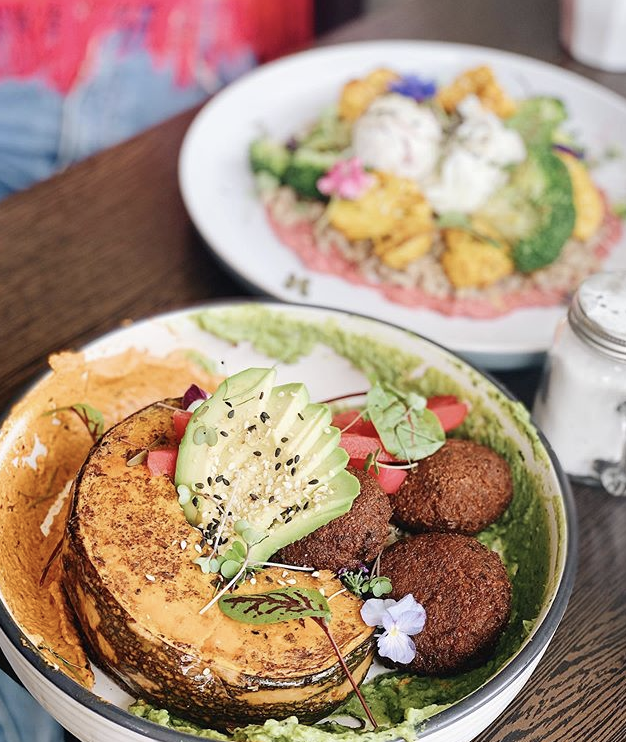 4. If people are looking for Lunch Ideas where would you suggest?

1. Matinee Coffee, Marrickville (order the vegan sub – it’s the falafels but on a panini!) 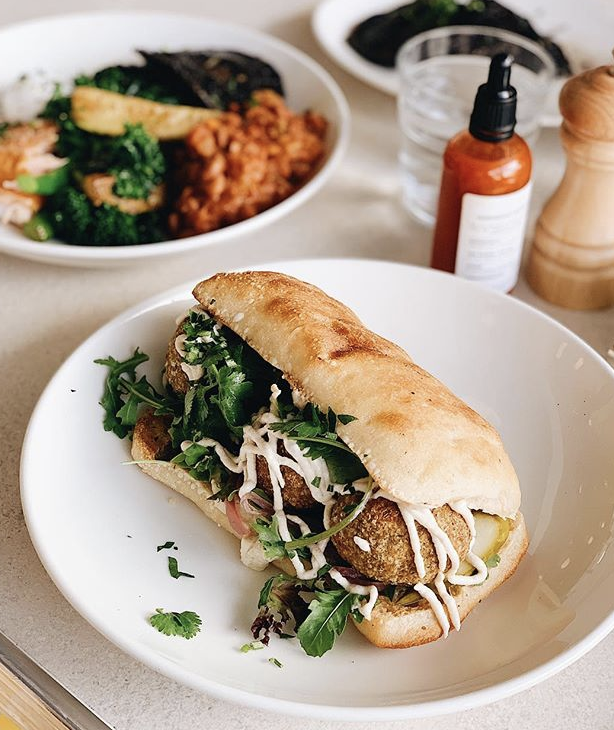 2. Vegan Lebanese Street Food, Bondi (Can you tell we like falafel!)

3. Shenkin, Erskinville (The pita bread is like a cloud) 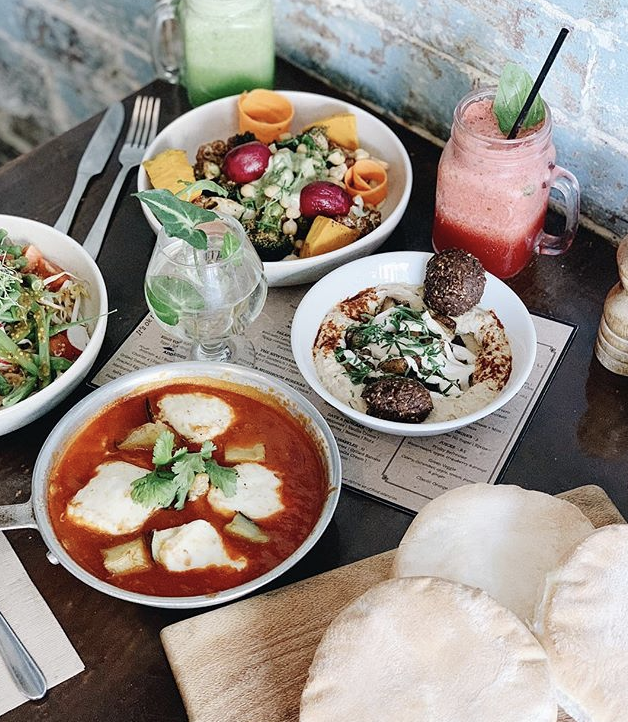 If someone wanted to go out for a nice Dinner, where would you suggest?

I love going to Bohdi, but for their tapas at dinner time. The menu is more refined and sitting in the courtyard with the fairy lights is truly magical! 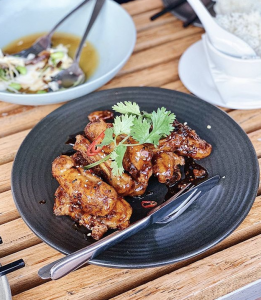 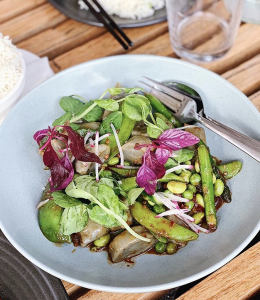 You also cover lifestyle, what are some brands you are loving at the moment?

I am obsessed with ‘Teva Australia‘. They are an eco-sustainable shoe company. Not only are the shoes super cute and comfy (seriously, they are like wearing a posturepedic bed on your foot!), but they are good for the planet too! Their latest sustainability campaign is called #StrapIntoFreedom. Basically as of 2020, all polyester straps across their entire line are made from 100% recycled plastic. This will see over 9 million plastic bottles, 172 tons of plastic and 344,000 pounds of plastic being kept out of landfills in 2020. Plus, since 2017, Teva has reduced their water usage by 32% thanks to packaging improvements.

Who do you look to for inspiration or advice?

I love looking towards influencers on Instagram and Youtube for inspiration! A few of my fave people include:

Where would you like to see The Vunch Guide in the next few years? Any big plans?

My ultimate goal is to grow my Instagram – @thevunchguide – so that I can continue to showcase Sydney best Vegan cafes. I want to show people that being vegan is so accessible in today’s modern world, no matter where you go! Other big plans include working with cafes/restaurants to develop new vegan dishes and menus!

I would love for you to interview DJ Tigerlily!

She is a passionate vegan and a beautiful soul. I think she would have a very interesting perspective on veganism, considering she is a leading Australian influencer in the vegan movement.

Adelaide, thank you so much for sharing so many amazing vegan spots! We cannot wait until our next Sydney visit to check them all out. No doubt anyone that is in the Sydney area or visiting will want to check out The Vunch Guide and go take a look at these wonderful cafes, restaurants and venues.

To read more stories like this one, check out our Vegan Chat section HERE.

A Vegan Chat With...
Tags #a vegan chat with, #vegan food, #sydney