A Vegan Chat with New Vegans Kiki & The Greeky

A Vegan Chat with New Vegans Kiki & The Greeky

From travel blogging to vegan reviewing, Kiki & The Greeky are a go-getting couple making their way through Brisbane’s’ vegan menus! Having had negative reactions to various foods, they moved to a vegan / plant-based diet and found that it really worked for them. After watching the Game Changers Documentary, they cemented their decision to go VEGAN! We chatted with them about their journey and what advice they have for new vegans. Enjoy.

What sparked the journey to veganism, was there a breaking point or particular thing that was a line in the sand moment?

I guess what sparked our journey to Veganism is that Greeky wasn’t feeling the best and we saw a naturopath who said to go Meat-free for a month. After undergoing that strategy, Greeky was amazed at how much better he felt after a meal and not so bloated or yucky in the stomach. Once Kiki had our baby two months in we realised the dairy she was eating would make baby upset and his skin would break out in rashes as he was breastfed. So Kiki cut out all dairy and it helped instantly. So we both decided to ditch the dairy together 🙂

Obviously, when first starting our transition to vegan, it was hard when family brings out all the yummy meals with dairy & chicken in it. So for the first few weeks it was a sitting on the fence ordeal, where Yes we feel better eating veggies and plant-based meals, but we’d still find ourselves eating lean meats such as Chicken or Turkey mince. THEN, we jump on Netflix and see a crazy documentary that we highly recommend, “The Game Changers” and that pretty much gave us the extra push over the fence to fully commit to Veganism.

What has been the best thing about going vegan?

For us, it has to be the way we feel after a meal. Not so heavy or bloated, a lot more energy and general health & our weight has improved. We’ve had to do a bit of research on recipes and making sure we’re getting in our proteins and vitamins.

What has been the hardest?

Haha this ones a funny one. The hardest would have to be Chocolate/ice cream for Kiki, and Cheese/traditional Spaghetti for the Greeky. In our previous diet, we used to have a lot of Spaghetti and an abundance of sweets such as Ice Cream, Chocolate, etc. So really this diet has been a blessing for reducing our sweet tooth.

What are your favourite vegan eateries?

Oh, this is a hard one as we’ve found some crazy yummy vegan cafes with our journey so we will list a couple off the top of our heads,
– Nurcha Vegan Cafe – Maroochydore
– Zen Den Cafe – Mooloolaba
– Succulent Market – Boondall

and our most frequent flyer points go to Grill’d with their Beyond burgers !!!!
We are still on the hunt for more awesome Vegan Cafes/ Restaurants around Brisbane. So we’d love any recommendations!

When others ask you about going vegan, what’s the one piece of advice you always give?

Our advice is pretty simple, Go give it a try and tell us if you can taste and feel the difference. Friends and Family who have tried, have said how good they feel afterward and actually enjoy the taste. We even make our vegan spaghetti bogl and dish it up to our family & friends and they don’t notice until we tell them its made with plant-based mince. 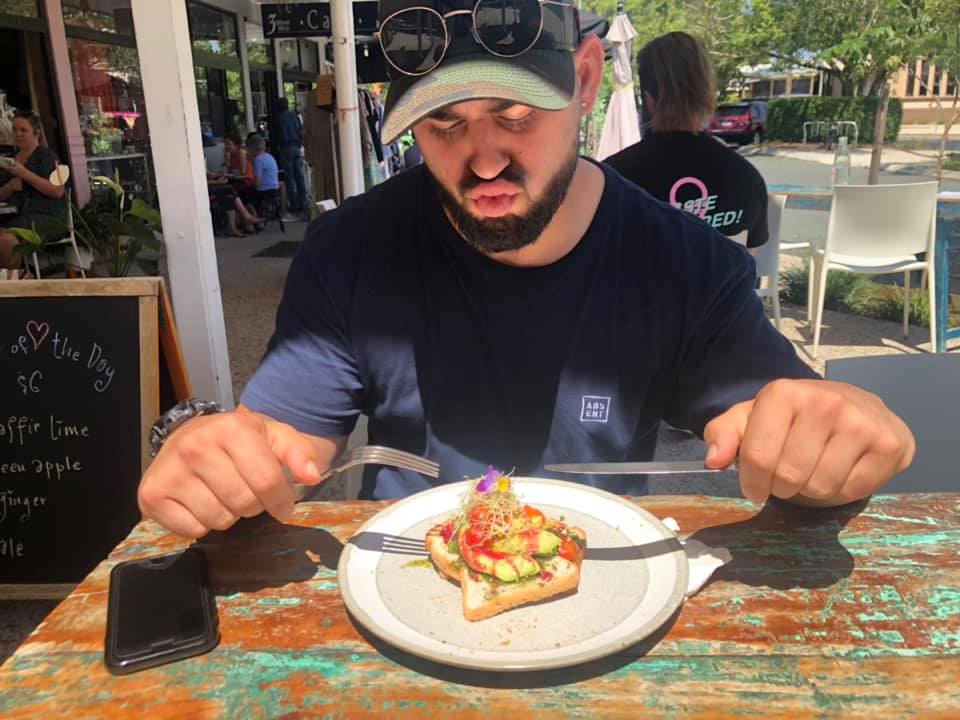 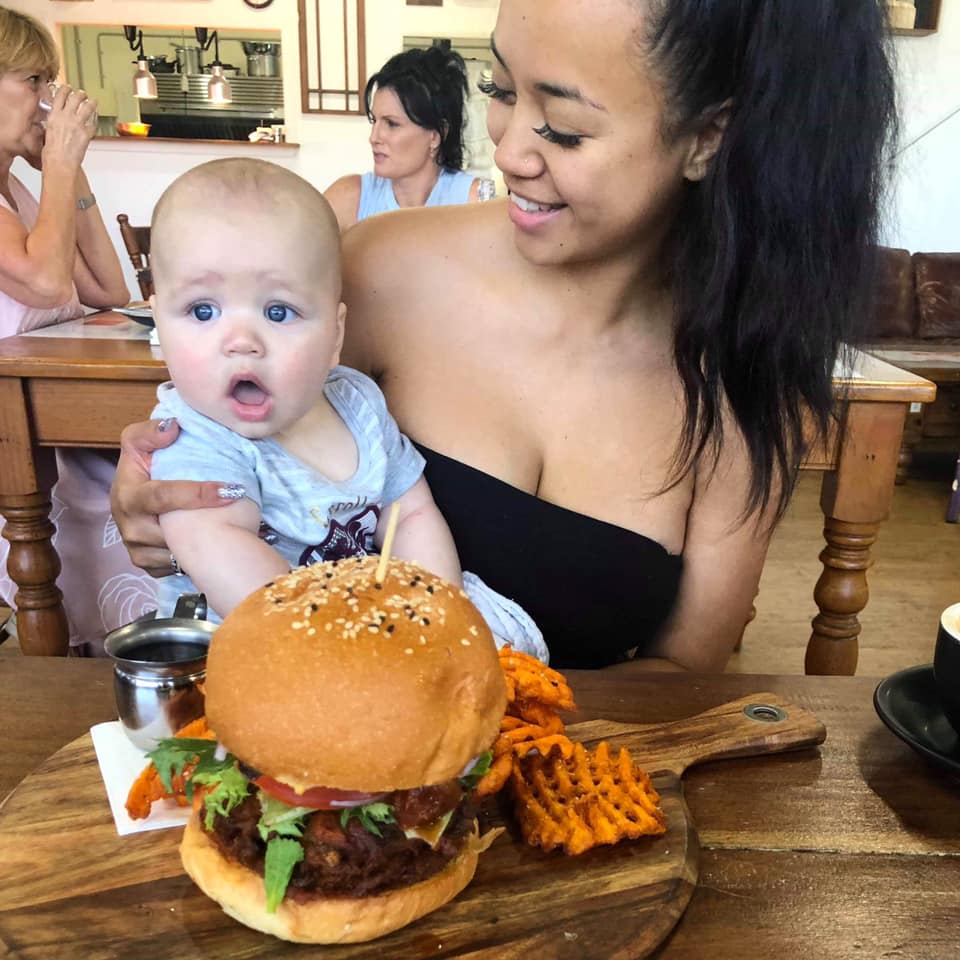 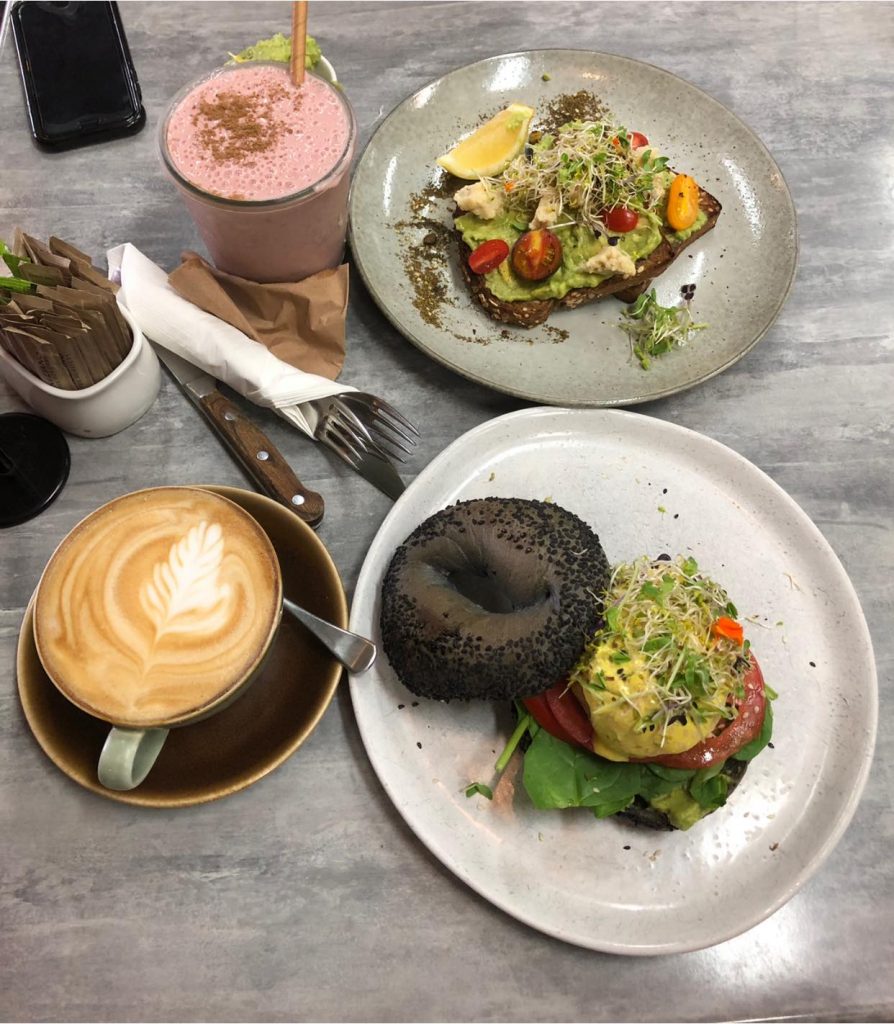 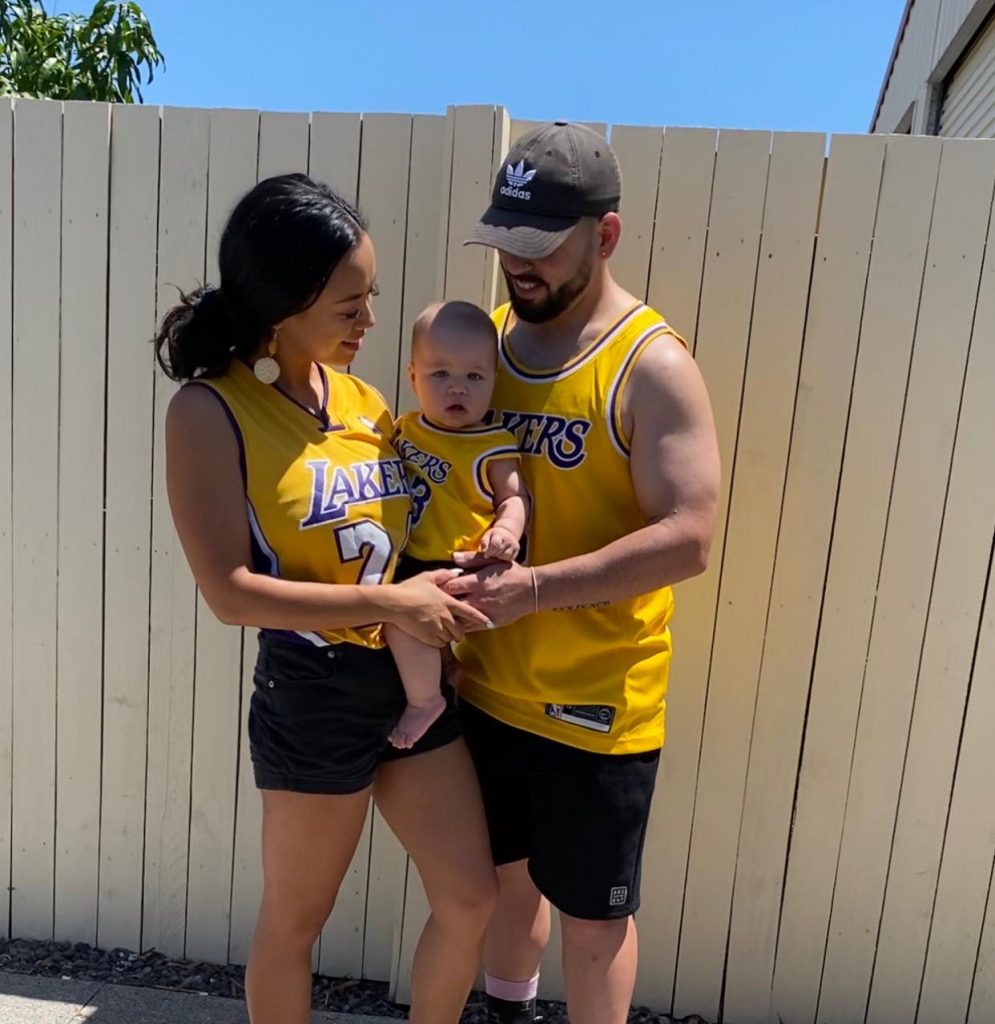 Our fav dinner at home would have to be either a yummy veggie stir fry, or Plant-Based Meatballs from Veggie Delights, mixed with different veggies and either Zucchini noodles or Sweet Potato Noodles. We also love making our own sweet potato fries and plant-based burgers 😀

We haven’t really found a CHEAT meal as such but just recently we’ve found a place at Mooloolaba called Yogurt & Gelato World and they have a couple of amazing tasting Vegan yogurt and gelato. We also don’t mind San Churro as they have some Vegan-friendly options as well. Kiki goes for their Salted Caramel Vegan gelato and Greeky gets a Vegan Hot Chocolate with Vegan Churros.

Why should someone skeptical consider going vegan?

As we were once skeptics ourselves, we just want those who are on the fence and wondering what its like ? To jump on board this groove train even if its for a couple of days or a week. Record the differences you feel and weigh it up. Your being kind to not only your health and body, but your also being very nice to our planet as well without even realising.

Zen Den Cafe owners. They are very nice people and have an amazing menu with an awesome little Vegan-friendly shop of goodies as well. They also work with float tanks that help Zen the body. They also pride themselves in being the only FULLY VEGAN cafe with even have vegan cleaning products and Vegan TOILET paper :O how insanely awesome is that !!

Amazing guys! Thank you so much for sharing your vegan journey with us all. For those in the Brisbane area, there are some great tips here for you all. If you would like to follow along with Kiki & The Greeky’s journey you can visit their Instagram or Facebook pages.

A Vegan Chat With...
Tags #new vegans, #a vegan chat with, #vegan couple, #Kiki and the Greeky