A talented athlete and advocate for the vegan diet, Nikita Pablo was a pleasure to chat with, in this recent vegan chat. Nikita credits improvements in energy, endurance, recovery & strength to her shift to a kinder way of eating. Having competed in both the Fina World Championships and the Olympics, Nikita is an incredibly positive influence on the athletic community, proving what a vegan athlete can achieve!

Tell us a little about you and your professional journey?

Born on the Gold Coast, Queensland and grew up on the “one happy island” Aruba! Aruba is a small tropical island in the Caribbean. While doing ballet and swimming, I started artistic swimming at the age of 9. I fell in love with the sport as It was a combination of different sports think endurance of a swimmer, strength of a gymnast and flexibility & grace of a ballerina. My dream was always to one day compete in the Olympic Games. In 2014 I moved to Queensland and I swam with the “Gold Coast Mermaids Synchronised Swimming Club”  coached by Marina Kholod. I managed to get on the Australia National Team that year. I competed at the FINA World Championships in Kazan 2015 and in the team event we achieved the goal in qualifying Synchro Australia for the Rio 2016 Olympic Games. At Rio, I competed in both team and duet events. Walking in the stadium as an Australian Olympic athlete was so emotional and overwhelming. This is the proudest moment of my career! After the Olympics, I continued competing at the World Championship in Budapest 2017 where I had my peaked performance. I am now a Queensland High-Performance coach for Artistic Swimming Australia.

Why should people think about moving more towards a plant-based diet?

There are many reasons to follow a plant-based lifestyle, be it health, ethical, spiritual or environmental. Environmental Awareness is and should be the focus, You Go Greta Thunberg! Everyone cares for the planet. However, a lot of people do not realize the impact animal agriculture has on the environment. Livestock is the leading and most destructive cause of environmental deliberation! If we really want to protect and save our mama earth, we should do our best in living a plant-based lifestyle. We vote everyday with our fork!

What is the general feeling of being ‘plant-based’ in the athletic & Olympic communities?

Midway through my athletic years, it was common for me to have low iron levels. I had sports doctors & nutritionists urging me to eat more red meat to improve my fatigue symptoms. Little did I know meat would be the main cause of my lethargic symptoms. Once I became vegan I’ve noticed many benefits: My energy & endurance has improved, my strength has increased, and my recovery is now optimal. I remember having photographers commenting on the difference in eye colours between girls. Believe it or not but most of the time the plant-based dieters had brighter and had more whiter eyes.

I also experienced many concerns from coaches, doctors, and teammates about my protein levels, recovery and nutrient levels. Three months into my vegan journey I did a blood test which was sufficient proof of the benefits of the plant-based diet. I was the healthiest I have ever been! I had my best trail performance at the 2017 World Championship trials and ultimately at the competition in Hungary, Budapest.

What is your pre-performance power meal?

As an artistic swimmer, we usually have long competition days where we are at the pool for at least 2 hours prior to our competition. This means we have to make sure we have pre-performance power snacks on us. My favourites are dates filled with peanut butter; protein balls made with dried fruit & nuts, peanut butter & jelly sandwich. 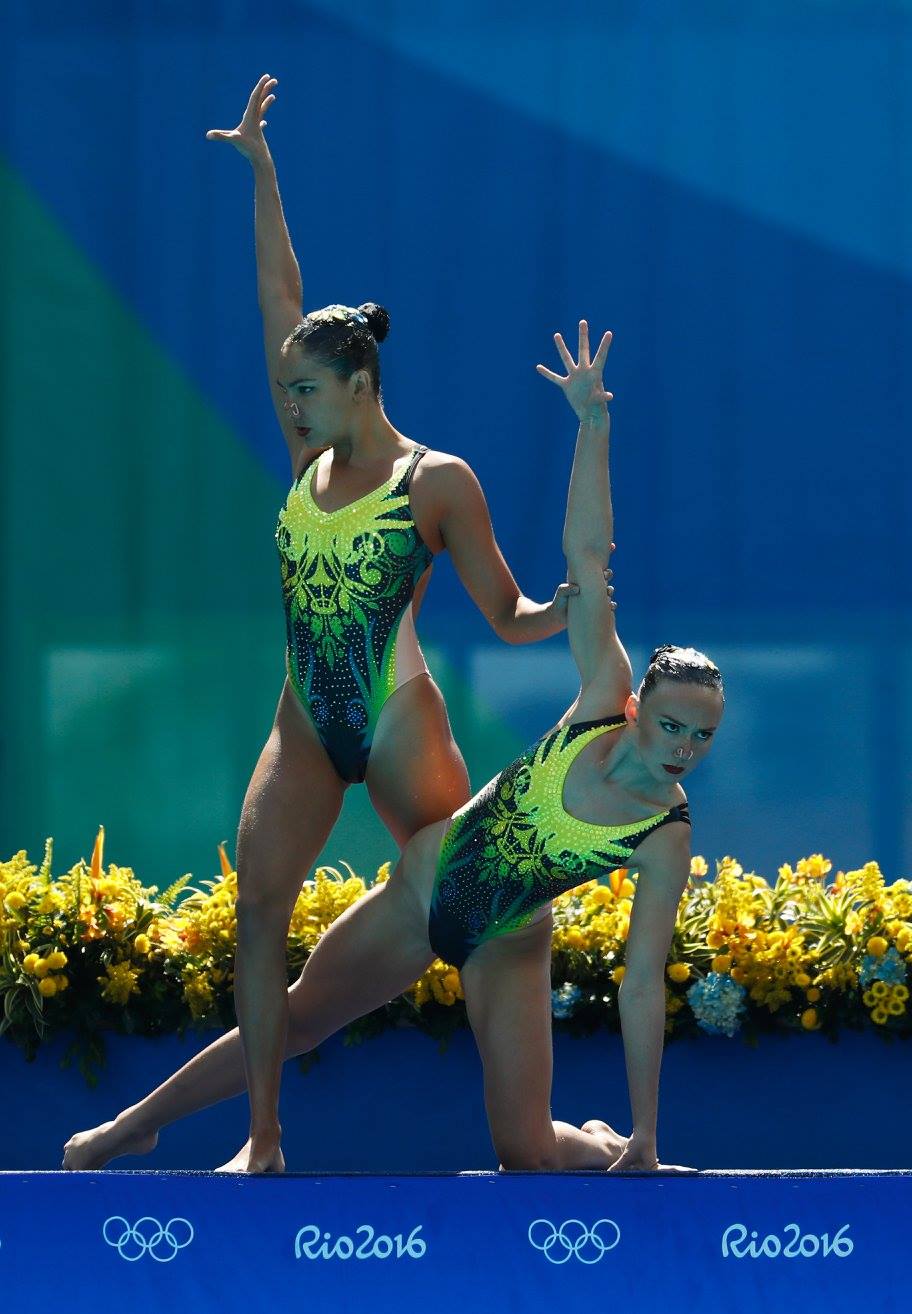 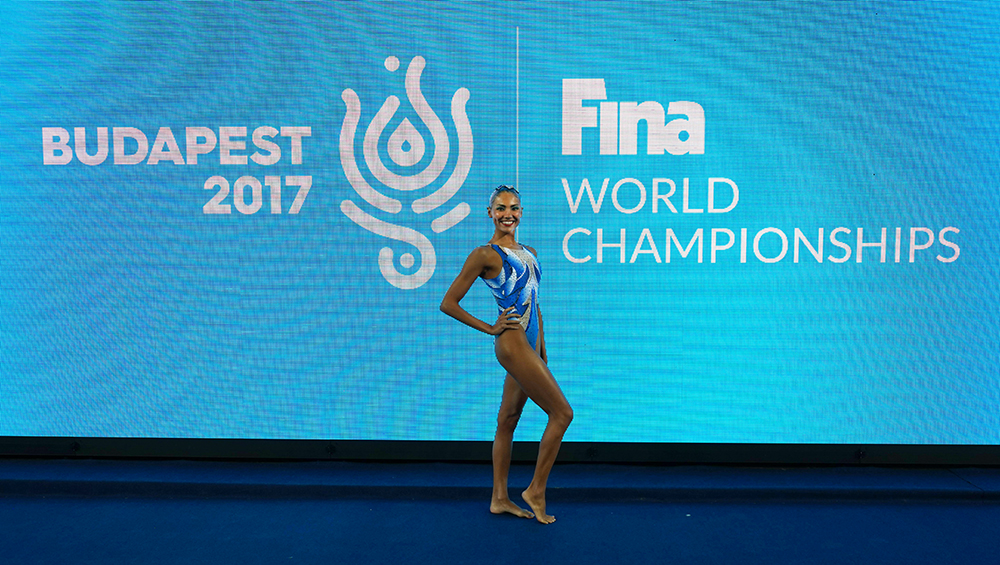 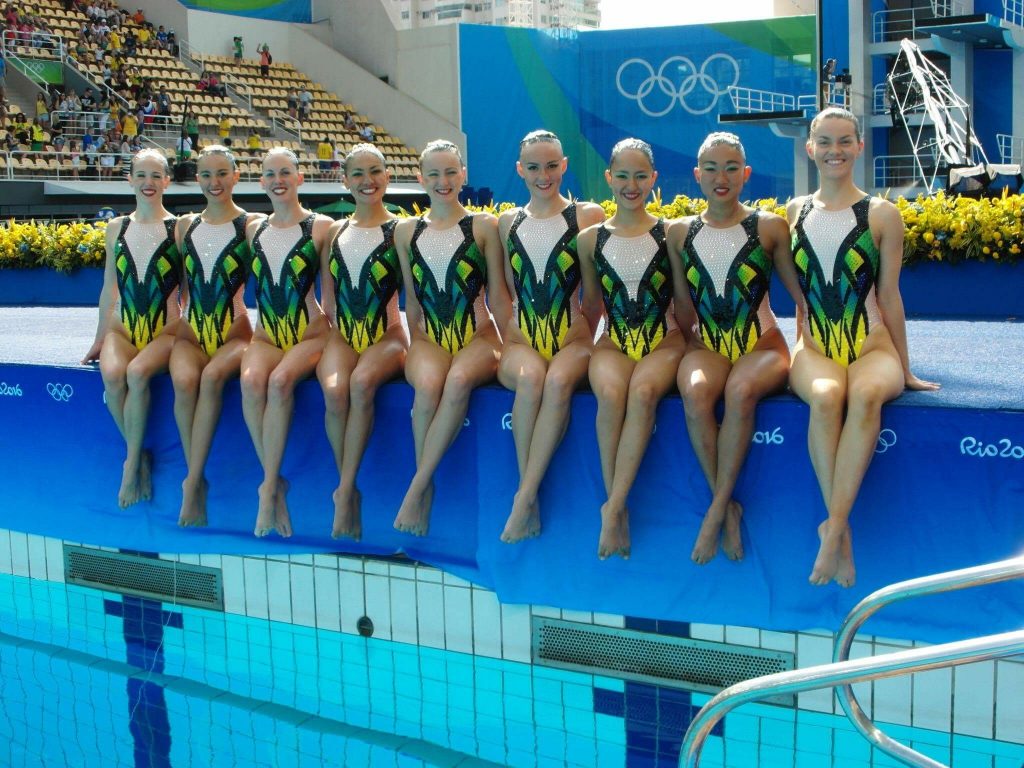 What is your plant-powered ‘cheat meal’?

My absolute favourite meal are ACAI bowls! I can have one everyday all day. Not everyone could agree that this is a cheat meal but every time I have one I feel like I’m in heaven which to me is the definition of a cheat meal.

Why is a plant-based diet the most optimal for your performance?

Who are some other plant-powered athletes that inspire you?

Cristina Sheehan was a teammate of mine at the Rio Olympic Games, she initially inspired me to look into the plant-based lifestyle. Other inspiring plant-powered athletes are Morgan Mitchel who is also an Australian Olympic athlete and competes in sprinting. Meagan Duhamel is a Canadian Pair Skater and shows that strong and grace can come hand in hand. There are many more awesome plant-powered athletes mentioned in the new documentary Gamechangers which is a must watch and available on Netflix!  Finally professional soccer player Alex Morgan.

Favourite vegan eatery or cafe from your travels and locally?

This is probably the most difficult question as I have many favourites, but here are my favourites worldwide. Eduardo’s Beach Shack in Aruba; Gracias Madre in LA, Haleiwa Bowls in Hawaii and Cardamom Pod on the Gold Coast.

Kirsten Kinash is an Australian artistic swimmer and currently on the National Team. She is trailing to get on the Tokyo 2020 Olympic team and she is probably the strongest girl I know! She’s been powered by plants for the last 5 years and is a true inspiration!

Rob Stewart, my uncle who recovered from a paragliding accident. After his accident he made sure to put his health first and after researching and watching “What The Health” he decided to follow the plant-based diet. He has an inspiring and incredible recovering story.

And finally @cowspiracy was the documentary that opened my eyes on how our food can impact the Environment!

Nikita, thank you so much for the chat! It’s so incredible to see an athlete at your level performing and thriving on a diet of compassion. You will no doubt be an inspiration to aspiring athletes here and abroad. Thank you for chatting with us here at LGV!