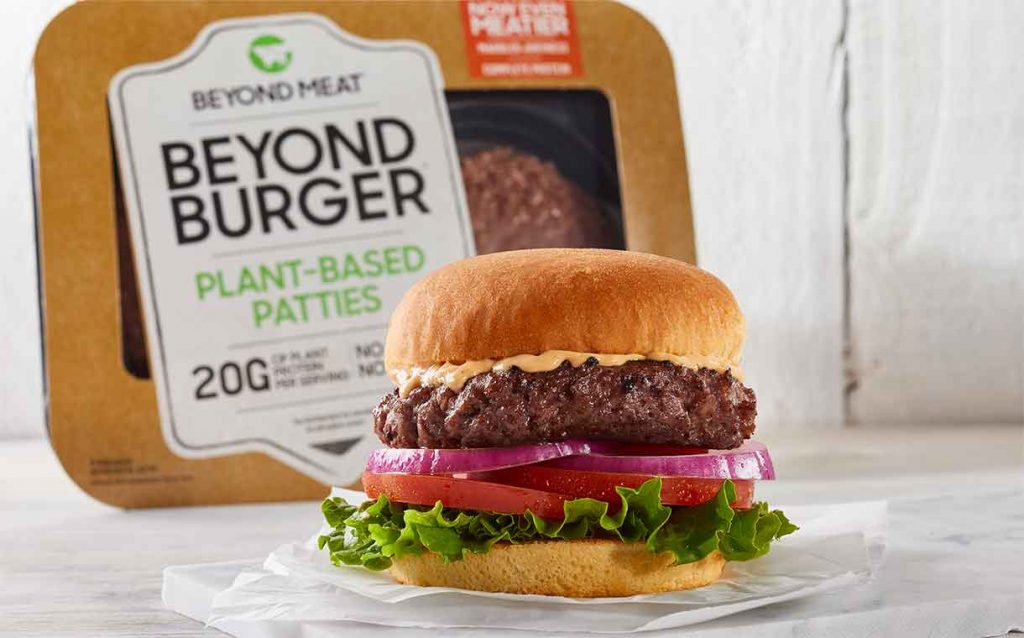 They may no longer be the new kid on the block, but Beyond Meat is certainly one of the first large and influential players in the plant-based meat sector and continues to go from strength to strength. From their high profile investors ( Bill Gates & Leonardo DiCaprio among them) to their celebrity endorses (Snoop Dogg, Martha Stewart, Michelle Obama & more ), Beyond Meat are becoming a mainstream player, especially in the United States where you can find the product in 35,000 stores, eateries, and supermarkets. The company have made very public their opinion on the future of meat (spoiler: they don’t believe animals need to be involved 🙂 ) and we must say we are thrilled and onboard wholeheartedly with the vision!

This week they have ticked another box and that is the launch of their first-ever television ad. This marks their move towards becoming a household name and giving the world a ‘genuine alternative’ to animal protein.

We are so excited to see where the journey will go for Beyond and the slew of new companies now replicating, experimenting, and working with all sorts of plant proteins and cells to replicate animal meat.

Here is their incredible new ad. Be sure to let us know what you think of it in the comment below.

So what did you think of the Beyond Meat ad? Let us know below.