Coles shoppers can now pick up vegan pepperoni, vegan deli-style chicken, and other plant-based meats at their local grocery store, as debut brand Get Plant’d lands in 800 stores around Australia this week.

The entire Get Plant’d range is vegan friendly, and is made from versatile plant-based ingredients such as wheat (seitan) and soybeans (texturised soy protein).

We are excited to see such an extensive new range hitting the shelves, and heres a little of what you can expect to see from the range: 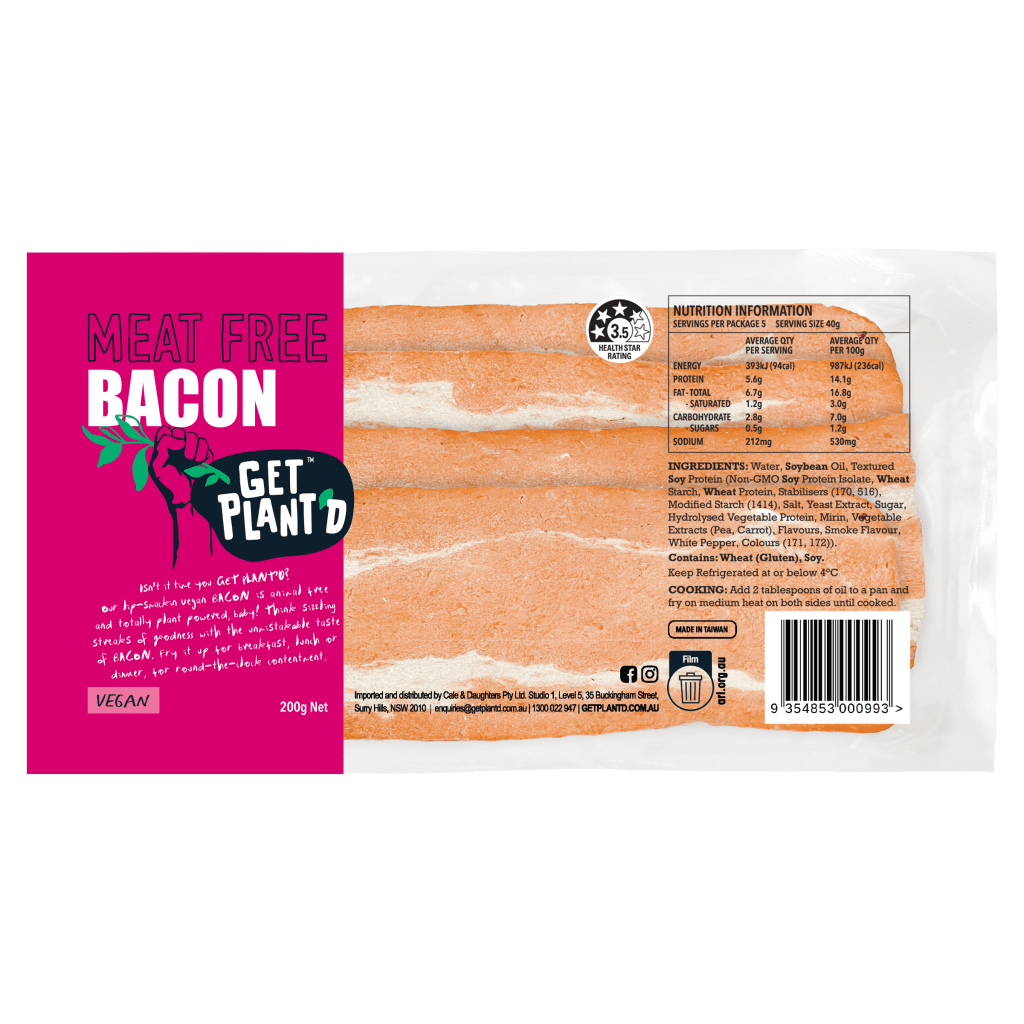 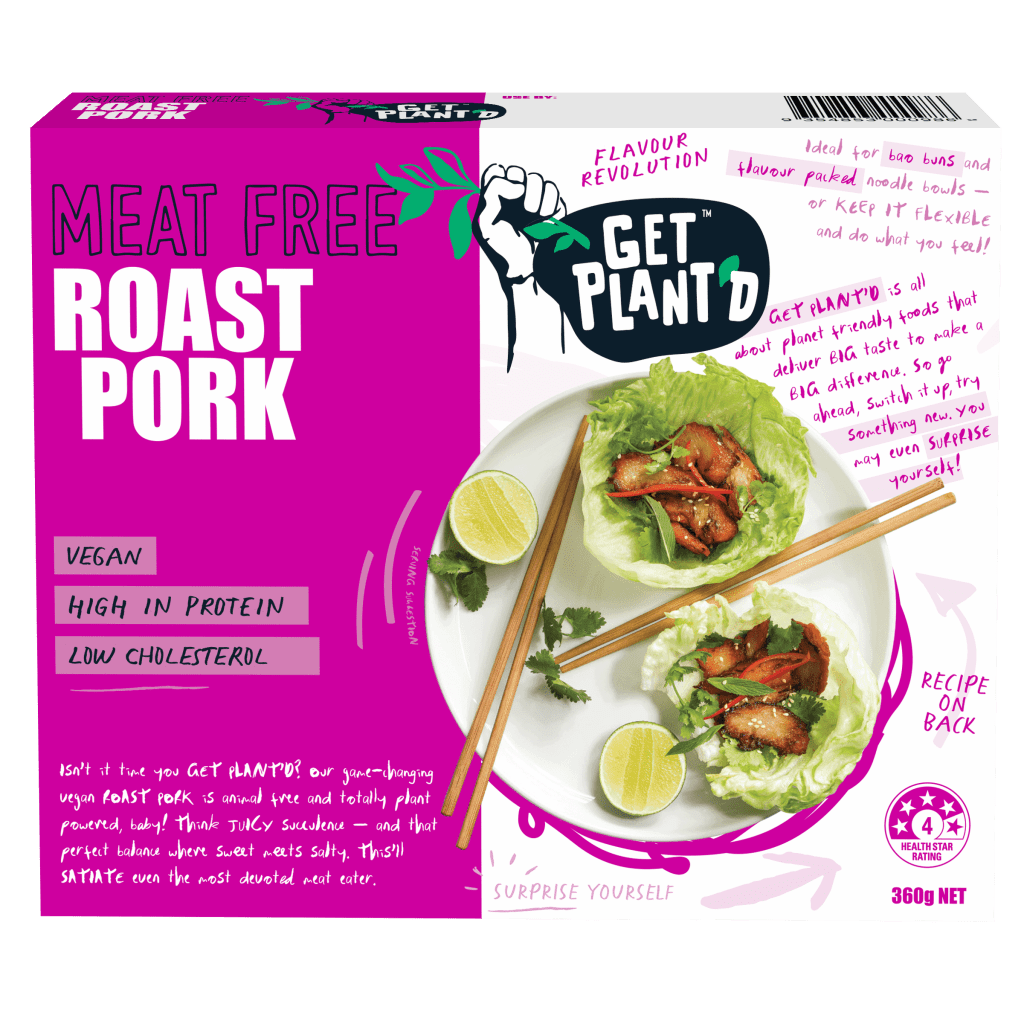 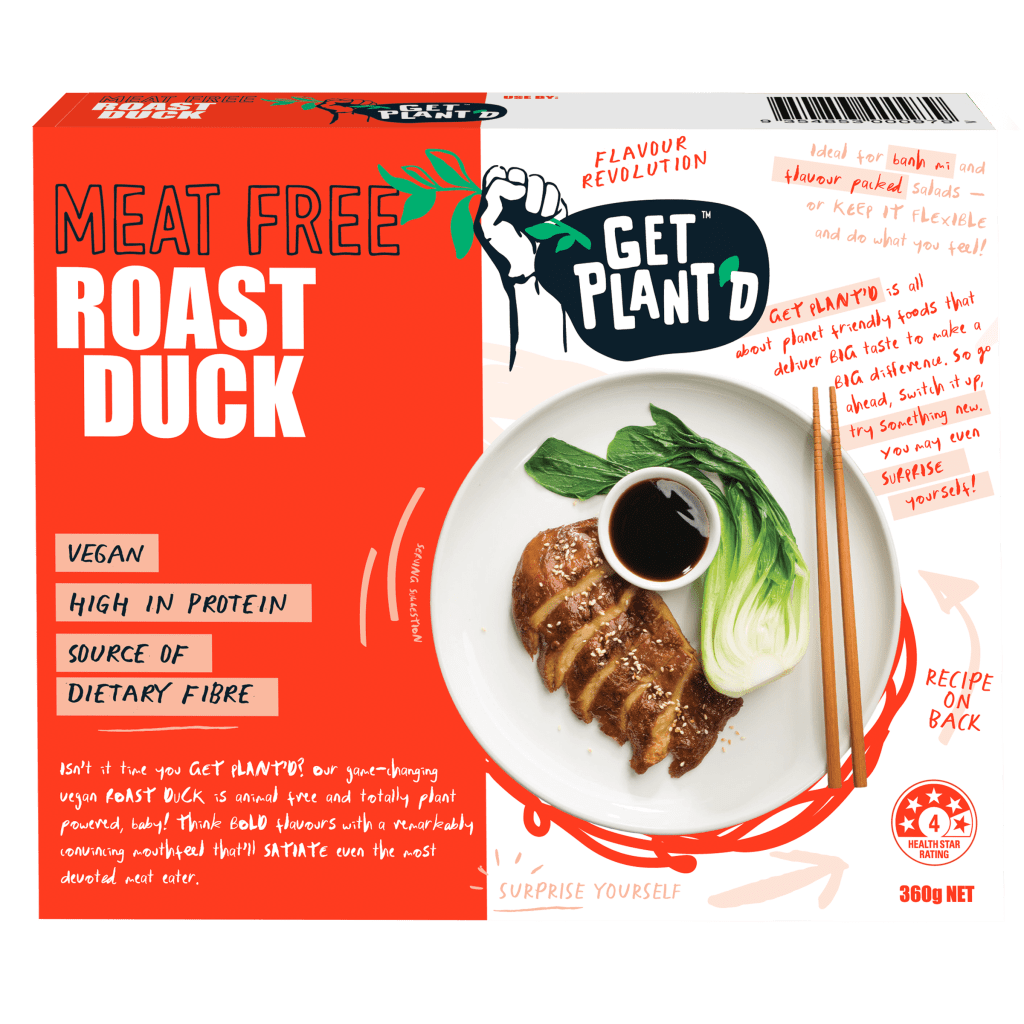 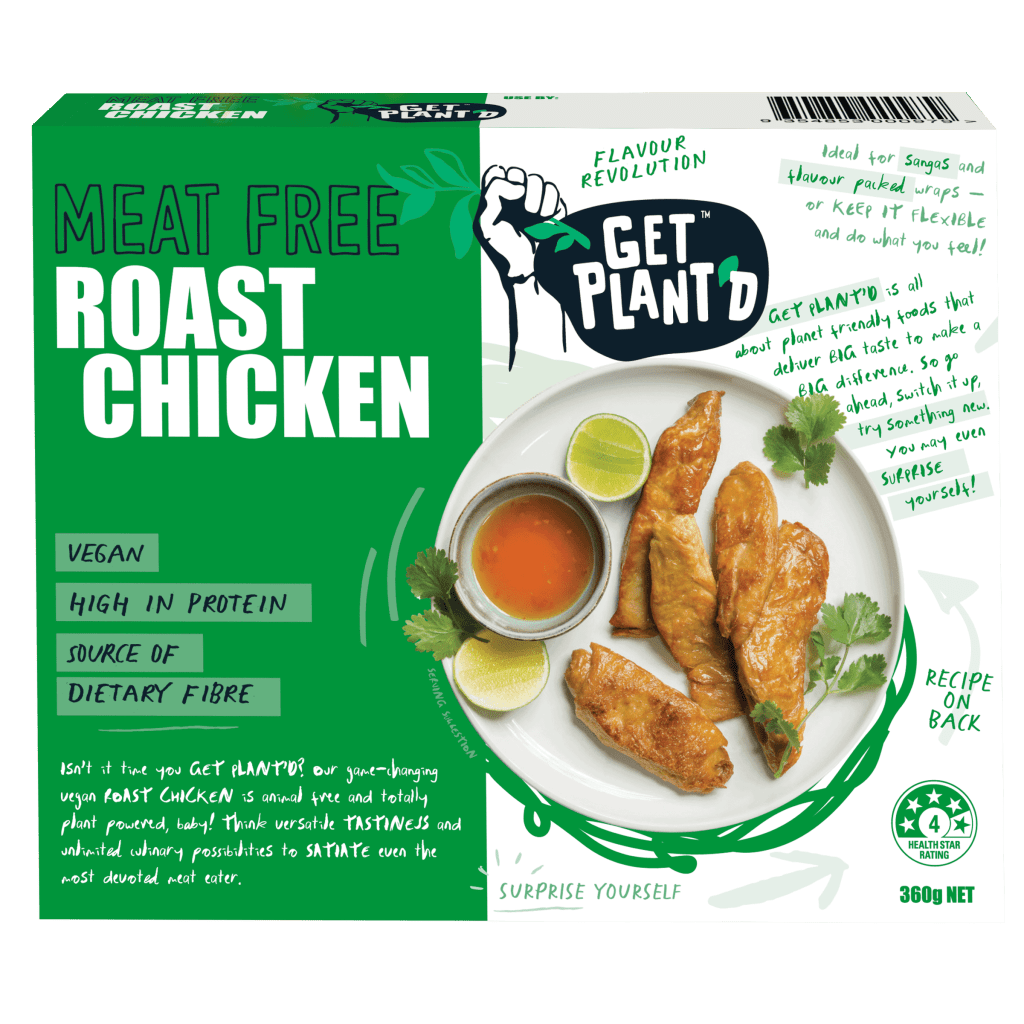 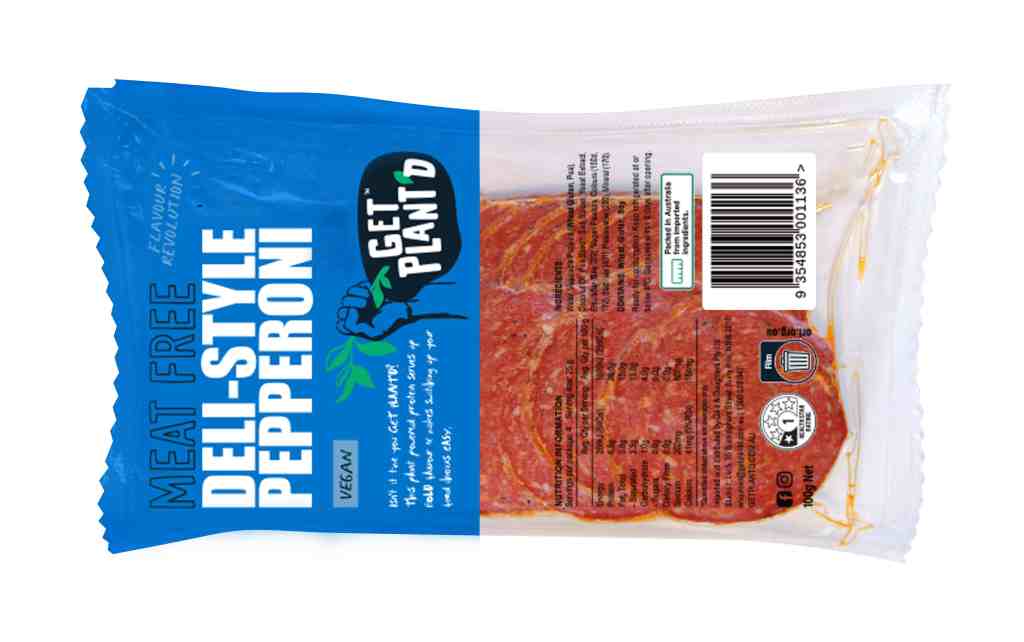 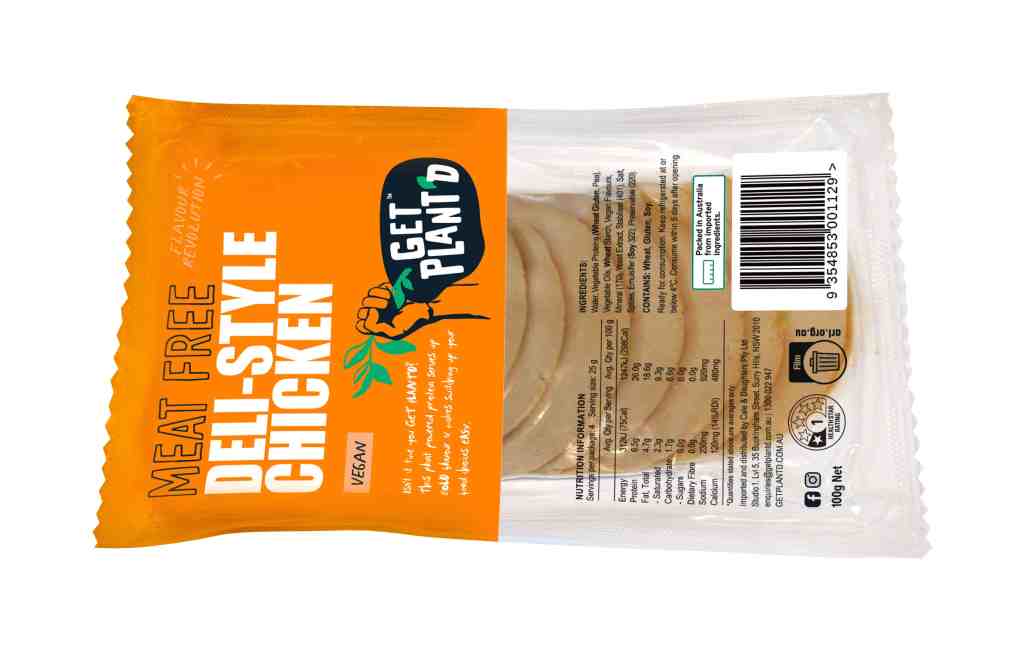 Cale Drouin (who we previously chatted with here), the co-founder of Get Plant’d and its parent company Cale and Daughters, is an Australian restaurateur and food creator with more than a decade’s experience in the plant-based sector. Mr Drouin’s speciality is creating innovative products that not only cater to vegans, but actively attract and engage the mainstream consumer market.

“We’re extremely excited to offer Coles shoppers a fresh selection of plant-based meats that cook, smell, and taste like their traditional counterparts. It’s been some time since deli-style vegan meats have been readily available for Aussie shoppers nationwide. We believe that Get Plant’d Deli-Style Pepperoni and Deli-Style Chicken slices will offer a compelling choice for plant-curious customers.”

“In Australia, there is a growing segment of flexitarian customers who will happily choose plant-based pepperoni for their pizza, or opt for plant-based chicken in their sandwiches, provided these options are tasty, accessible, and convenient.

“The whole Get Plant’d range places an emphasis on delicious taste and ease of functionality. Our goal is to make it simple for shoppers to pick-up a plant-based meat, and to enjoy this product as part of their favourite meals or snacks. People can Get Plant’d without having to commit to specific dietary choices full-time,”

According to the independent think-tank Food Frontier, 1 in 3 Australians is consciously limiting their meat consumption, due to concerns about personal health, the environment, and animal rights. Meantime, 6 in 10 Australians have tried ‘new generation’ plant-based alternatives. These products are created to mimic meat from both a sensory and functional perspective.

“Consumers are more conscious today, and they’re looking for simple solutions to the issues they perceive in their world. For many people, making more mindful food choices is an easy way to contribute to positive change. That’s why Get Plant’d is fun and attention-grabbing. The brand aims to show that switching up your food choices doesn’t have to be difficult or dull,”

Mr Drouin also believes that plant-based proteins have a large role to play in Australia’s future food security, especially as global supply chains continue to be disrupted by fallout from the global pandemic and ongoing military conflicts in Europe.

“Moving away from animal agriculture could also help to position Australia as a leader in alternative plant-based proteins. Previous reports have projected that consumer sales in Australia’s plant-based meat sector could reach $3 billion by 2030, and new vegan businesses could create thousands of jobs in this country. With a Federal Election looming, now is a good time to have a chat about our food choices as a nation,” said Mr Drouin.

Now available at over 800 Coles supermarkets around Australia, go and try the new range for yourself and be sure to let us know what you think of the range!