The Impossible Burger has landed in Australia and as expected, people are losing their minds over it! Whilst you may have already tried a number of plant-based meat options already, the Impossible is a little different. The difference with the Impossible meat is that the meat ‘bleeds’ and feels like you are eating ‘animal meat’. Now for some in the vegan space, this may not be something you necessarily crave, but then again the brand talk about targetting the broader community rather than the vegan community per se.

We can understand this too, as the brand has some big and audacious goals to completely revolutionize the food system and take animals out of the process for the mass market (and we ar big fans of this type of long term view)

So as a company they are disrupting the food system by replicating the meaty, bloody, and dense texture of meat, ie they aren’t your average veggie burger!

Take a look at the video below for an in-depth look into Impossible’s history.

Grill’d the first national eatery in Australia to sell the Impossible Burger pattie with a selection of its classic burgers including the Impossible Vegan Cheeseburger. 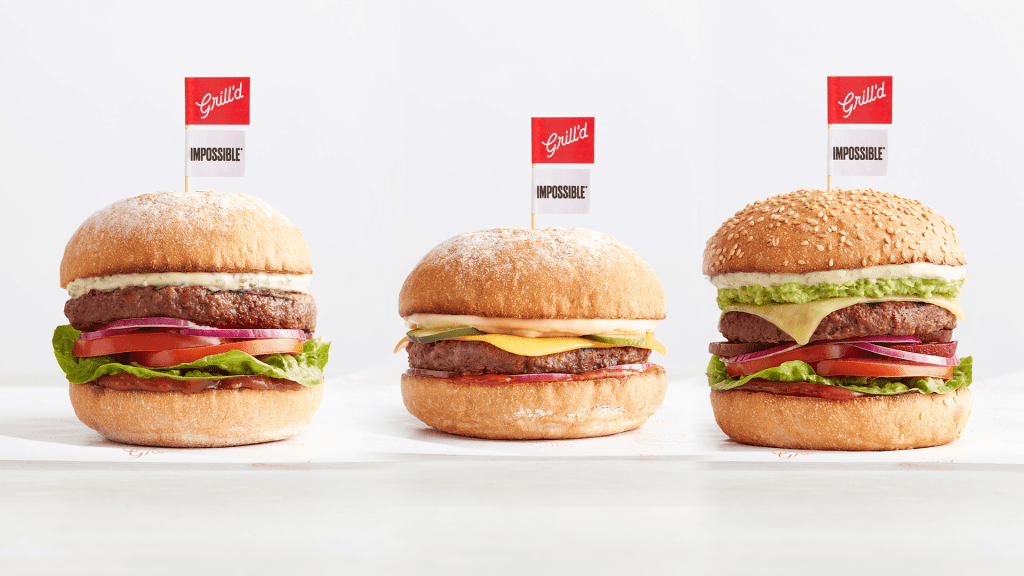 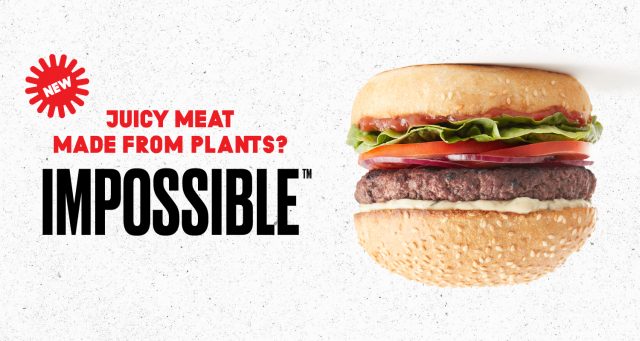 Here’s what Grill’d had to say about the launch

Our new Impossible™ Burgers are juicy, meaty, and satisfying. They cook and taste like beef, but we went one further to dial up the likeness by adding a dash of our signature relish and herbs. And guess what? It’s a match.

A legendary set of four juicy burgers made with plant-based Impossible™ meat. The Impossible™ pattie is a good source of protein, iron and fibre and has no antibiotics or hormones. If doesn’t come from a plant, it’s not in it. Plus, we’re the only burger joint in Australia where you’ll find it.

Here’s what they say about their relationship with Impossible

Impossible Beef is 100% made from plants and it contains zero animal-derived ingredients. Global regulatory agencies often rely on food safety tests that use animals as subjects and Impossible have some helpful articles relating to their many years of research and development. If you want to learn more, you can read more about Impossible Food’s decision here.

Whilst there is still some contention over Impossible’s use of animal testing back in 2017, we are in overall support of the brand, as it uses no animal-derived ingredients and is on a mission to help more people eat plant-based. Now some people will say it isn’t vegan due to this testing process they went through (read more HERE) others will say they will…we are going to leave it up to you! We will close by saying that in general, a company like this with a mission like this is something we love to see and hope to see more of in the future.

I Should Be Souvlaki turns one!