More ‘Made With Plants’ hitting the shelves

More ‘Made With Plants’ hitting the shelves. 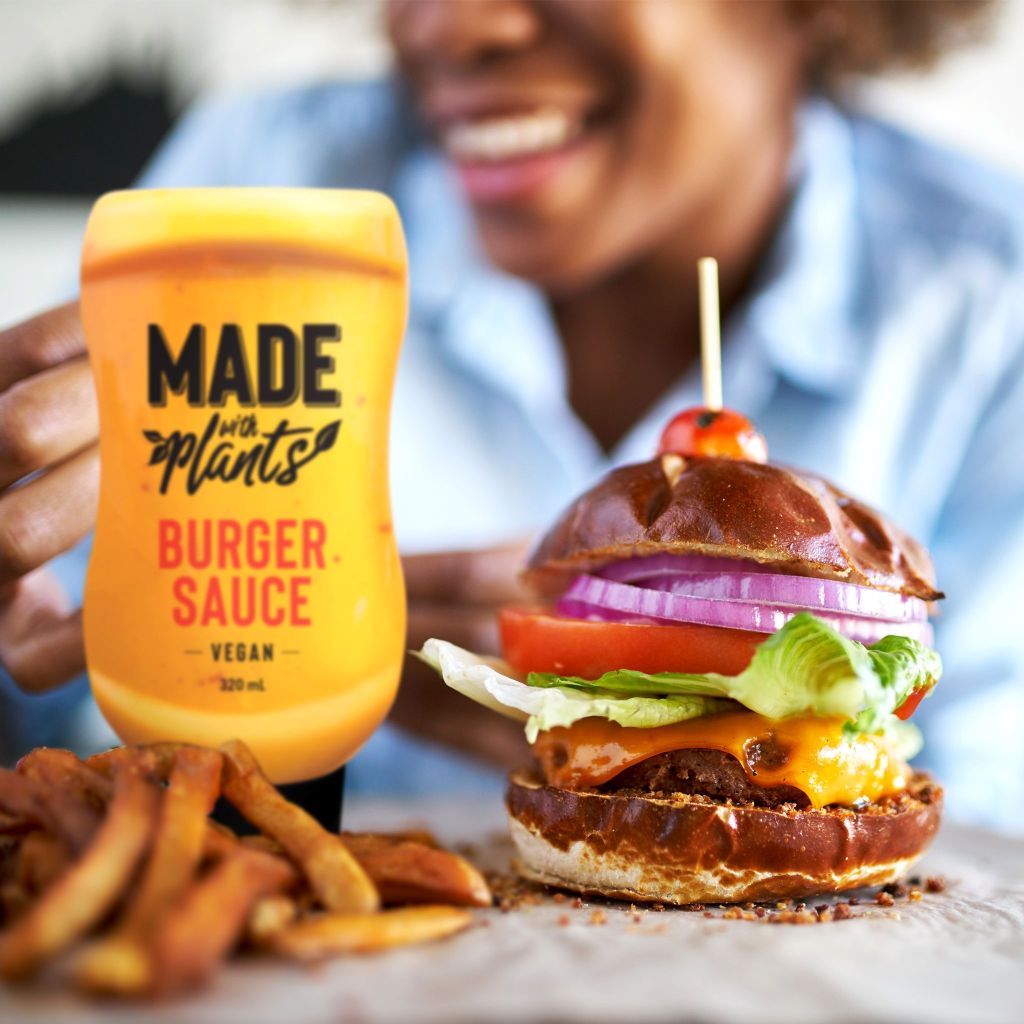 As the national appetite for vegan food continues to grow, Australian brand Made With Plants has just added 9 new products to its Woolworths exclusive range!

The expanded range comes as Woolworths reveals that there has been a significant growth in consumer demand for plant-based alternatives at 32% year-on-year – with the increasing popularity of the ‘flexitarian’ diet being one of the main drivers amongst consumers.

Made With Plants’ expanded range comes as a growing number of consumers embrace plant-based alternatives. Notable areas of interest include plant-based ready meals, which have demonstrated a growth rate of 20% year-on-year, according to Woolworths.

“More of our customers are becoming interested in vegan options, and we’ve expanded our plant-based range in recent years to meet that demand and provide greater choice,”
–Woolworths Plant-based Category Manager, Mauro Pisani

The growth of the plant-based market can be attributed to a number of factors–with personal health the primary reason that Australians choose to eat less meat, followed closely by concerns about the environment and animal welfare.

In fact, according to a report released by independent think tank Food Frontier, 1 in 3 Australians are consciously limiting their meat consumption, whilst the number of people self-identifying as ‘flexitarians’ has grown by 20%.

An additional 10% of Australians are now entirely meat-free and maintain a vegetarian or vegan diet.

Of course, the advancement of ‘meat alternatives’ that mimic the taste and functionality of meat (in familiar formats such as sausages, bacon or meatballs) is also driving change. Today, 6 out of 10 Australians have tried this so-called ‘new generation’ of plant-based products, and Made With Plants is leading the way!

The following Made With Plants products landed in Woolworths’ plant-based chilled category around the country last week:

●  Made With Plants Ready Meals: Including new varieties, such as microwaveable Bangers and Mash, Beef and Black Bean, and Thai Green Chicken Curry. 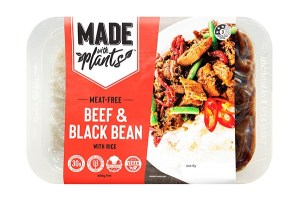 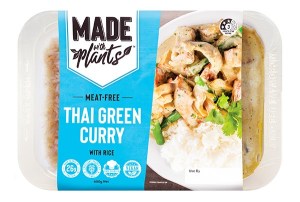 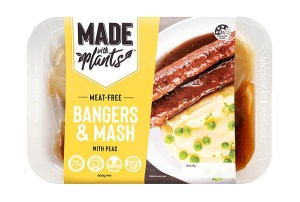 ●  Made With Plants Tofu: Available in Sesame and Garlic, Sweet Chilli, and Teriyaki flavours. 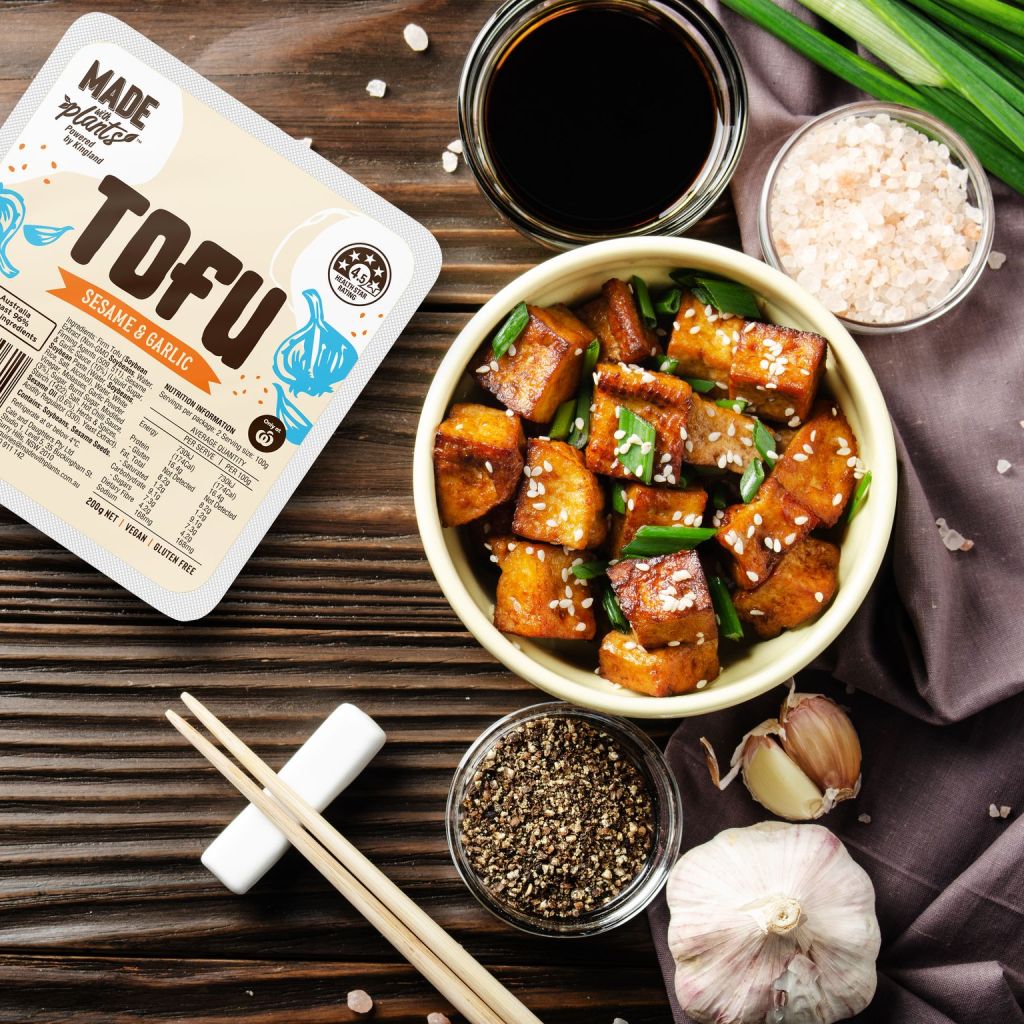 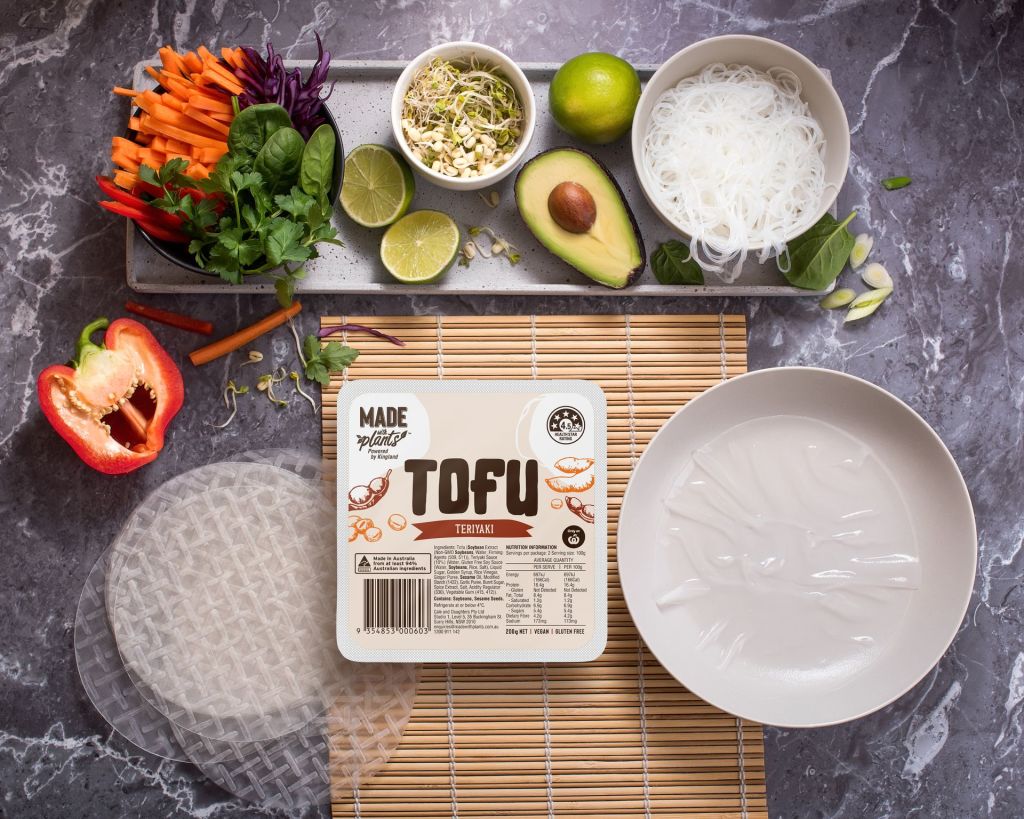 ●  Made With Plants Sauce: Including Burger sauce, Ranch sauce, and Mayo. 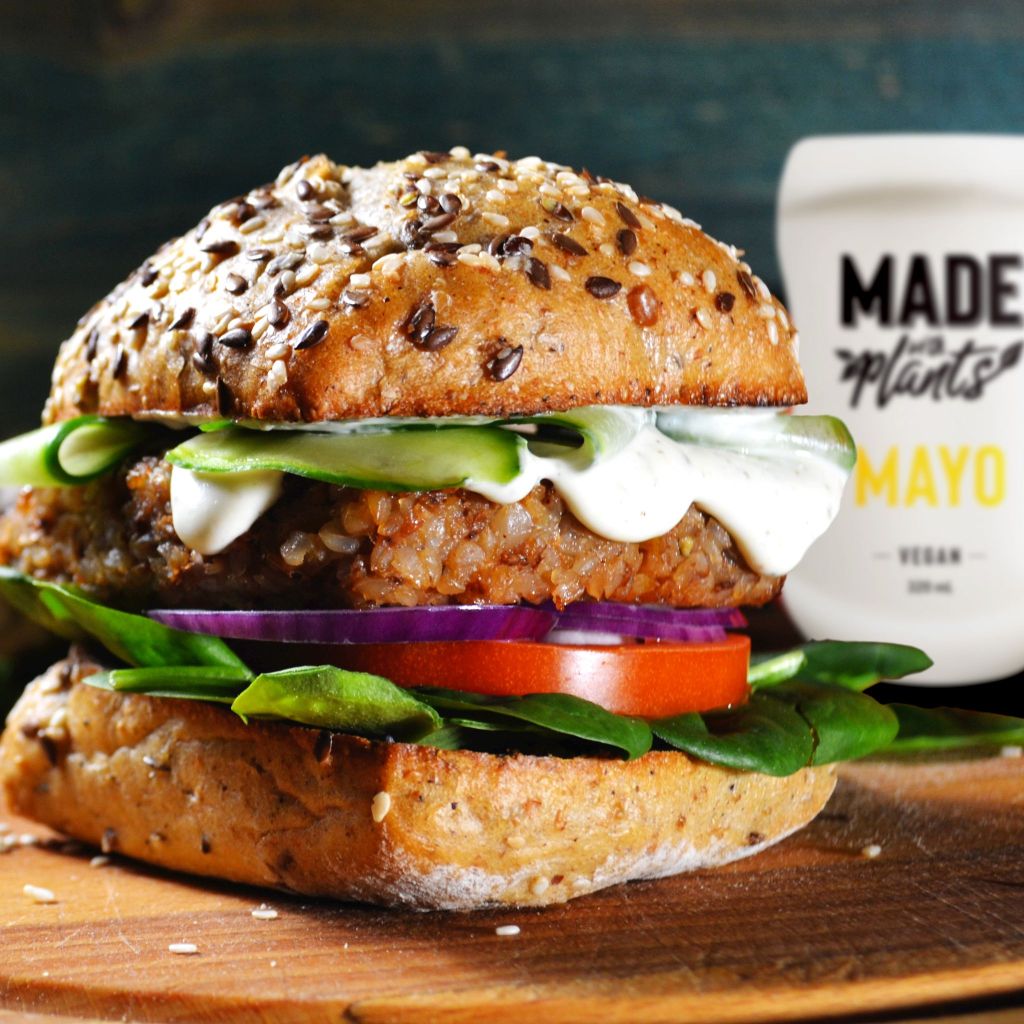 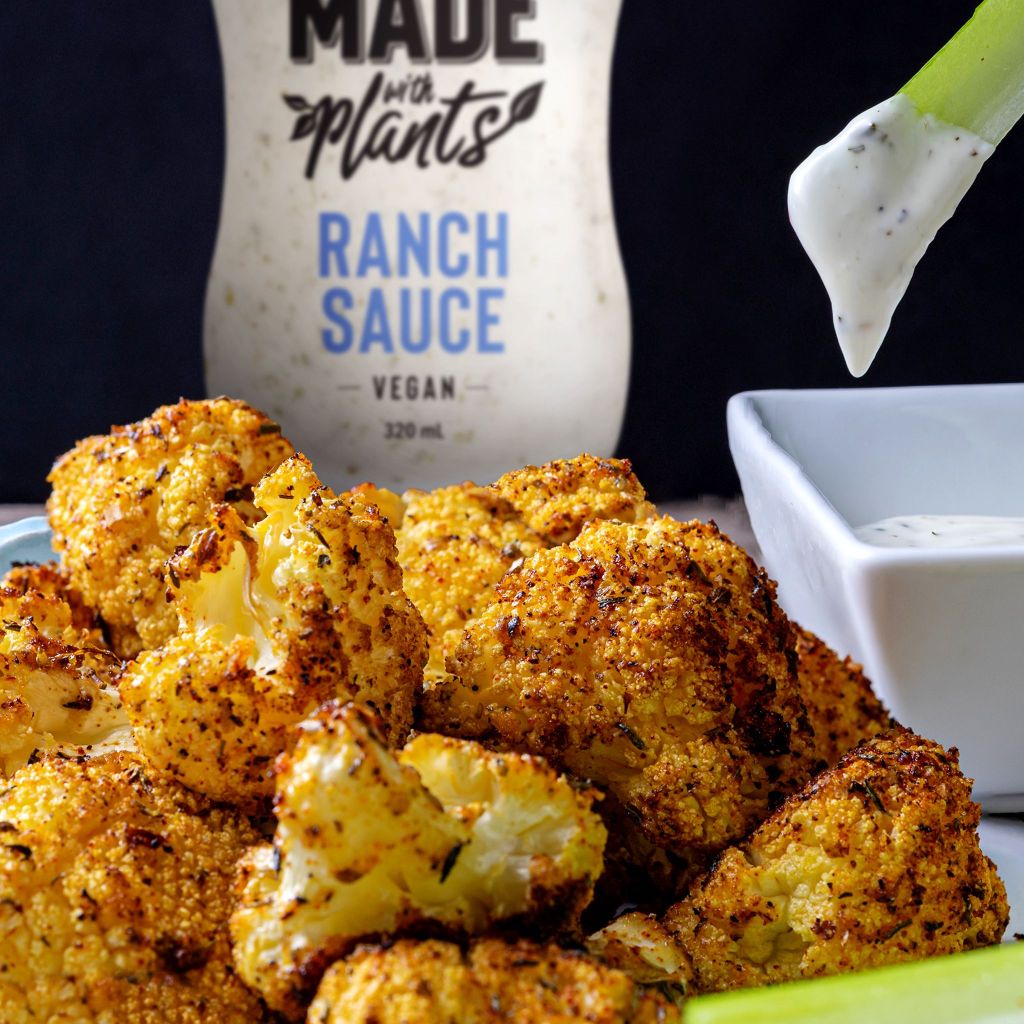 The entire Made With Plants range is vegan friendly and uses versatile plant-based proteins made from natural ingredients – including seitan from wheat, or tofu from soybeans. The ranges’ current best-sellers also include Made With Plants Bacon, Mince, Meat Loaf, and dairy-free Cream Cheese.

About Made With Plants 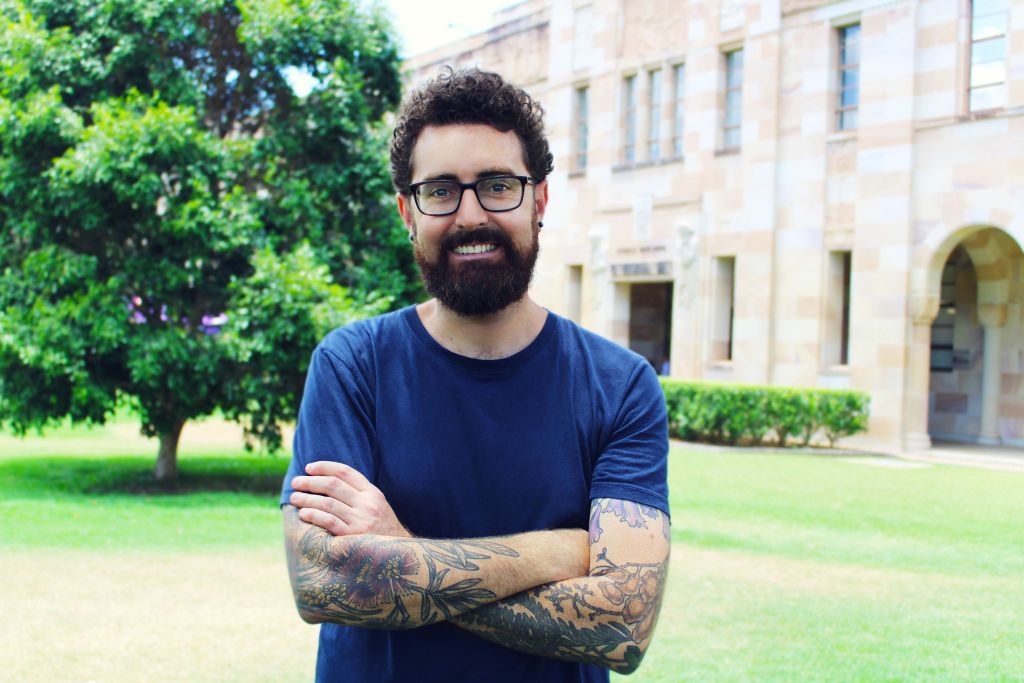 Cale Drouin, the co-founder of Made With Plants, is an Australian restaurateur and plant-based food creator with a decade’s experience in the vegan sector. His speciality is creating innovative products that not only cater to vegans but actively attract and engage the mainstream consumer market. We recently interviewed him HERE.

“Woolworths has become a market leader in providing plant-based food options for their customers. The fact that Australia’s major grocery retailer has embraced the vegan category says something fundamental is shifting in our food choices as a nation,” Drouin said.

The growth of the plant-based market can be attributed to a number of factors – with personal health the primary reason that Australians choose to eat less meat, followed closely by concerns about the environment and animal welfare.

“Consumers are more conscious today, and they’re looking for simple solutions to the issues they perceive in their world – for many people, making more mindful food choices is an easy way to contribute,” Drouin said.

So what are you waiting for?

Get down to your local Woolworths and stock up on the amazing Made With Plants range. To read more on the founder remember to check out our interview with him here.

Products
Tags #Made with plants, #Vegan At Woolworths