This June, charity partners Vegan Easy and Vegan Australia have teamed up to give all Australians the opportunity to try an increasingly popular way of life via the National June Vegan Easy Challenge.

As Australia’s longest-running challenge of its kind, the free program provides support and guidance to the increasing number of Australians looking to explore the philosophy and practice of veganism (How good is that!)

A 2019 Roy Morgan survey found that nearly 12.5 million Australians are predominantly vegetarian (up to 12.1% from 9.7% in 2012), with one in three people already eating vegetarian or actively reducing meat. In the 12 months to May 2021, Australia was only topped by the UK for volume of searches for ‘vegan’ on Google – with South Australians leading the enquiries, followed closely by Victorians and Queenslanders. 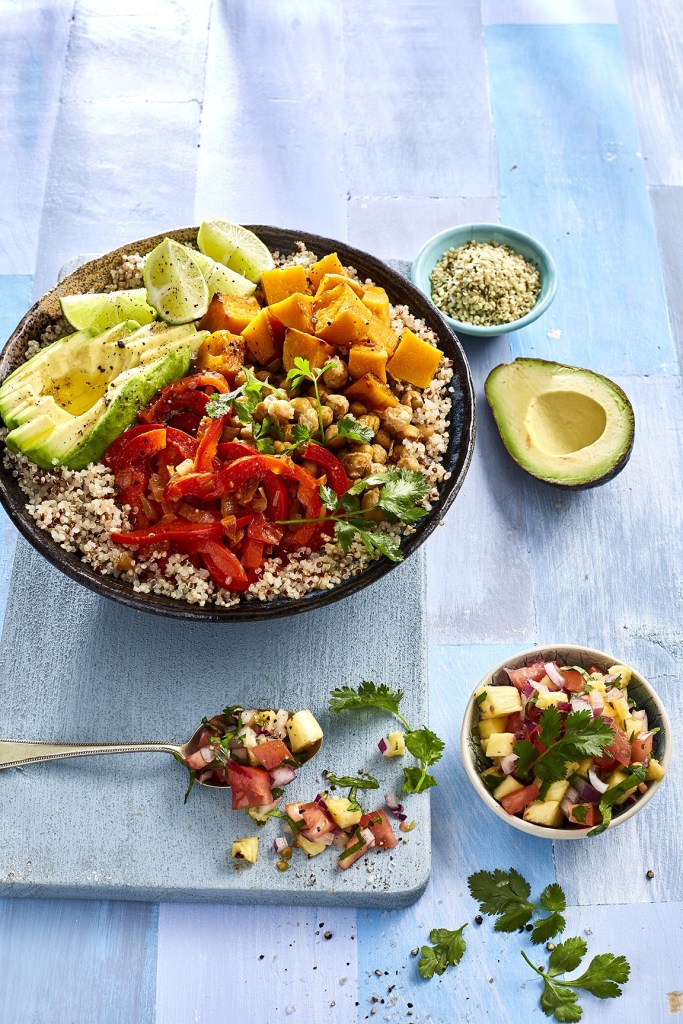 Major retailers are clearly paying close attention to these rising trends, with analysis by Vegan Australia revealing that the number of vegan grocery options provided by Woolworths supermarkets nationally is increasing at a rate of 55% per year. The exponential growth of initiatives such as Veganuary, No Meat May and Meat Free Mondays demonstrates that many people are looking to dip their forks into veganism for the first time.

For some, the uncharted road ahead may seem a little daunting. Whether it’s for reasons such as a lack of culinary skills or fail-safe affordable recipes, concern about adequate nutrition intake, or not having any other vegans in-real-life to turn to for advice, there are numerous ways budding vegans may struggle to transition their food and lifestyle choices. The 30 Day Vegan Easy Challenge was created exactly to help meet this need by providing evidence-based information and peer support to ‘plant-curious’ Australians and the wider international community.

For the month of June only, all Challenge participants will also be provided with free access to an online vegan cooking school with over 600 video classes in culinary techniques and world cuisines. 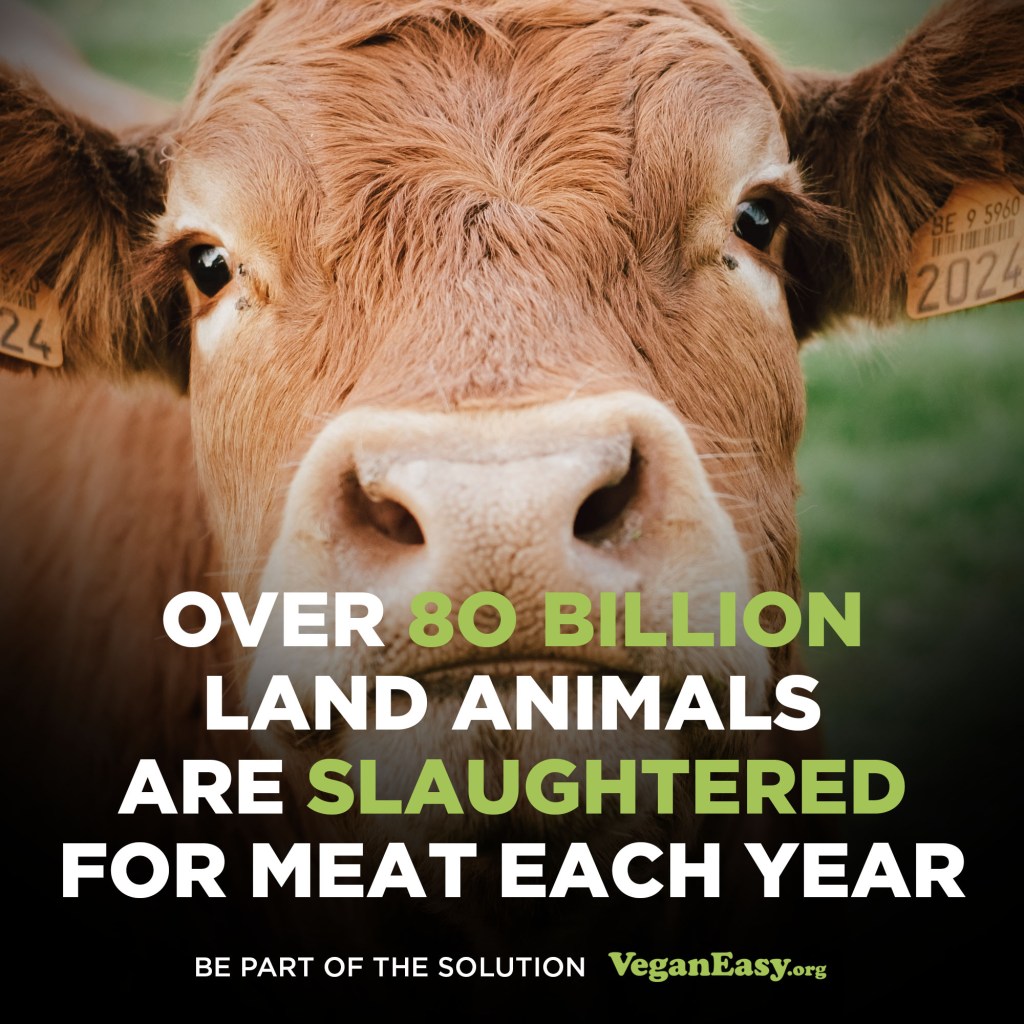 Nadia Fragnito, the author of The Vegan Italian Kitchen and presenter on SBS’s The Chefs’ Line and Network 10’s Freshly Picked, is one of the contributors to a video series especially commissioned for the June Challenge. Melbourne-based Nadia will demonstrate how to make her increasingly sought-after walnut polpette ‘meatballs’ which she says is just one of thousands of recipes that, “prove you can still be vegan and keep your food traditions.” 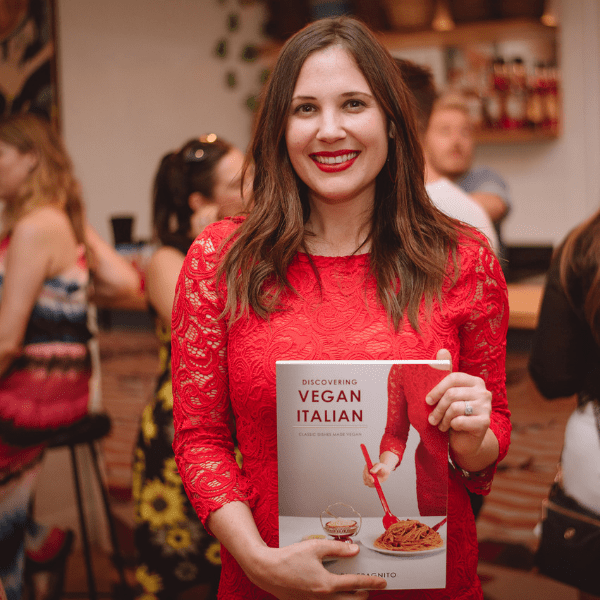 There are various motivating factors that are spurring the rise in curiosity about veganism across Australia and globally. As non-profit organisations working in the space of vegan advocacy for a combined 50+ years, Vegan Easy and Vegan Australia have observed that people are often moved to explore this lifestyle by a combination of reasons. A love of animals, or a desire to improve one’s health can converge with the growing awareness that eating and using animals is one of the leading causes of environmental degradation such as land-clearing, native terrestrial and aquatic species extinction and climate-change.

Many Australians are beginning to understand that any goal to tread more lightly on the earth needs to be accompanied by the avoidance of animal products wherever possible and practicable. The recent EAT-Lancet Commission on Food, Planet, Health placed unhealthy diets as the leading risk factor for disease worldwide and called for a global shift towards plant-based eating for both personal and planetary health. 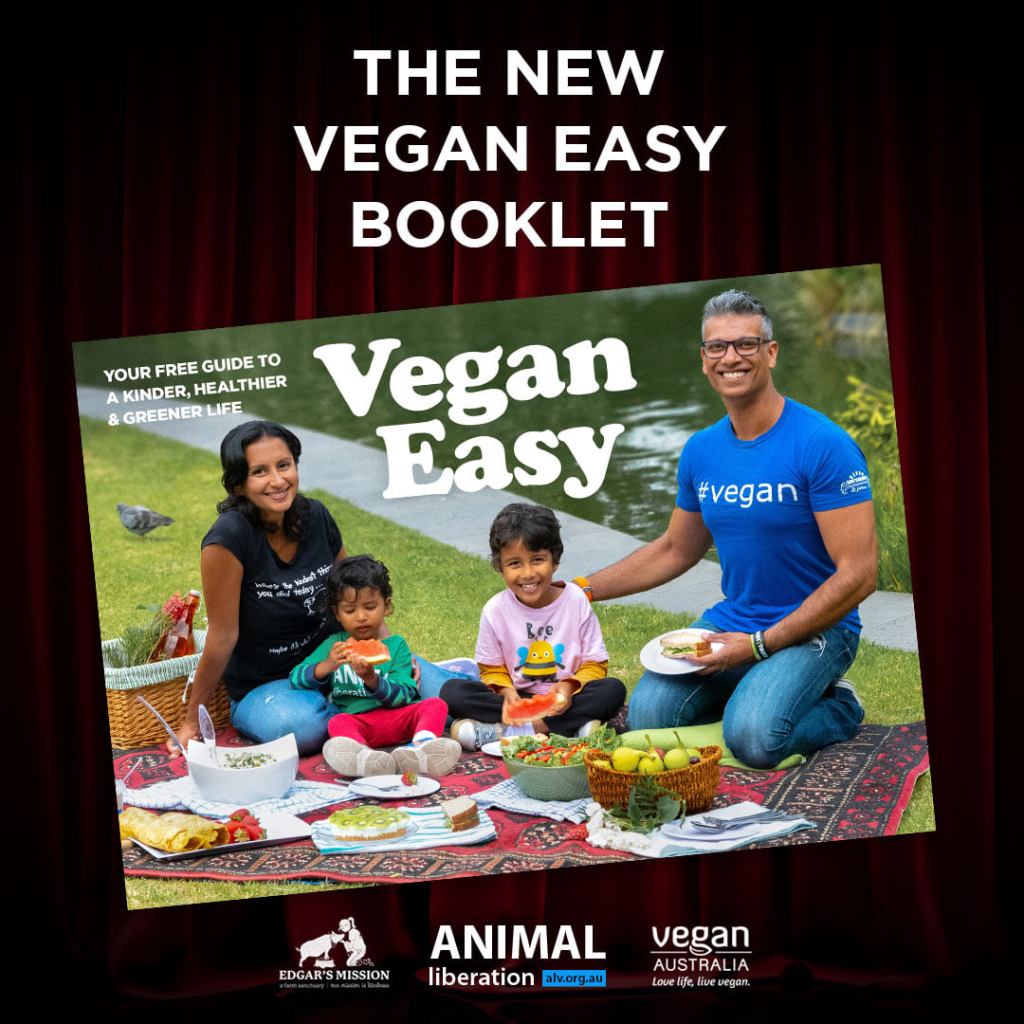 Dr Ash Nayate (who we interviewed a few years back, read here!) is an Australian medical professional and appears on the cover of the recently updated and re-launched Vegan Easy booklet (a companion resource to the Challenge). As both a healthcare provider and parent of two young children who have been vegan from birth, Dr Nayate has complete confidence in the science that, “A plant-based diet is a powerful prescription for good health.” Her husband Gaurav, a finance professional and amateur athlete, joins numerous other long-term vegans from diverse backgrounds as official Mentors for the June Challenge. Vegan since 2011, Gaurav jumped at the chance to sign up for the Challenge at the beginning of his plant-based journey. Since then, he’s taken every opportunity to help others as a Vegan Easy Mentor and enthuses that, “Switching to vegan has never been easier, especially when you can access tailored support from experienced vegans who have picked up all the best tips and tricks for success.” For the month of June 2021, there are additional enticements to sign up to the Challenge with all participants in the running for a swathe of amazing prizes generously donated by some of Australia’s most iconic vegan businesses and brands.

From the likes of a vegan B&B holiday on the Sunshine Coast, to magazine subscriptions, shopping vouchers and even plant-powered treats for your pets, there are thousands of dollars of gifts for those who stay on course for the 30 Day Challenge. Vegan Easy Coordinator, Lefki Pavlidis says,

“Taking the June Vegan Easy Challenge is a big win for human health, the animals and the planet. The extensive prizes up for grabs are just the cherry on top!”

The Vegan Easy Challenge has been helping Australians switch to vegan since 2009 and is an initiative of registered charity Animal Liberation Victoria.

So what are you waiting for? Jump onto their website and sign up for the 30-day vegan challenge this June.

If you have any additional questions feel free to reach out to us at any time at hey@letsgovegan.com.au