“I know we can’t all travel the world right now, so I hope this sensory cookbook will soothe our adventurous spirits and hungry souls.” – Nadia Fragnito

Nadia Fragnito of The Vegan Italian Kitchen is someone we have been following for a number of years now. Nadia is an acclaimed chef and more importantly a lovely person and passionate vegan advocate for all things Italian! So with the release of her new book this coming summer, we wanted to take a look at what she has in store for us and what we can expect in the way of Southern Italian vegan cooking!

A Vegan Summer in Southern Italy: recipes and culinary adventures is a unique exploration of the plant-based cuisine of the south, as experienced by the author on her own travels to Italy.
Nadia Fragnito is an in-demand vegan Italian expert, author of Discovering Vegan Italian and a regular guest on Channel 10s Freshly Picked with Simon Toohey. She featured on SBS The Chefs’ Line and was interviewed by MasterChef’s Melissa Leong for SBS Food. Nadia has also contributed recipes and articles to Nourish magazine, as well as best-selling UK magazines Vegan Life and PlantBased.

With her extensive knowledge and experience, Nadia’s new 320 page book takes the reader on a summer journey through southern Italy with each chapter showcasing regional towns and their authentic plant-based dishes. Featuring 70 recipes along with vivid photography and storytelling, A Vegan Summer in Southern Italy is available for pre-order from November 18th. It will be released in Australia in selected bookstores and online from January 18th 2022. 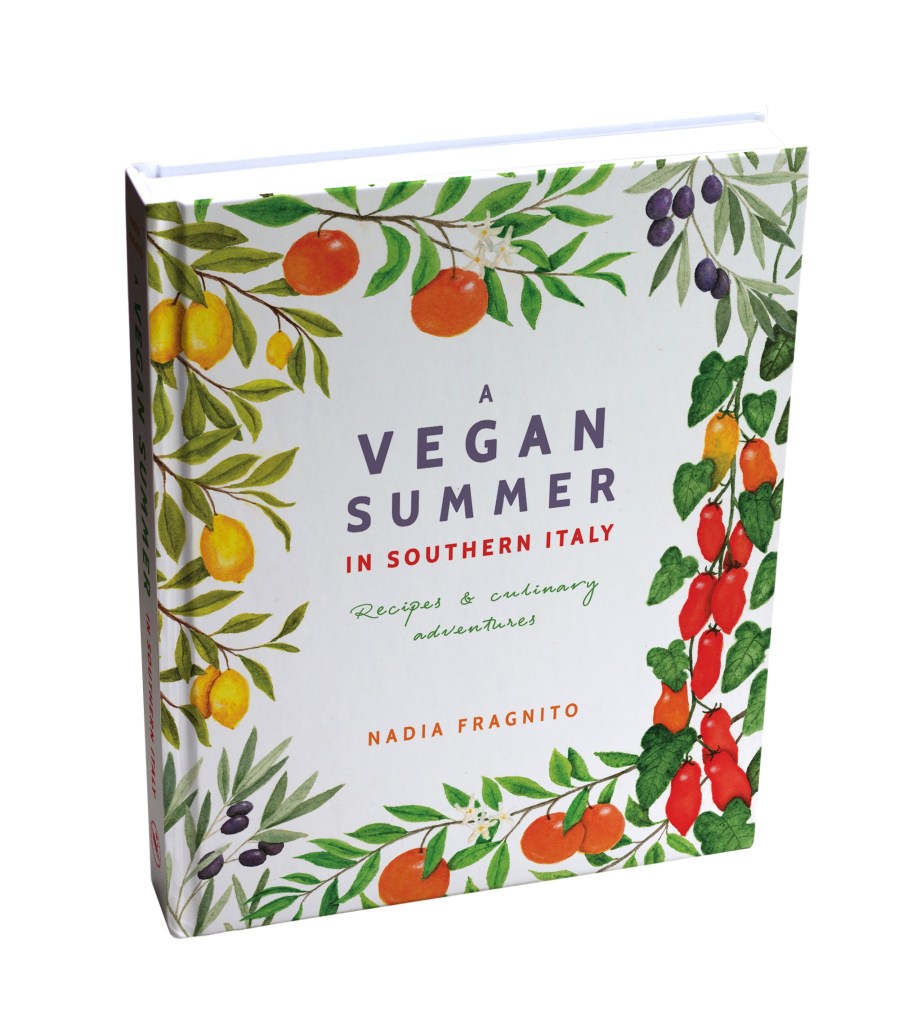 Nadia wanted a cookbook that celebrated vegan produce – a departure from most Italian cookbooks that so often focus on meat and dairy.

“Southern Italy is incredibly vegan friendly. There is a wealth of ‘accidentally’ vegan recipes that were historically created out of necessity, when animal products were unaffordable. Southerners made vegetables, grains and legumes the heroes. Food was satisfyingly simple. And it still is today.”

Nadia’s recent trips to Italy, as well as her Italian heritage led to the birth of this book.

“This is the cookbook I always wanted to write. It celebrates vegan cuisine as well as a personal connection to the south –  my heritage. It was important that I share my family’s journey, as well as the recipes my nonna would cook.”

Recipes include popular dishes such as Caponata, Pizza Napoletana and Puttanesca and also showcases lesser known recipes like Taieddha, Pane e Panelle and Pasta alla Paolina. The cookbook features a few surprises by veganising dishes that traditionally use eggs or dairy with Torta Caprese, Spaghetti di Frittata and Sfogliatelle Frolle.

Part cookbook, part travel guide, each chapter begins with a tour through the southern towns, from Nocelle in the highlands of the Amalfi Coast, to the countryside town of Molinara, to the cultural melting pot of Palermo – and culminates with authentic recipes from these regions.

A Vegan Summer in Southern Italy published by The Vegan Italian Kitchen will be released on January 18th 2022 in hardback RRP $49.99.

The Proof Is In the Plants Book Is Out Now!