Who wouldn’t be keen to try this mouth-wateringly good vegan dessert?! Thanks to the good folk at Mckenzie’s Foods we have this delicious and easy to recreate vegan berry tart for you to try at home!

fan-forced). processor and pulse until oats are a fine crumb. Add coconut oil and maple. Pulse until well combined. base. Press mixture firmly into the base and up the sides. Place on an oven tray and bake for 15 minutes. Allow to cool. into tart cases. Finish with fresh berries. 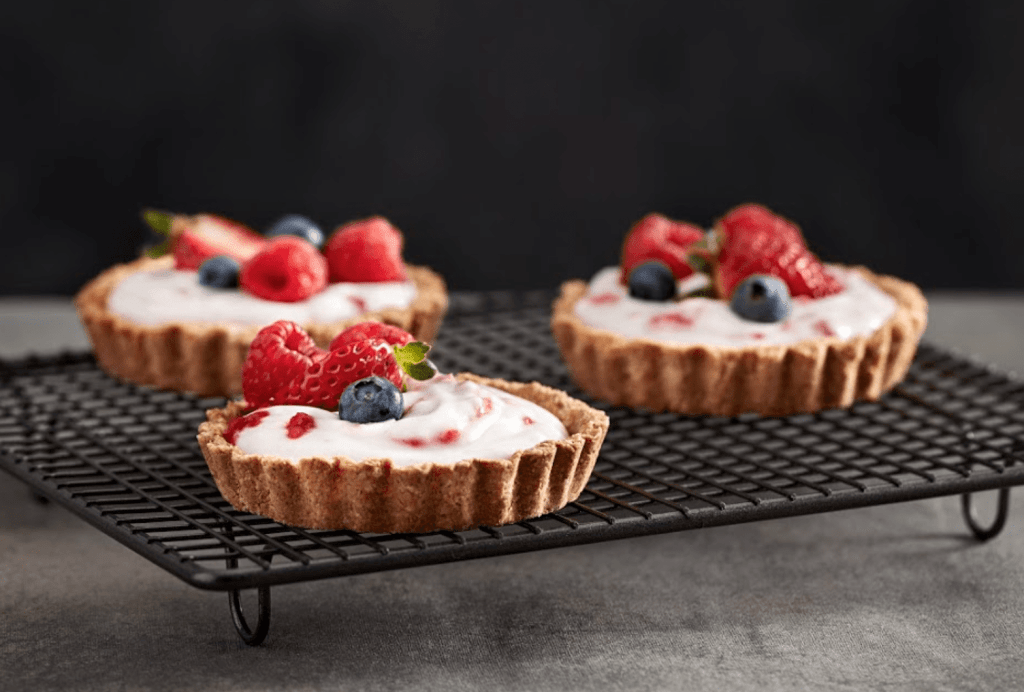 The recipe lovingly provided by Mckenzie’s