Veganz launches in Australia and is now available at Woolworths

Veganz is a leading brand for plant-based food products from Berlin Germany who has now landed in Australia. The company who have been incredibly successful in Europe have now released their product into the ever-growing Australian market.  Veganz was founded 10 years ago by Jan Bredack who was elected as
‘Person of the Year’ by PETA Germany in 2014.

The brand has partnered with Woolworths and the Vegan Grocery Store in Sydney & Melbourne to start offering their top-selling vegan pizza in Australia.

From this month, the Veganz Pizza Verdura will be sold in 180 Woolworths stores across Victoria & New South Wales initially.
The purely plant-based brand has already established itself as one of the most popular vegan frozen pizza brands in Germany, Austria, and Switzerland and they will no doubt be a huge hit here in Australia.

Studies have found that around 2% of the Australian population followed a vegan diet in 2019 and around 12% were vegetarian. A Google Trends analysis by the Australian food blog Chef’s Pencil has also shown that Australia is the world’s second most popular country for vegans after the UK.

Almost 9% of new products in Australia are vegan and do not contain any animal-derived ingredients. One of the main reasons for a vegan or vegetarian diet is climate consciousness and Veganz is addressing this issue across the board with its hand-topped, environmentally-friendly pizzas. 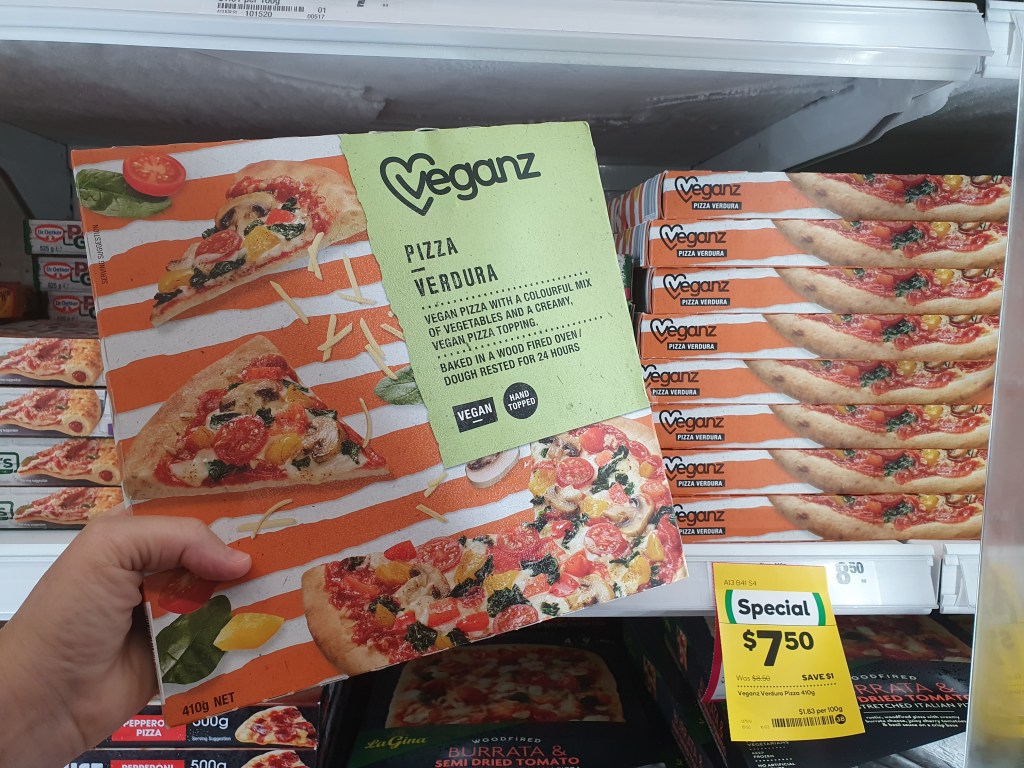 Italian in taste, vegan in recipe and sustainable in terms of agriculture, production, packaging and transport –the Veganz pizzas easily meet all the criteria and combine transparency, conscious consumption and authentic enjoyment. With the Eaternity label, Veganz is setting a new industry standard for sustainability and transparency.

Thanks to the sustainability score, the carbon footprint, water consumption, rainforest deforestation, and animal welfare are all visible directly on the product. This shows consumers the actual resource consumption of the Veganz Pizza Verdura.

“For me, this is a huge step forward within our industry, which is very much in need of transparency and more sustainability,”

By selling over 1.5 million Verdura pizzas alone, more than 915 tons of CO₂were saved in 2020.”It’s great to see how the increasing demand for plant-based products is driving rapid changes in Australia, and we are very excited to partner with Woolworths, who will offer our top-selling vegan veggie pizza Verdura in their frozen pizza range”, states Anna Brandt, Veganz Country Manager Australia –Oceania. 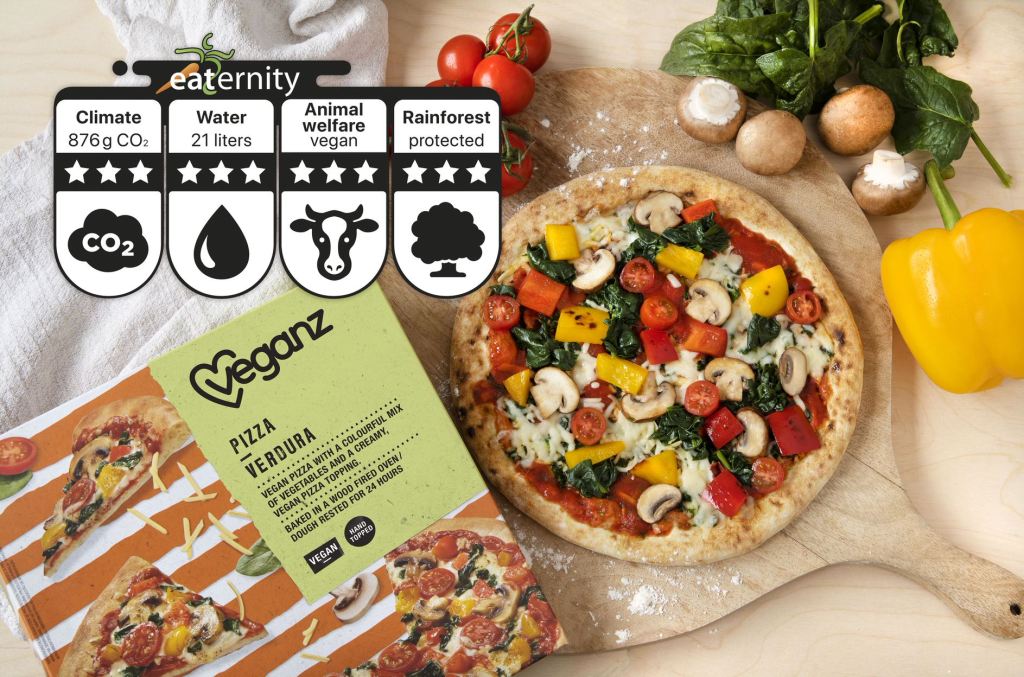 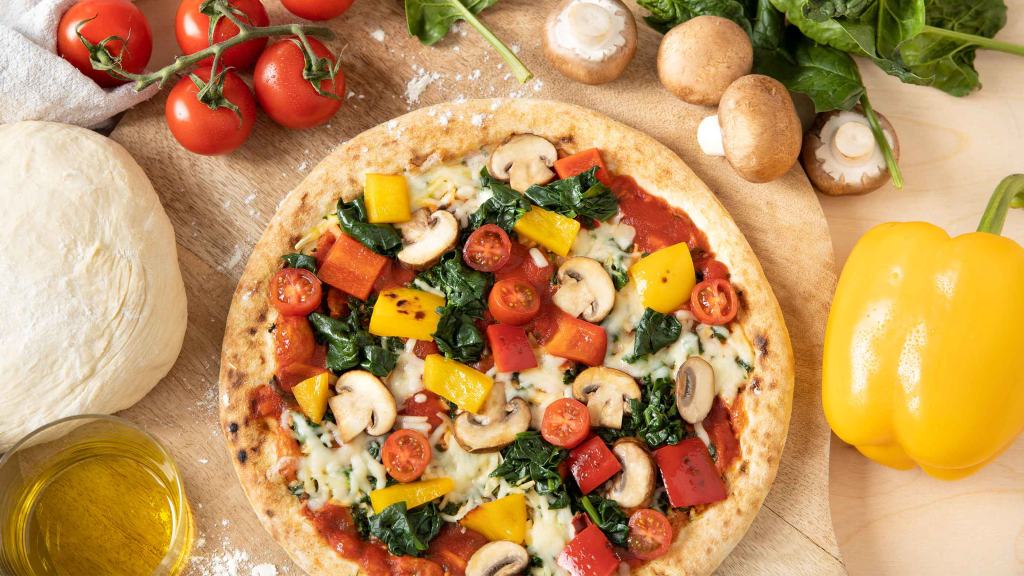