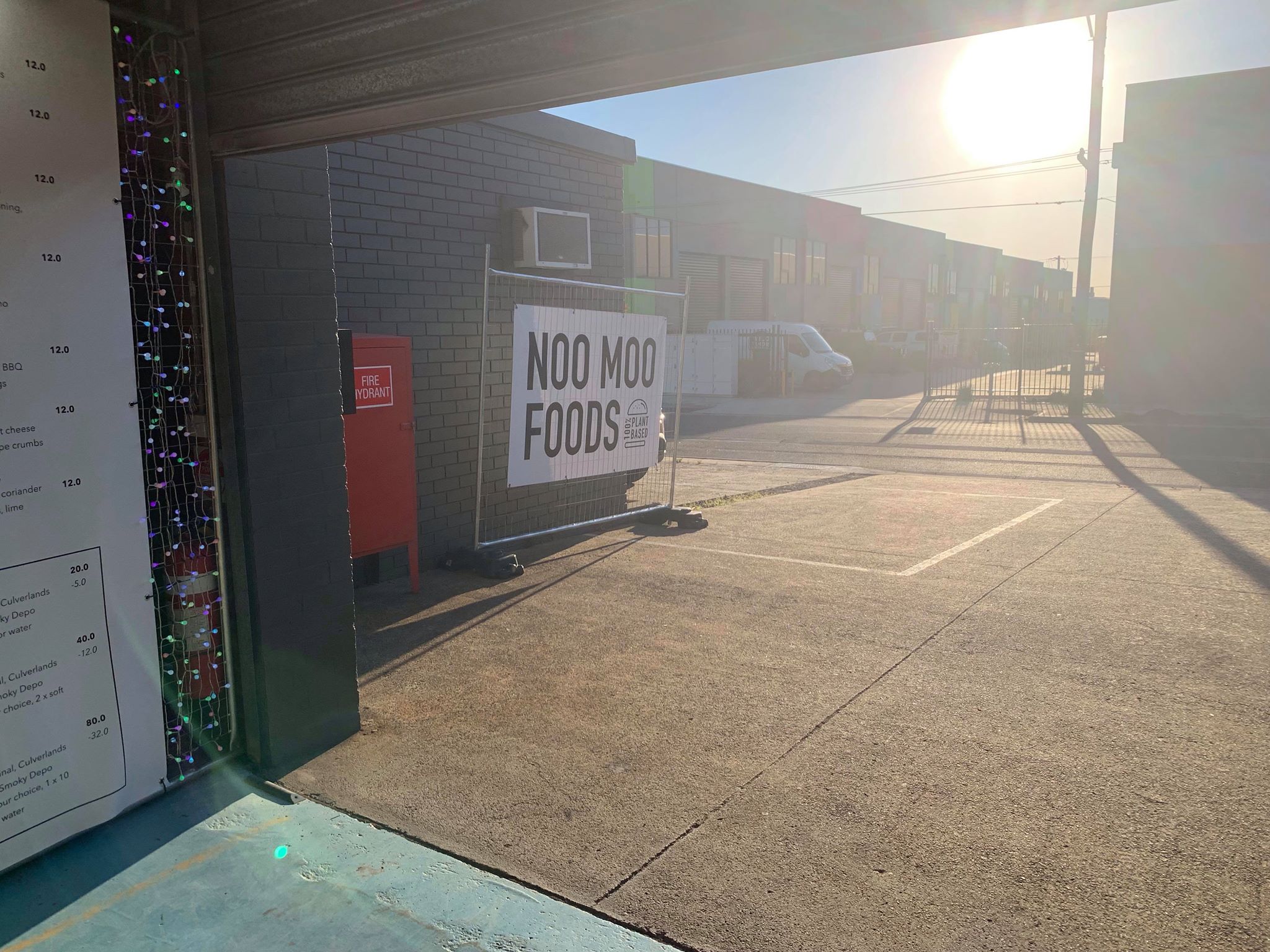 Brad & Lorraine may just be the most committed and hospitable couple in Melbourne’s vegan scene.

After health problems forced Brad to face some hard questions about his lifestyle a few years back, the vegan diet was presented to him as a way forward in the battle to win back his health. After years in the hospitality industry working in top restaurants as a head chef and consultant, Brad was pretty well equipped to explore a new way of eating, and a new way of cooking for that matter too.

A few short years later with a new lease on life, a few favours called in and the love and support of his close-knit family (who all work together on the venture) Brad was ready to launch NOO MOO, a small but warm and intimate family affair in West Heidelburg Melbourne.

Located within an industrial warehouse in a quiet industrial backstreet, what appears to be a simple operation is anything but. After meeting Brad for only a short time, it was clear to see why he had made it into the kitchens of many top establishments in a past life. The tell, Brad is a die-hard chef with a true passion for food. Whilst the NOO MOO space is that of a casual eatery, the thought, care and love put into everything they produce is of the highest possible quality. Almost all made from scratch, Brad joyfully explained to us his process and the reasoning behind the intricate combinations of ingredients and flavours.

After spending just a short time at NOO MOO, you are genuinely treated like part of the family, a feeling rare in the typical in and out style patronage of inner-city dining. We loved our time at NOO MOO and really couldn’t fault the food, service and genuine care that went into the whole operation.

After spending the time getting to know Brad & Lorraine, we thought we would return to ask Brad some questions about the place to give you even more of an insight into the team behind it.

So Brad, why did you start NOO MOO? Can you tell us a little about your journey to here?

It was really hard initially. But my health had to be the priority. My brother passed away 8 years ago from complications due to diabetes. I was having similar symptoms to the ones he had — like ulcers on my legs — it was serious. The doctor told me ‘mate we’re going to be cutting your leg off, or you’ll be dead’. Talk about a wake-up call. My wife first suggested a vegan diet. She was already pretty knowledgeable about the vegan world. I’m lucky to have someone who already knew about vegan food and eating.

I had started making vegan cheese and figured it would be a great thing to sell. Unfortunately, it’s very hard to get approval for selling cheeses. The certifications are expensive, and the numbers didn’t really add up (at least for now). So I pivoted to the idea of a vegan food trailer. The overhead was more manageable, and I could incorporate our cheeses into the burgers. I already owned a trailer, so the process was a little more achievable.

Tell us about the first 6 months, the ups & the downs so far?

Downs first. No customers, that was scary but we have grown slowly and are now pushing ahead with the bakery starting to get a little following on Saturday morning.  We appreciate the support we have from our great loyal customers.

You’ve started an amazing Pizza Night, tell us a little about this?

Bottomless Pizza Night started only due to a pizza oven that was for sale on Facebook for $150. I spoke to my father in-law who said he would have no problem installing it, so I purchased the oven and Vegan pizza night was born. Plus I need to think out of the box to get customers to venture out to the industrial area in Heidelberg West who doesn’t LOVE pizza right?! 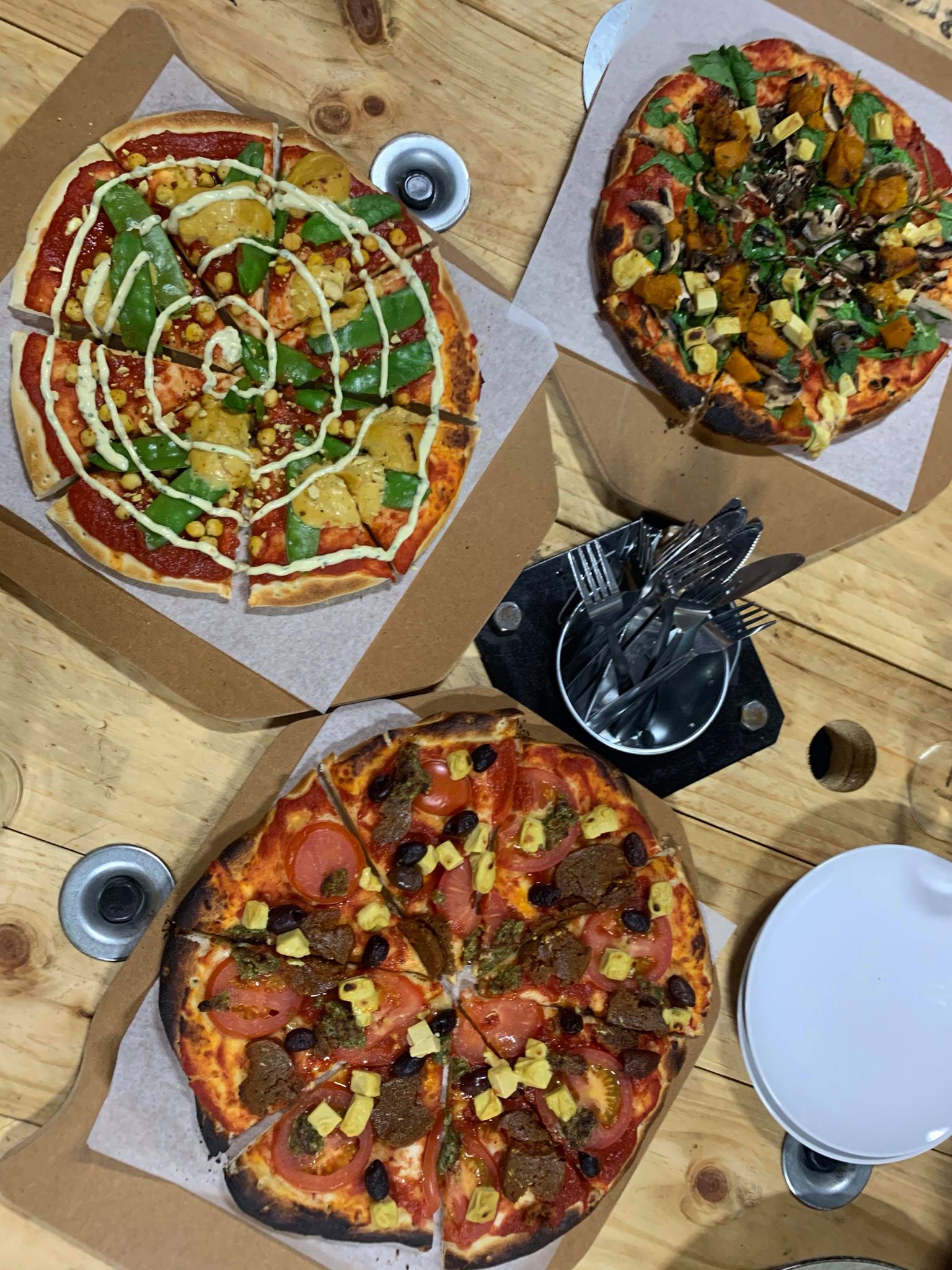 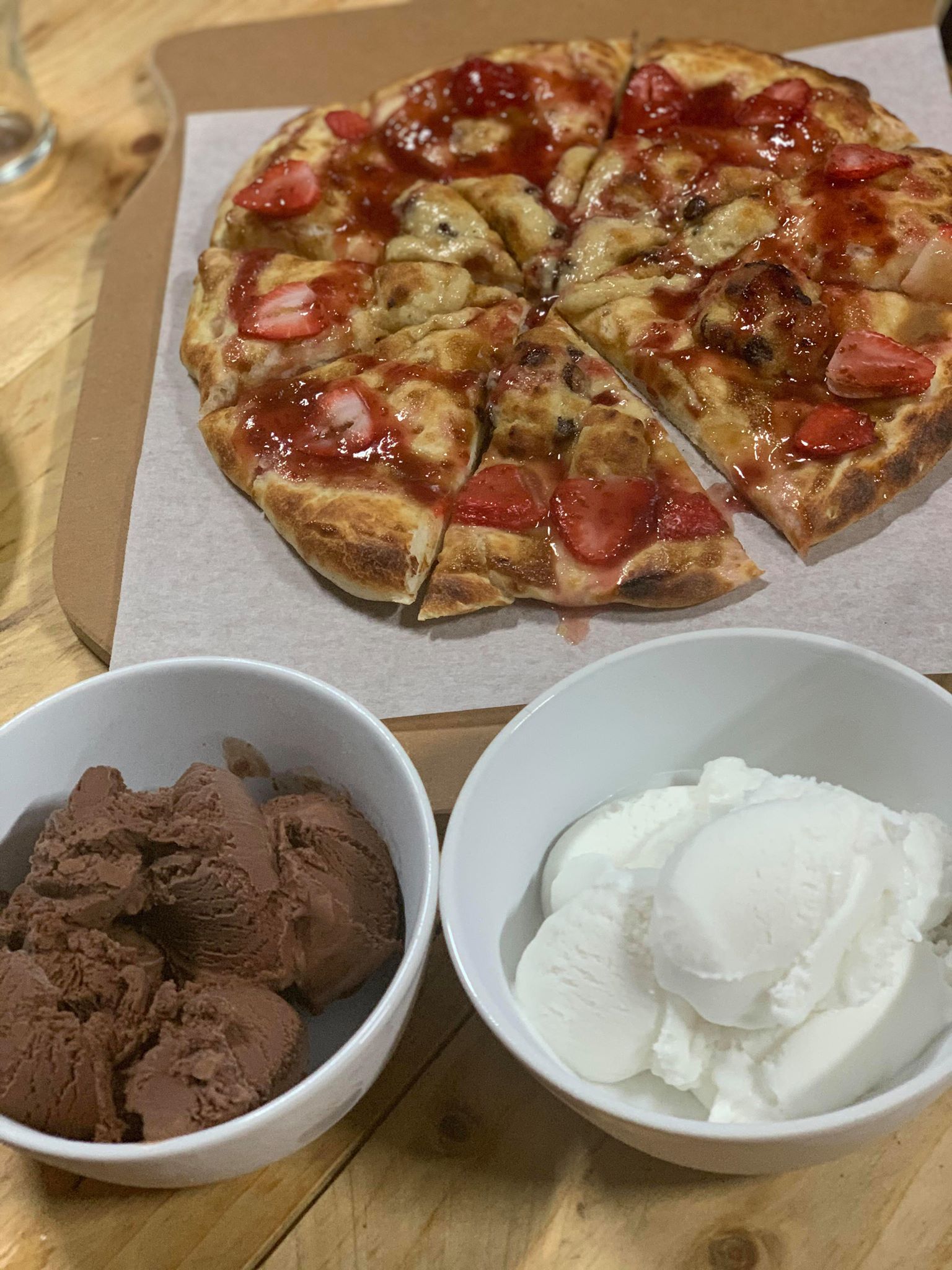 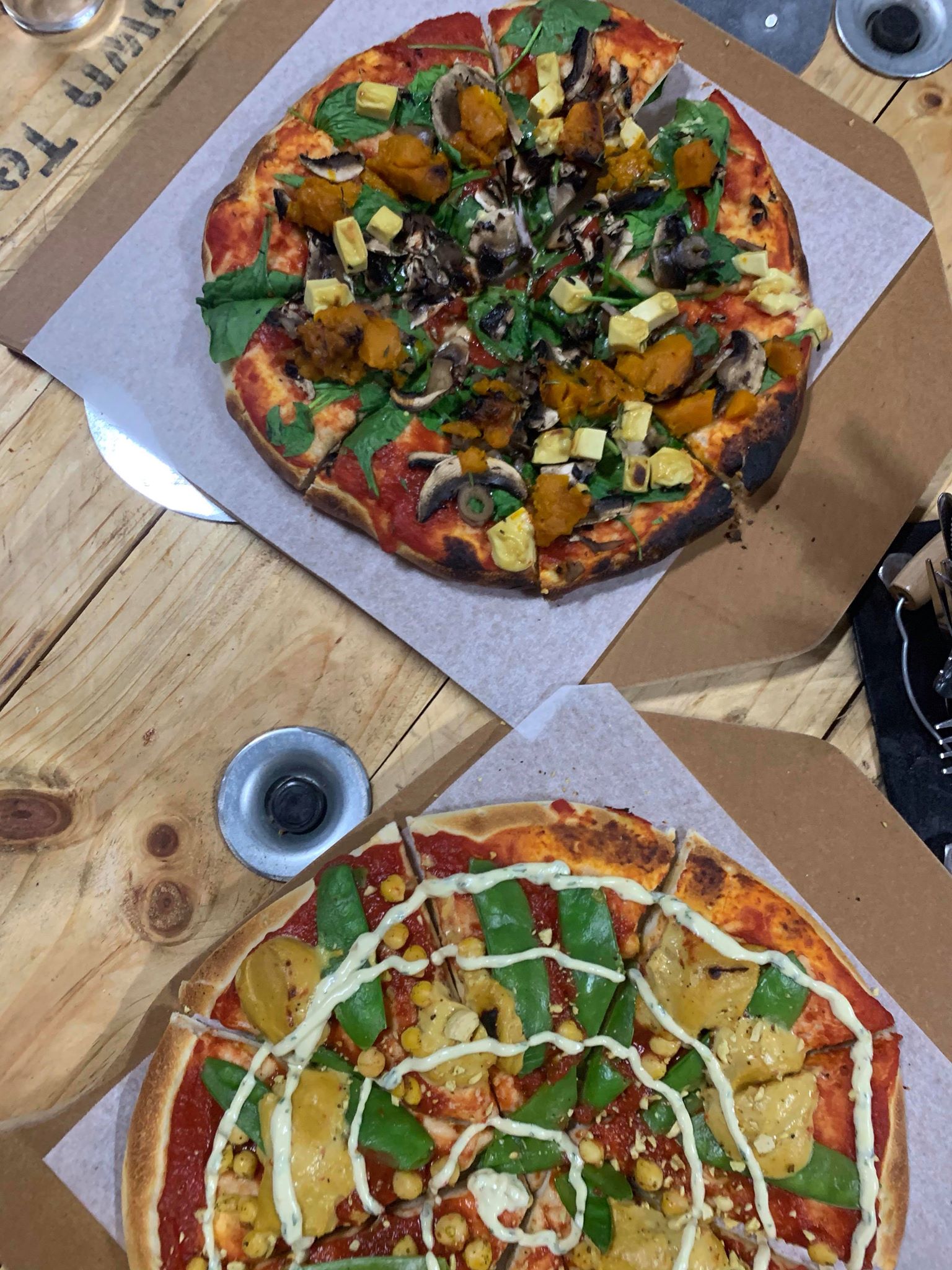 Where do you see the NOO MOO brand in 3 – 5 years, what’s the overall vision?

Noo Moo Foods in the future will be a co-op operation working with vegan, like-minded business under the 1 roof and hopefully on the road with the noo moo foods food truck very soon!

What other Melbourne or Australian eateries do you enjoy as a patron?

Who would be the ultimate vegan you would like to visit NOO MOO? 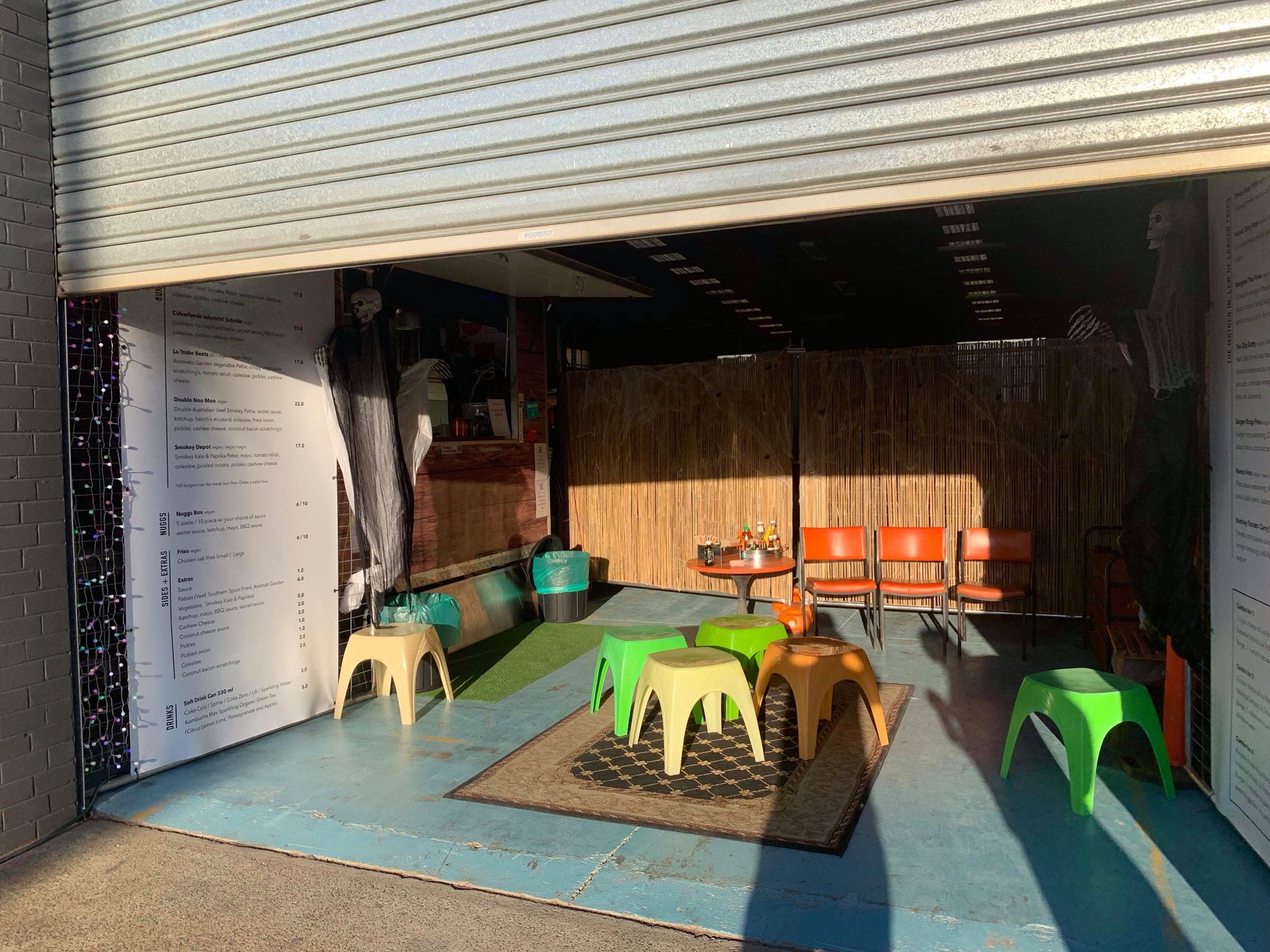 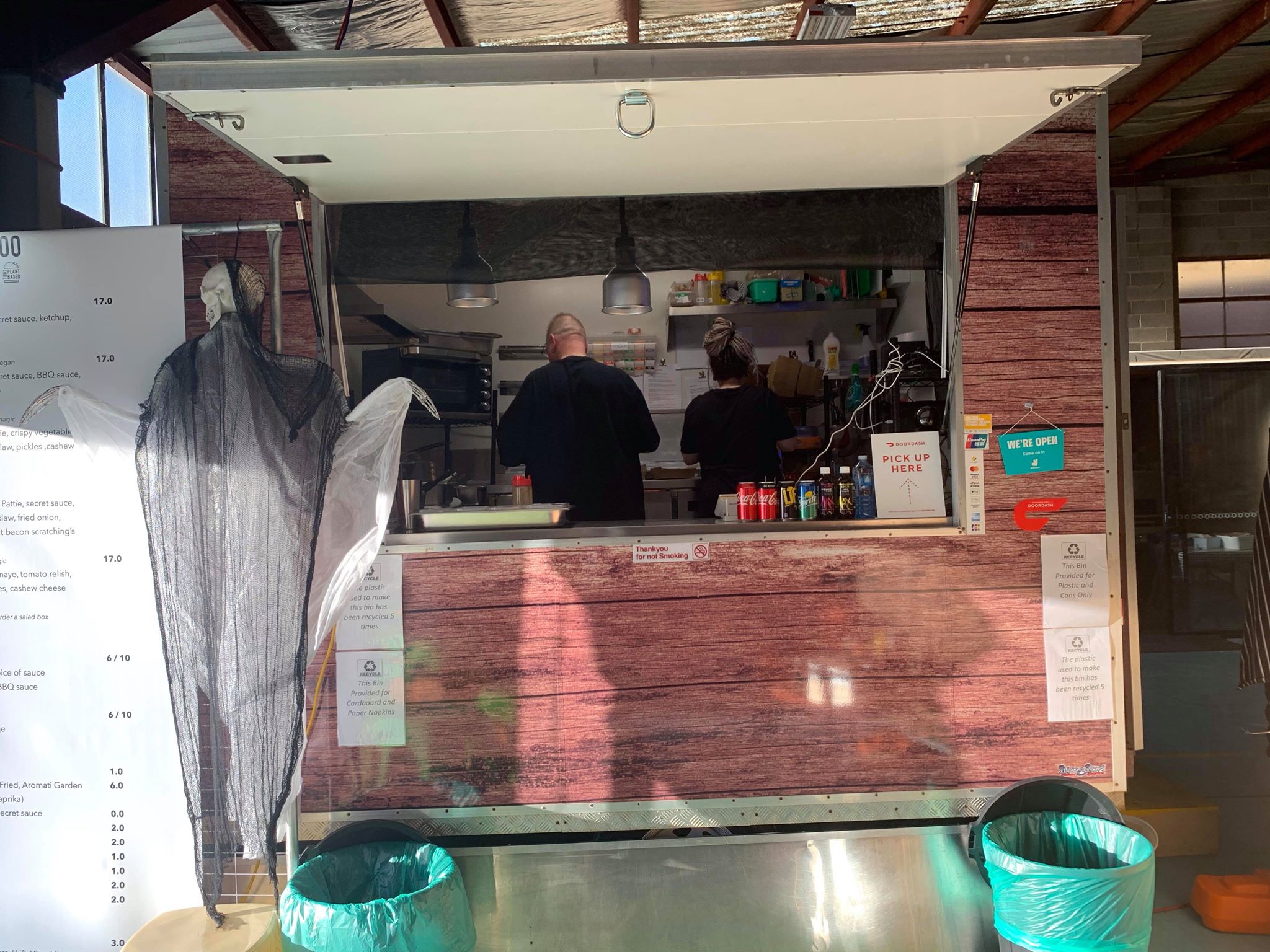 What new menu items can we expect in the next 12 months?

Well the new menu starts March 2020
Little teasers for you are:

Thank you so much for chatting and sharing with us and the community Brad!

We look forward to coming back soon to taste test the new menu!

NOTE:
Since speaking with Brad the city lockdown laws have meant that the kitchen and brand are now operating on a take-away basis with some menu items potentially changed. Be sure to check in on their website or social media to make sure you can get what you’re after!

Do yourself a favour and go and try the NOO MOO range today.