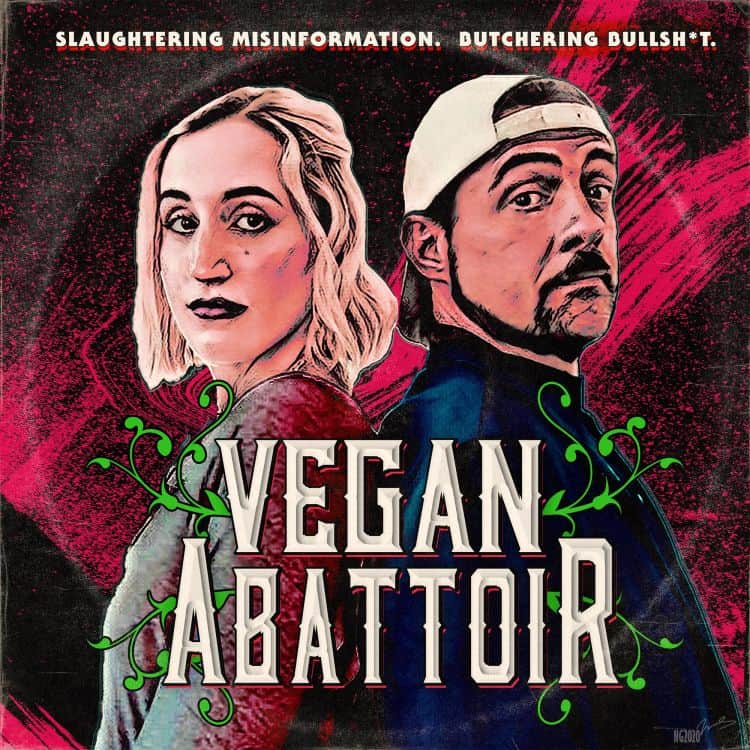 After a major heart attack, actor, funny guy, and Jay & Silent Bob actor Kevin Smith went vegan and made a huge transformation with his weight & energy. He says he made the transition and was ‘flipped’ by his daughter who was vegan prior to him.

Now with that very daughter Harley Quinn Smith, they have launched a vegan podcast called Vegan Abattoir! The podcast, as they describe it aims to slaughter misinformation and butcher bulls*$t about veganism.

Harley says in episode one of the podcast (which can be listened to below) that she wanted to start a podcast about veganism due to the common and overwhelming amount of questions she was receiving on her Instagram Account.

If the first episode is anything to go by, expect it to be loud, humorous, and even a little outrageous at times. Thanks to the quick wit and general personality of Kevin Smith it certainly won’t be boring!

So grab something to eat (that’s vegan of course!) and listen up to episode one of Vegan Abattoir below.

So What did you think?  If you enjoyed the Kevin Smith vegan podcast, be sure to check out more Vegan Podcasts Here.