v2 Food, the Australian plant-based meat company founded by Hungry Jacks founder Jack Cowin has just launched a fantastic addition to its range in the form of plant-based chicken.

v2food makes tasty plant-based meat that’s good for the environment and good for you and is produced here in Australia. We have discussed this fantastic company previously here, for those who want to read more.

v2 Food has just announced the release of their new range of plant-based chicken products in the form of v2schnitzel, v2tenders & v2nuggets!!

To celebrate the launch they are putting on the ultimate road trip with friend Chur Burger, heading up the East Coast of Australia from the 18th – 25th of March.

The team will be sampling v2tenders and v2schnitzel all the way plus a full menu of goodies will also be available, including some insanely good loaded fries made with v2mince.

Starting at the Melbourne Street Eatz Festival which will be home for 3 days then ending things up in beautiful Byron Bay – So if you are in any of the following areas then come along, say hi, and be prepared to be surprised by the amazing taste of the new plant-based v2schnitzel! 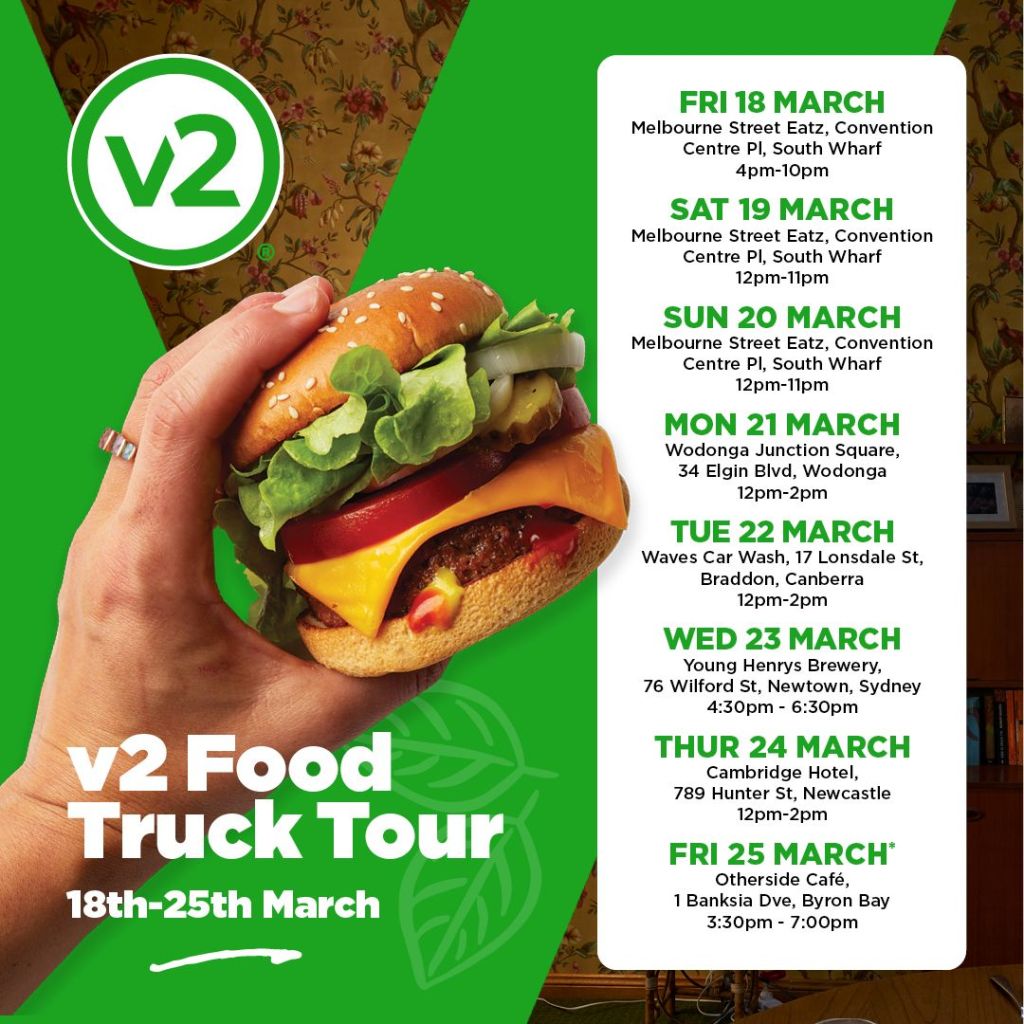 The team will also be giving away limited edition t-shirts and tote bags, designed by Sydney Artist, Nathan Pickering.

So what are you waiting for? Pencil this one into the calendar and go get yourself some v2 goodness.

To see more of the new range, be sure to give them a follow on IG HERE.

Take a look at even more v2 news here.