You really can have it all when you chose to go vegan. Once upon a time, going vegan meant boycotting the classics especially the ‘meat’ pie. Things are a little different now with so many of the traditional meat companies creating and releasing plant/based vegan options for the pie lovers amongst us.

Below is a selection of the vegan pie options available in Australia.

Yes, you read it right, Four’N Twenty has created a vegan pie. We can confirm this is as delicious as we remember a pie being. Keep a 4 pack in your freezer when the pie craving hits. The plant-based Four’N Twenty pie is available at service stations, supermarkets, and (soon to be) stadiums.

These guys have a huge range of plant-based pies in their range. From mock chicken to cheese, curry, bacon, and more. This place is a must for the bucket list when visiting Bondi.

Byron Gourmet Pies have four vegan pies in their range. They have a large list of stockists on their website. See here for a location near you.

Fry’s are a 100% plant-based business offering a huge range from sausages to pizza, pastries, pies, and more.

You can find Fry’s products in Woolworths and Coles as well as independent retailers and food service outlets.

Ferguson Plarre is now offering some plant base pastries, including a pie, pastry and a sausage roll. See their website for locations near you. 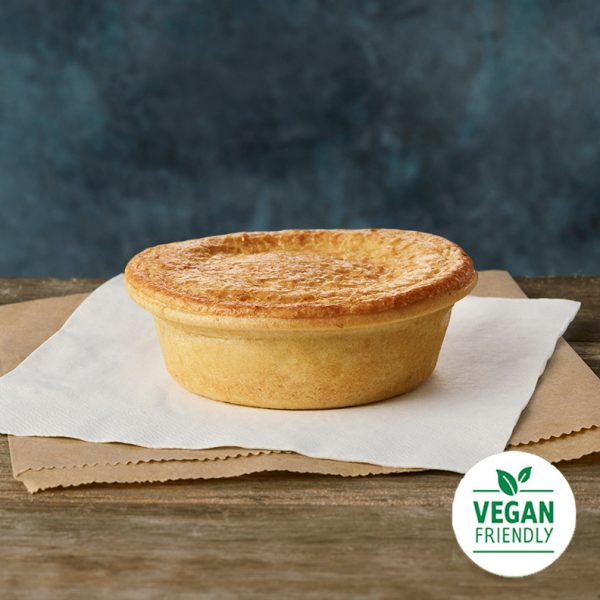 A convenient vegan pit stop. The plant-based pie is a must! and at a cheap price of only $3. Here are some other vegan options at 7 eleven.

That’s a wrap for vegan pies in Oz! We will update this post should there be any new offerings in the near future.

Be sure to let us know what you’ve tried and what you think should be added to this list!