Smith & Daughters is expanding! Here’s everything you need to know

Smith & Daughters with Smith & Deli are the brainchild brand of Shannon Martinez the chef famous for putting vegan on the map whilst being a meat-eater herself. Shannon has become a well known name in the culinary world with apperances on Mastershef, her successful resteruants as well as a slew of cookbooks and other products that she has prouodly produced over the years. In a post online this week, Shannon has announced that Smith’s will be expanding, combining and preparing for all out vegan dominence in Melbourne and beyond!

The new project is set to be housed in a new development in Collingwood, Melbourne which is already quite the mecca for vegan food in the city. Whilst the city is currently in a hard lockdown due to the ongoing situation, Shannon stated in the post “I know making a move like this seems crazy right now, but I’m sick of wating til things get better. If not now then when?”

So we wanted to find out just what exacly we can expect from this brand new project from Martinez.

Here’s what we know so far:

Martinez goes on to say that there is plenty more announcements to come and we will be keeping a keen eye out for any developments in the coming months. 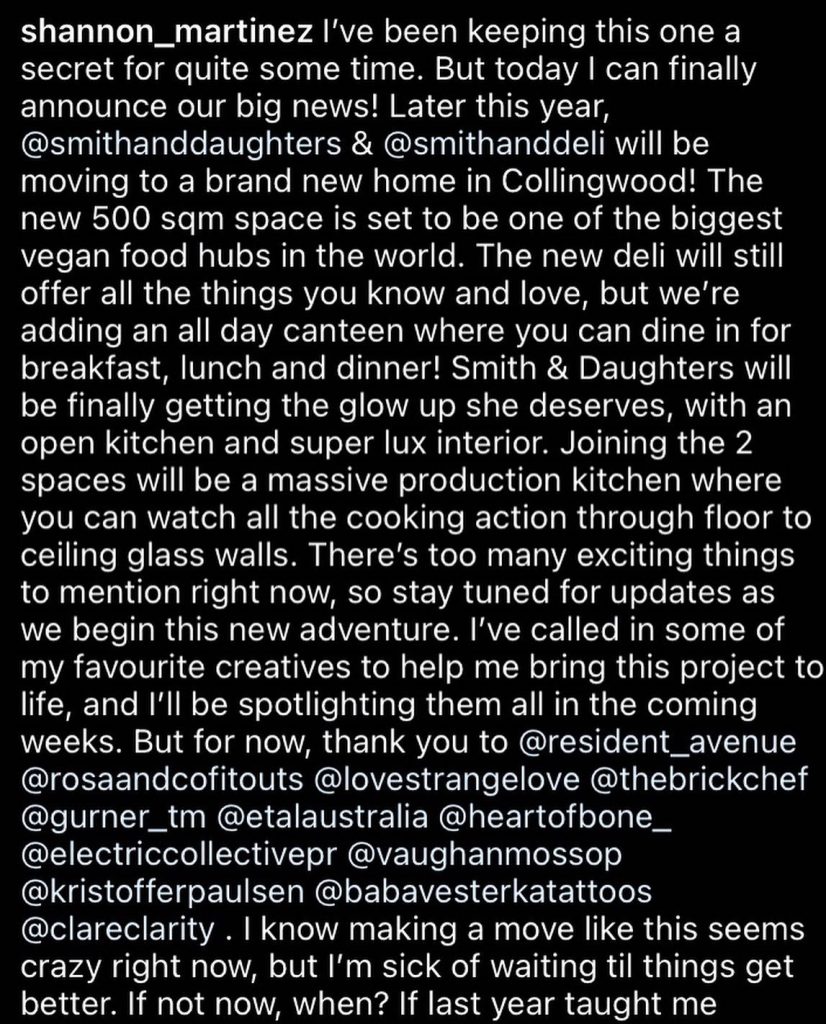 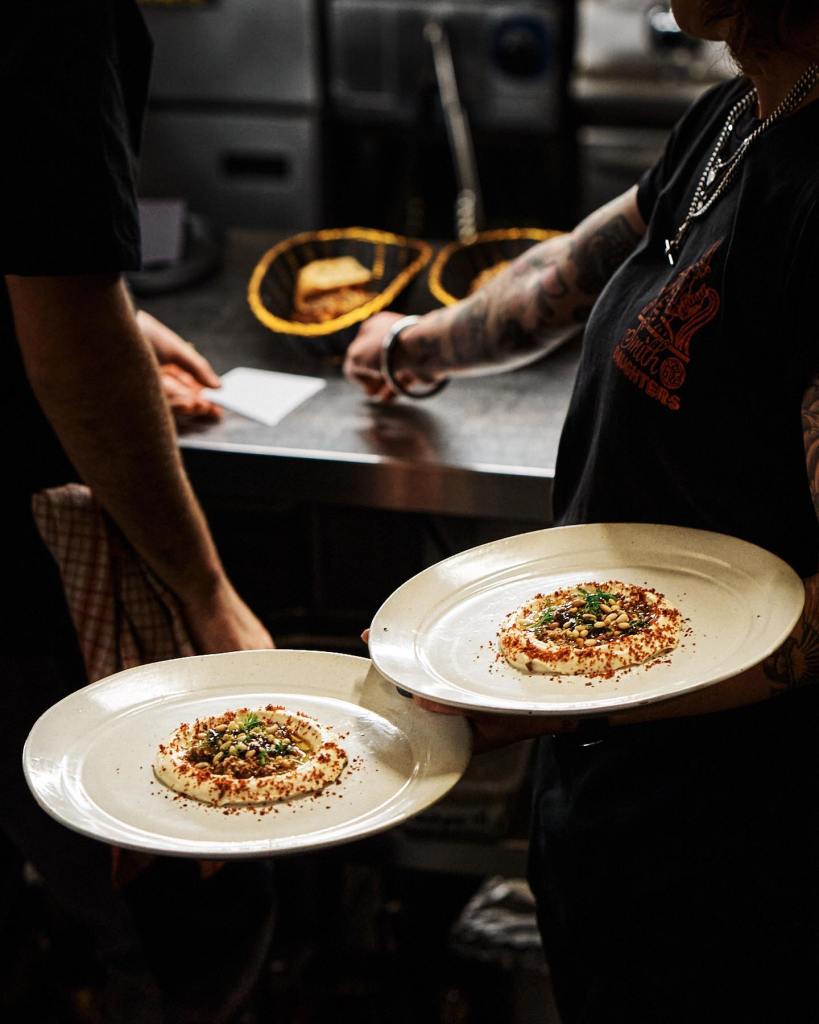 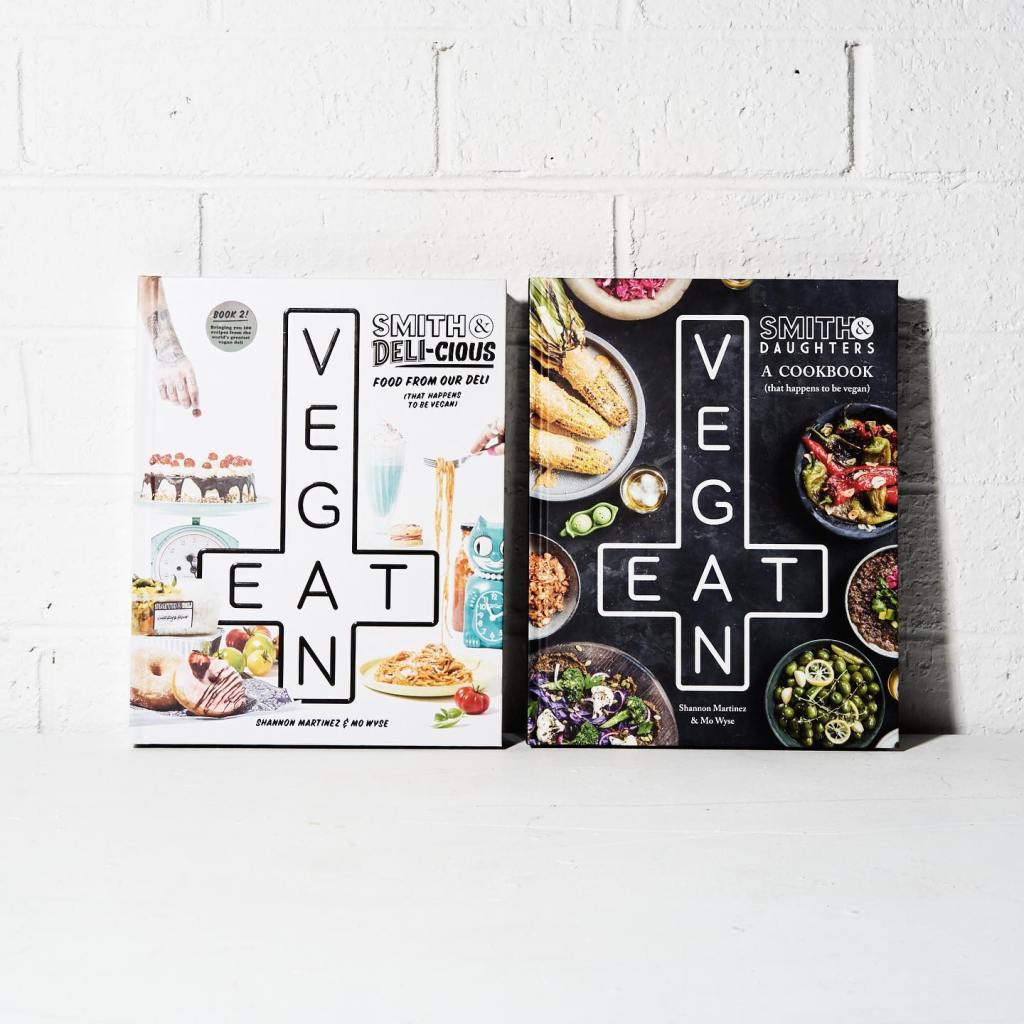 More on Martinez this week

Shannon has obviosuly been very busy during the lockdown period as just this week she has also announced a partnership with Chefgood the home meals kit company. Martinez announced that she has partnered with Chef

She said of the partnership:

I’m absolutely thrilled to annouce my partnership with Chefgood, a healthy and gourmet meal delivery service, as part of their Guest Chef Series. My delicious vegan meals are now live on Chefgood’s new Spring menu! We have been busy cooking some incredible plant based meals. Swipe to see 👉 One Pot Burrito Rice 🥘 A bowl of Mexican style rice packed full of ﬂavour, featuring black-eyed beans, capsicum, corn and avocado & Sweet Corn Congee 🥣 A nourishing congee flavoured with sweet corn, bok choy, mushrooms and chilli oil Place your order today to be the first to try these meals! 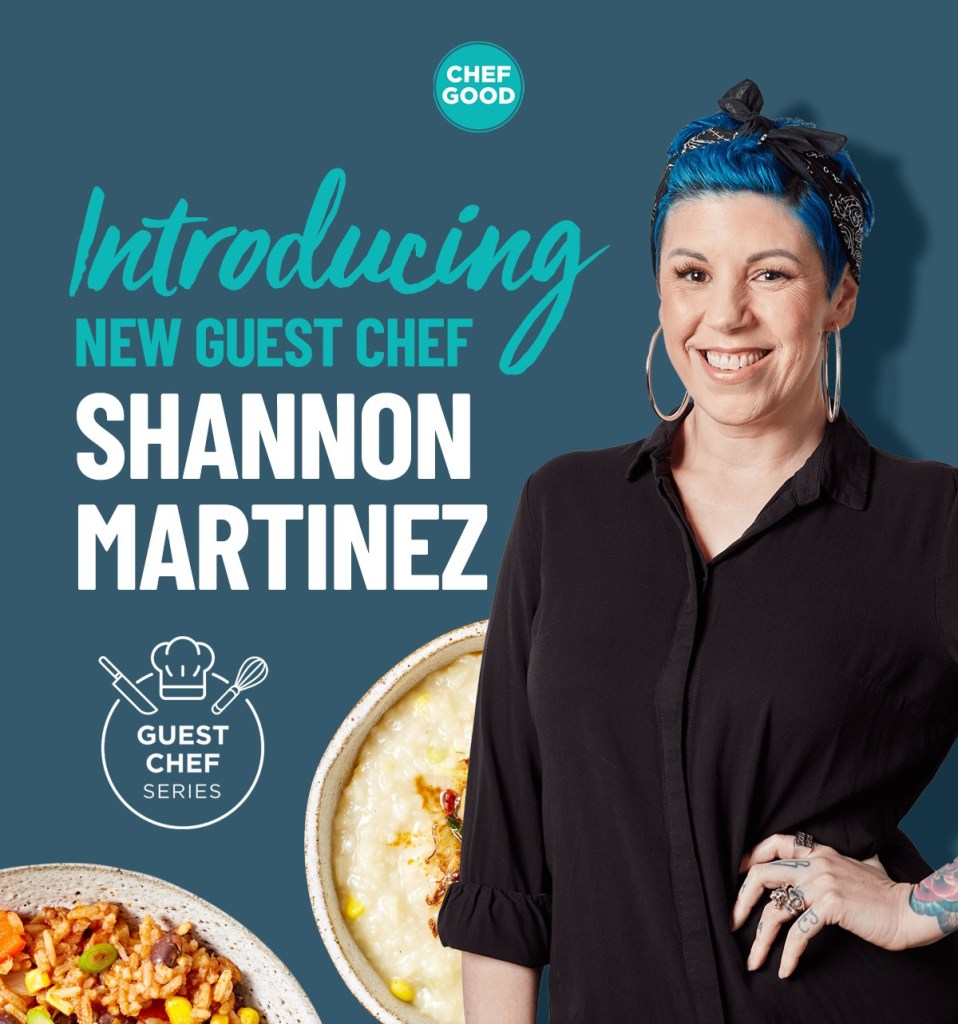 So there you have it, plenty of awesome things to come from the Smith’s team and Shannon Martinez herself. Be sure to follow her here for more updates and let us know if you try her Chefgood range!

A Vegan Chat With Shannon Martinez